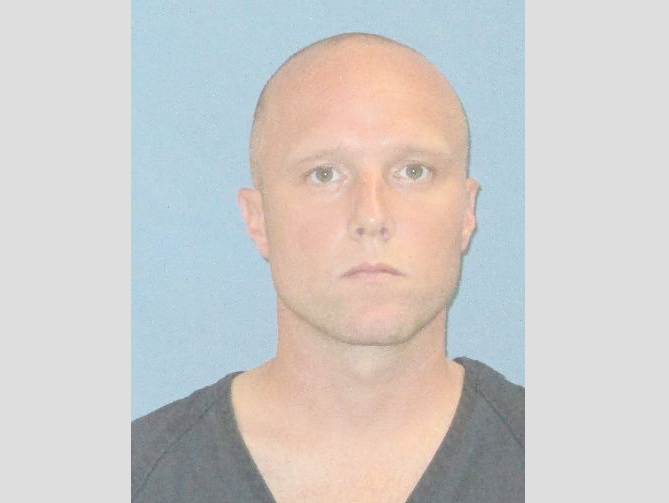 A Pulaski County Circuit judge reduced a rape suspect's bail from $250,000 to $50,000 on Thursday after questioning the strength of the evidence against the 35-year-old Alexander man.

Deputy prosecutor Katie Hinojosa contended that Nathaniel J. Collier is an extreme flight risk. She presented testimony that the former Marine is specially trained in outdoor survival techniques and used those skills to evade the federal marshals who were hunting him, sometimes using dogs, in the woods around his Reed Road home and Pinnacle Mountain.

She asked the judge to deny bail and hold Collier until his trial in February. He's been jailed since his Aug. 8 arrest. Police have DNA, collected from a sexual-assault examination the day his ex-girlfriend reported being attacked to the police, that supports the woman's accusations, Hinojosa said.

Bail cannot be punitive, but is intended to be a financial guarantee that defendants will show up for court and obey the judge's orders.

Emphasizing that he has yet to hear all the evidence and has not made a firm judgment about the case, Judge Barry Sims said the accusations as outlined by prosecutors and Little Rock police seemed "a little sketchy."

The judge also said he was satisfied that $50,000 bail, with Collier's mother as a cosigner, will be sufficient to ensure the defendant would make all court appearances.

Defense attorneys Bill James and Bobby Digby questioned the length of time authorities had taken to arrest and charge Collier, who did not testify.

The 31-year-old Little Rock woman went to police on Nov. 20, 2015, but investigators did not get an arrest warrant until June, despite having sufficient DNA evidence from the woman's exam to charge Collier as early as Feb. 4, 2016. That DNA evidence was even bolstered in January after police collected DNA directly from Collier, Digby told the judge.

The lawyers did not dispute that Collier had been with the accuser, but suggested her allegations against him are more about her regretting an overnight liaison with an ex-boyfriend than anything Collier did.

They asked the judge to consider how the woman waited at least 4½ hours after she said she'd been attacked to notify authorities, and later skipped an interview appointment with detectives.

Also questionable is the woman's account of being raped twice by Collier in an encounter that was book-ended by the attacks, which shows she passed up opportunities to call for help or escape, Digby said.

"She went to sleep with the man who'd just raped her laying right next to her?" Digby said. "Then she's awakened at 6 a.m. by him raping her again?"

Depressed over the death of her dog and losing her job, the "lonely and sad" woman said she'd invited Collier over to cheer her up. He arrived with a bottle of Maker's Mark bourbon and a pizza. The couple ended up kissing, but the woman said she refused Collier's sexual advances.

She told police he then "got a psycho look in his eyes," grabbed her by the neck and forced her to bend over a chair before raping her She said they later went to sleep in her bed, and he raped her again before leaving for work at 6 a.m. She went to the hospital about 10:30 a.m. for a rape examination, according to police testimony.

Detective Paige Cline told the judge that police had searched for Collier for months, first hoping to hear his version of events, then, as the investigation continued, to take a DNA sample.

She told the judge that Collier, who has family in Louisiana, also has a job that requires him to regularly leave the state, which further hampered efforts to find him.

Police Sgt. Jason Harris, who said he was part of a U.S. Marshals fugitive task force, told the judge that Collier was able to elude searchers, even on the two occasions they used tracking dogs, for three weeks by taking to the woods and using his training to live off the land. The task force typically needs only about three days to track down fugitives, he testified.

The search took on additional urgency, Harris said, after Collier's mother, Alice Peters, reported he'd shown up at the family home and said he was considering killing himself.

Peters said Collier was scratched up and looking significantly thinner, telling her that he'd walked to Reed Road from Pinnacle Mountain, Harris told the judge.

The police picked up his trail the next afternoon, which led them to the James Law Firm where Collier was meeting with his lawyers, the officer testified. He was satisfied with James' guarantee that Collier would turn himself in the next day, Aug. 8., and police left without arresting Collier, Harris said. James has a reputation with law enforcement for surrendering his clients when he says he will, Harris told the judge.