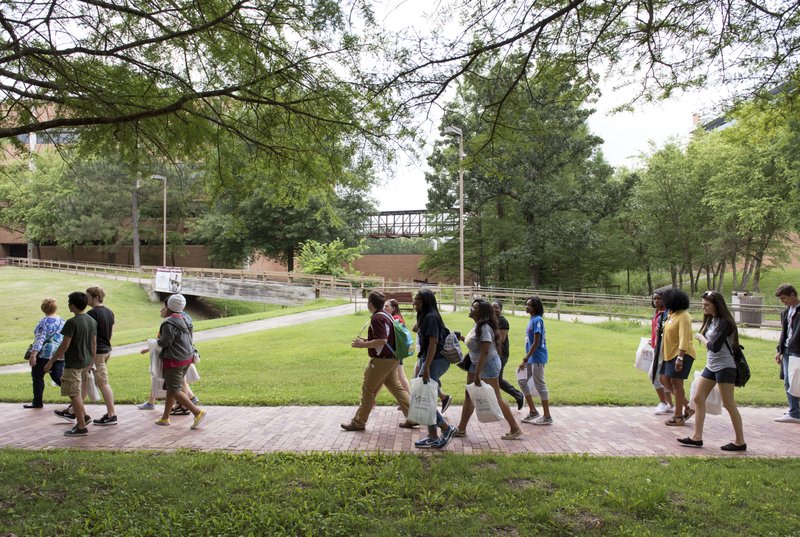 The number of students in Arkansas' colleges and universities continued to decline in the 2018-19 school year, preliminary figures released by the state Department of Higher Education show.

Overall, enrollment fell by 1.3 percent from the previous year, according to the department's report, fitting in with a 5.4 percent enrollment decrease at institutions in the state over the past five years.

"That's not earth-shattering. That's kind of natural. Up or down 1 percent, we kind of consider that a flat enrollment rate," department Director Maria Markham said in an interview Wednesday.

Still, she said improved economic conditions after the recession and Arkansas' low unemployment rates likely contributed to lower campus head counts. That's especially true for two-year colleges, which have not seen an increase in the number of students enrolled overall since 2014, she said.

"The economy was a lot weaker five years ago," said Michael Pakko, chief economist at the Arkansas Economic Development Institute. "The job market in Arkansas really started to pick up momentum in 2014."

Lower birthrates during and after the recession mean the downward trend will likely continue, Venit said. Additionally, children who grew up during the recession are now college-aged and more frugal, he said.

"It's kind of a double whammy," Venit said.

Markham said some institutions in Arkansas may have seen changes in their head counts related to individual strategy.

Some schools may have put additional focus on recruiting high school students for concurrent enrollment, such as Arkansas Tech University and the University of Arkansas at Fort Smith, while others may have decided that's not a part of their core mission, she said.

Others may have seen a decrease after tightening their admissions standards or have seen a boost a few years after doing so, such as Henderson State University, Markham said.

Jim Coleman, UA-Fayetteville's provost and executive vice chancellor for academic affairs, spoke about freshman enrollment at a meeting of the university's faculty senate earlier this month.

"You can see that we have leveled off the increase in freshmen. We were down by 72," Coleman said, referring to the 5,019 first-time entering freshmen this fall.

"Part of the reason that we were down a little bit is because of our intention to make sure that at least 50 percent of the new freshmen were Arkansans, and we do have a record number of Arkansans in the freshman class," Coleman said. The first-time freshman class includes 2,507 students from Arkansas, according to preliminary data from UA-Fayetteville.

Based on preliminary totals, overall enrollment, including graduate students, increased to 27,778 at UA-Fayetteville this fall compared with 27,558 last fall.

Andrew Rogerson, chancellor of the University of Arkansas at Little Rock, held an open forum at the campus' Donaghey Student Center on Friday, allowing a crowd of faculty and staff members to air their concerns about declining enrollment and budget cuts. The school's projected enrollment numbers and plans to suspend "nonessential" travel, training and conference attendance for university employees were announced publicly last week.

"Every university in America is dealing with this," Rogerson said. "Let's come out and be a strong one."

The state Department of Higher Education report shows that UALR had an enrollment dip of nearly 10 percent, the second-largest drop among the state's public, four-year universities. Overall enrollment decreased to 10,525 students, down by 1,099 from fall 2017.

Rogerson cited a survey the school sent to students who left UALR despite being in good academic standing and not having significant debt. Some of the reasons for not continuing included the high cost of tuition and fees, difficulty with the advising department and inconvenient class times.

The eStem Public Charter High School on the UALR campus, which welcomed 10th-through-12th grade students in 2017, also came under fire during the meeting.

James Houston, an information technology employee, said he has a niece and nephew who chose different public universities in Arkansas after touring UALR's campus and seeing high schoolers.

Other staff members said UALR's recruitment efforts should focus on Little Rock residents, as well as on adult and nontraditional students.

William Hall, who works in the school's public safety department, shared his story. Hall said he was struggling with homelessness when he had a chance encounter with a physics professor, who encouraged him to pursue the field. He now holds a Bachelor of Science degree.

"A big part of it is grassroots, simple-type activities," Hall said of increasing enrollment. "When I came to UALR, I literally came from the streets." 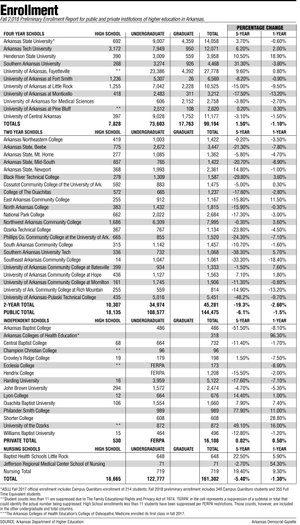