A proposed constitutional amendment to restrict lawsuit damages and attorneys' fees is a point of disagreement for the candidates vying for Arkansas House District 32, but it's also an issue where they find common ground.

Little Rock attorney Jess Mallett decided to run, in part, due to her opposition to Issue 1 -- a proposed constitutional amendment that would set caps on attorneys' fees, limit punitive and noneconomic damages in civil lawsuits and give the General Assembly rule-making authority over the courts.

Mallett, 32, a Democrat, is challenging incumbent state Rep. Jim Sorvillo, R-Little Rock. Sorvillo, an advertising consultant, co-sponsored the measure and voted to refer it to the Nov. 6 general election ballot.

Sorvillo, 70, supports the amendment because, he said, it would help prevent frivolous lawsuits and attract more health care providers and new businesses to the state. However, like his opponent, Sorvillo has reservations about giving lawmakers authority over the judicial branch.

"I don't personally believe that it should be the Legislature to oversee them, but that's how the amendment was worded," he said. "What it will do, I believe, it will help the amount of physicians we're able to retain. Our physicians are leaving the state."

The amendment would give more power to lobbyists and the wealthiest individuals and companies, Mallett said.

"Say a big corporation doesn't like how a court ruling came down, they could just lobby the Legislature to change the rule," she said. "One of the first rules they would implement is a loser-pay system, which would close the courts to everyone but the wealthiest and the corporations."

A lower court tossed Issue 1 off the ballot, but that ruling has been appealed to the Arkansas Supreme Court.

Sorvillo, a former Pulaski County justice of the peace, has held the west Little Rock district seat since 2015. Sorvillo grew up in Florida but made Arkansas his home more than four decades ago.

He said he first decided to run to give back to the community and bring his business experience to the state Legislature.

In a recent interview, Sorvillo said he's proudest of two measures he sponsored during his first two terms that passed without any dissenting votes. The first was a bill that requires state colleges and universities to fly the American flag and Arkansas flag on "all national and state holidays and at other determined times." The second was a resolution recognizing those who served at the 1980 Titan II missile explosion in Damascus that killed one.

The biggest disappointment, Sorvillo said, was the failure of three "puppy-mill" bills he drafted. The bills, he said, would've helped stop the commercial breeding of dogs in horrendous and unsanitary conditions. He plans to introduce similar legislation in 2019 if re-elected.

Out-of-state consumers looking to purchase working-line or specially bred dogs are leery of buying from Arkansas breeders for fear of getting an animal from a puppy mill, Sorvillo said.

"Falling in the top five in the number of puppy mills is a black eye," he said. "What I hope to do is make it a positive and make it where people would want to buy our animals here."

Mallett said she was drawn to make her first run at public office not only because of Issue 1, but also because of the state of public education in Little Rock and around Arkansas.

Mallett said that before she decided to run for office, she had begun researching where in the Little Rock School District her young daughter would attend.

"I realized how big a discrepancy Little Rock has in the different schools," she said. "And we don't even have a school board to address those problems."

She added that in Arkansas, teachers are "underpaid and over-regulated." Improving education, she said, begins with taking care of teachers, which will in turn improve the economy and attract employers.

Mallett also said she's running to help reduce the amount of money wasted in state government. The Legislature, she said, costs taxpayers too much money when it passes "unconstitutional" laws that rack up costs when the state defends them in court.

Sorvillo and Mallett both support Arkansas' version of Medicaid expansion that uses federal and state funding to provide health insurance to about 260,000 low-income Arkansans. However, the candidates disagree on the program's new work requirement.

Arkansas in March became the third state granted a federal waiver to implement a work requirement on eligible adults; a lawsuit challenging the requirement was filed last month.

Sorvillo said the work requirement is "fair," and it only applies to the "able-bodied." He also thinks it can boost employment and, in turn, the economy.

Mallett said she would oppose Gov. Asa Hutchinson's next proposed income tax cut, which would consolidate the three individual income tax tables and gradually cut the state's top individual income tax rate from 6.9 percent to 5.9 percent. State officials expect the plan to reduce annual revenue by about $192 million. Other income tax breaks were passed earlier benefiting people making up to $75,000 a year.

"We don't have good infrastructure," Mallett said. "Our public schools are hurting. Our teachers can't get raises, but we're going to give a tax break to what essentially amounts to the wealthiest people in Arkansas? Before we start lowering taxes and taking away money from the state, we need to actually fix what's going on."

Sorvillo supports the proposed tax cuts, saying they'd bring Arkansas' overall tax burden more in line with neighboring states. How the cuts are implemented will be important, but the cuts should result in more money being injected into the economy, particularly small businesses, he said.

Sorvillo opposes abortion. He said it's a personal choice for mothers whose lives are in danger or in cases of rape or incest.

"When I look at pro-life, I look at life, period," Sorvillo said, noting that there are alternatives available such as adoption. Sorvillo has four adopted grandchildren.

"If you ban it, it won't stop abortions; it will only stop safe abortions," Mallett said.

Mallett hasn't decided how she'll vote on a ballot measure that would raise the state's minimum wage by $2.50 an hour to $11 per hour by 2021. She said she supports having a minimum wage that is a "living wage," but she said she's not sure what that dollar amount is.

Sorvillo said he'd prefer that minimum wage be tied to the cost of living. Arbitrarily raising the minimum wage, Sorvillo said, could discourage those earning the lowest wages from moving up the income ladder. 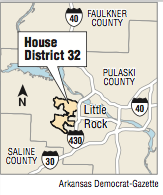