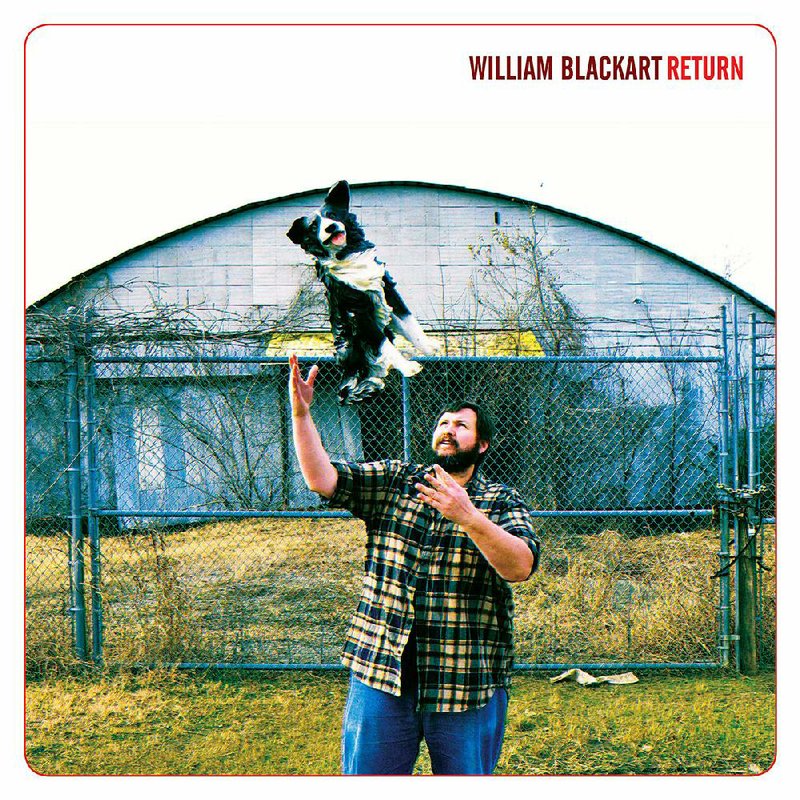 "Return," the title cut of William Blackart's new LP, is the last song on the record and one of the most powerful. It's an austere thing, just an acoustic guitar, Blackart's unvarnished voice and lyrics dripping with vulnerability.

"Stillborn but still born believin'," he sings, hanging his faith on a dim light before the dawn.

"One of the things that song deals with is the idea of reincarnation, so the title really fit well," Blackart says.

The 10-track, self-released album is a showcase for Blackart's powerful, rough-hewn poetry and spare, country-folk meditations. He will celebrate its release with a show Friday at White Water Tavern in Little Rock. Colour Design and Fiscal Spliff will also perform.

Arrive early, by the way, as Blackart, whose set will be mostly acoustic, will open the evening before giving way to his louder buddies in Colour Design and Fiscal Spliff.

"Sonically, it makes more sense," he says. "Plus, I can just kick back and enjoy the show."

His set won't be completely unplugged. He will be joined by Little Rock singer-songwriter Adam Faucett and his band The Tall Grass -- drummer Chad Condor and bassist Johnny D -- for a few songs Friday.

"It'll be William Blackart and The Tall Grass," he says with a chuckle.

Blackart, who lives in Danville, grew up in Yell County and was writing songs before he had a guitar.

"I hit middle-school age and got into Nirvana, and then I progressed into punk rock," he says. "I was making up songs in my head. When I was 15, I finally got a guitar and I started putting those words to music, but it took me a minute to figure out how to play."

He met Faucett in 2000 when they were both at Arkansas Tech University in Russellville, where Blackart studied journalism.

They got a gig playing at a coffee shop and became friends, hosting a show together on the Arkansas Tech student radio station. The Little Rock-based Faucett produced Return and, along with Condor, plays on several tracks.

The album is actually the long-gestating follow-up to Blackart's 2007 debut, Left.

"It had a lot to do with money and timing," Blackart says of the delay. He worked off and on with his friend and sound engineer Mitch Vanhoose, and kept writing songs during gaps between recording sessions.

Return started to take shape about three years ago at Blue Chair Studio B in the Lonoke County town of Austin, where Blackart worked with Faucett and engineer Daniel Cox, the latter of whom is also a member of Colour Design.

"I definitely wanted to thicken it up a little more than the first one," Blackart says of the sound he was trying to achieve.

The result is an album with about half of the tracks featuring Faucett and Condor adding instrumentation and half with just Blackart and his guitar.

Return starts with "Devil May Care," a slow-tempo affair that has a loose, loping groove and that sounds sort of like early Drive-By Truckers mixed with Crazy Horse. The original version was a solo arrangement that didn't sit well with its composer.

"It was my least favorite song," Blackart says. "It needed something, so we added the other stuff to it. It wasn't much -- a couple of electric guitars, I laid down the bass and Chad played drums. After we finished, I thought it would make a really cool opener."

"The Criminal" has an atmospheric electric guitar and backing vocals that wouldn't sound too out of place on a Mazzy Starr album. The folky character study "Dear Diane," Blackart says, is about "the traps of where you come from" and "Atlantis Calling" is a more abstract workout that tackles heady stuff like "why we are who we are, and why we do the things we do."

After the release party on Friday, the road beckons for Blackart, who has shared bills with the likes of Richard Buckner, Cory Branan, Dax Riggs, The Legendary Shack Shakers and others.

"I'll definitely be touring," he says. "I have some dates on the East Coast in November. It's all in the works and I'm looking forward to it."