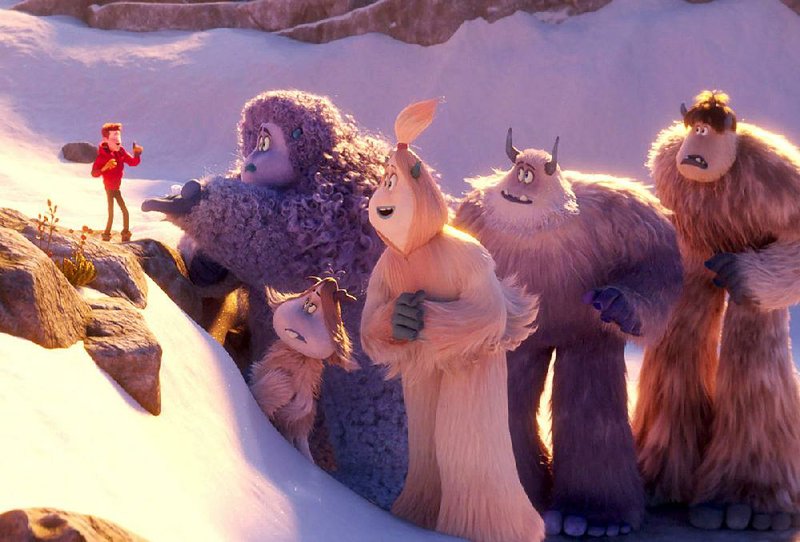 Smallfoot has a subversive point to make with its cute, overgrown abominable snowmen. It's too bad you'll have to be awake to catch it.

Despite a voice cast full of marquee actors and some solid animation, the film is pleasantly dull. Director Karey Kirkpatrick's previous movie Over the Hedge was similarly packed with famous performers, but it helped that most of them had distinctive voices, and that their cartoon personas were a custom fit. You can't go wrong casting Wanda Sykes as a defiant skunk, Nick Nolte as a menacing bear and William Shatner as a possum who's a little too eager to show how skillfully he can play dead.

Rating: PG, for some action, rude humor, and thematic elements

In Smallfoot, Channing Tatum plays a yeti named Migo. Tatum's speaking voice is agreeable and expressive enough to give the digital animators a workout, but there's isn't anything unique about his pipes. As a yeti, he's simply likable. Apparently, his storied abs weren't available for a separate recording session.

Like all the other yetis in his Himalayan village, he has never ventured below the cloud cover of the mountain and considers it the edge of the world. All of the laws and history of the tribe are literally written in stone tiles on the ruler's jacket. Because the Stonekeeper is played by Common, he has an added sense of authority.

Migo has a crisis of faith when a lone human pilot crash-lands on the side of his mountain. Seeing the small pilot (Jack Quaid) instantly alerts him to the fact that smallfeet (or people) are real, not mythical. Migo soon discovers other yetis share his doubts, including the Stonekeeper's daughter Meechee (Zendaya). They venture below the cloud line and discover a village full of humans, including a frustrated nature host named Percy (James Corden). Fearing low ratings, Percy hopes that filming himself with yetis will improve his Q rating.

Sadly, what most smallfeet and yetis know about each other is dead wrong. Migo and Percy's learning would be more engaging if we could share in their discoveries. Curiously, the script Kirkpatrick wrote with Clare Sera from Sergio Pablos' Yeti Tracks has either been too heavily revised or not tweaked enough. The pilot only shows up toward the beginning and barely leaves any impression later. Kirkpatrick once wrote the classic Aardman feature Chicken Run, so it's a shame he seems to have run out of vivid characters and snappy dialogue.

A lot of time that could have been spent developing the characters and the scenario gets lost because Kirkpatrick and company simply discard relationships and plotlines before they can go anywhere.

As stated earlier, Common's deep stentorian voice works perfectly for the seemingly wise Stonekeeper, and, as a purple yeti named Gwagni, LeBron James (Trainwreck) demonstrates he still has his comedy chops. The other yetis, however, are just big and furry. It's hard to get worked up over Corden's opportunistic Percy or the interchangeable beasts on the other end of the mountain. Corden is so much more fun trading verses with other singers in his car.

As much as I would like to applaud a movie for challenging kids not to take what adults say to them at face value, Smallfoot just left me cold.