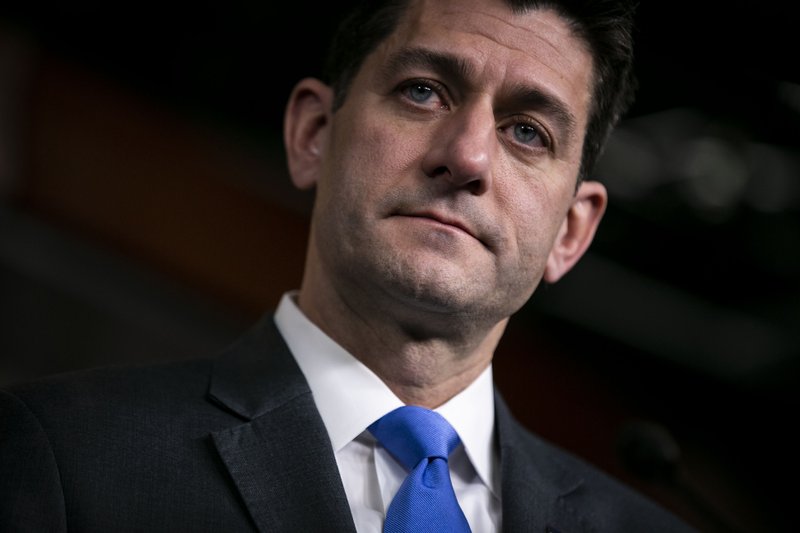 WASHINGTON -- House Republicans pushed through a new round of tax cuts Friday that would permanently extend many tax cuts for individuals in President Donald Trump's signature law, removing a provision that scheduled many of the individual cuts to expire within a decade.

During the debate over the tax law, Democrats frequently attacked Republicans for legislation that contained permanent rate reductions for corporations but temporary ones for individuals.

The Senate has no intention to take up the bill, which is projected to add more than $600 billion to the national debt by the end of the next decade and much more beyond that.

But House Republicans moved the measure Friday, five weeks ahead of midterm elections that will decide control of Congress, in an effort to refocus attention on Trump's top legislative accomplishment, as well as to put Democrats in the position of voting against giving permanent tax cuts to individuals at all income levels.

"This relief goes to middle-class families and low-income families working their way up," said Rep. Kevin Brady, R-Texas, chairman of the Ways and Means Committee, of Friday's measure. "Who do you trust: Washington to spend your money, or you and your family?"

The bill passed 220-191. Passing the legislation was the final item on House Republicans' agenda before adjourning to spend the next month campaigning for re-election.

Democrats termed the legislation another "tax scam" that primarily helps the wealthy while adding even more to the nation's $21 trillion debt. And Democrats warned repeatedly that the legislation would threaten Social Security and Medicare, claiming the GOP would ultimately seek to cut those programs to pay down the debt -- an accusation Republicans dismissed as scare tactics.

But unlike the first tax law last year, when Democrats were unanimously opposed, this time three House Democrats joined the bulk of Republicans in voting "yes."

Two of them -- Jacky Rosen of Nevada and Kyrsten Sinema of Arizona -- are running for Senate in tight races against Republican opponents who backed the original tax law.

Rosen and Sinema had both voted no on the first law, and have come under attack from Republicans on the issue.

The tax bill that became law in January permanently cut the corporate tax rate from 35 percent to 21 percent. This corporate tax cut was accompanied by more modest rate reductions for individuals at all income levels, but those individual cuts are set to expire in 2025. The law also temporarily doubled the standard deduction claimed by most filers, and temporarily doubled the Child Tax Credit to $2,000 per child.

The cuts were made temporary to limit the bill's projected additions to the deficit, an effort to make the bill qualify for Senate procedural rules that allow some legislation to pass by a simple majority. Without using those rules, Republicans would have been unable to overcome Senate Democrats' opposition to the measure.

The legislation passed Friday by the House would make the individual tax cuts permanent, and also lock in place the doubling of the standard deduction and of the Child Tax Credit.

The new package also would make permanent the Republican tax law's new $10,000 cap on how much taxpayers can deduct from their state and local taxes. That policy, intended to offset the enormous price tag of the original law, has been criticized by Republicans and Democrats in states like New York, New Jersey, and California, where taxpayers are more likely to be affected by the cap because their states have high taxes.

For that reason, a group of Republicans from Northeastern states joined Democrats in voting against the bill.