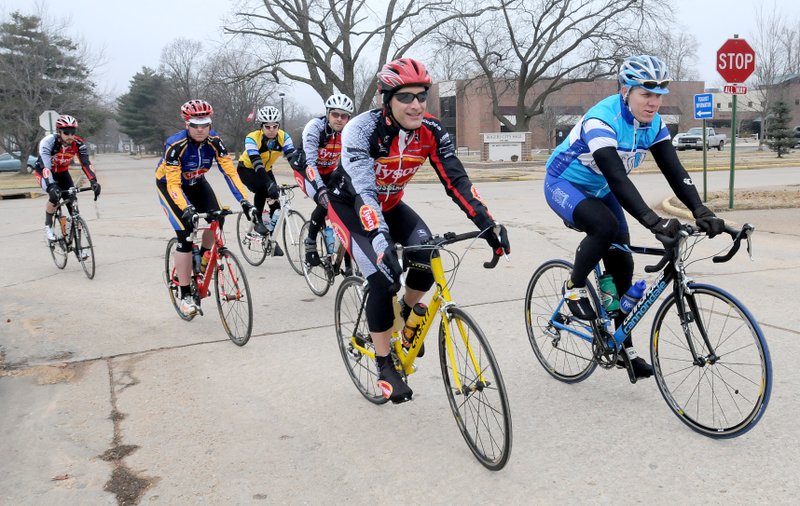 Bicyclists will be able to treat stop signs as yields and red lights as stop signs under a bill signed into law this week by Arkansas Gov. Asa Hutchinson, a change supporters said would make cyclists safer while also improving traffic flow.

Hutchinson signed Act 650 into law on Tuesday, and it will go into effect on July 1.

Joe Jacobs, the chairman of the governor's Advisory Council on Cycling, said in a statement issued by the Arkansas Department of Parks and Tourism that the new law amounts to a safety improvement for cyclists because they will "be able to move through before traffic begins to flow during light changes."

Morgan Lommele, director of state and local policy for the group PeopleForBikes, said in the statement that studies show cyclists are "safer when they are able to get a head start at intersections, and they become more visible to the drivers behind them."

Jacobs said the benefits extend to traffic flow as well "as cyclists will no longer need to hold up traffic at the lights or stop signs."

"Cars and trucks won’t be stuck behind them as they start moving and will be better able to make the next timed light,” he said.

The statement noted that the law "does not change any right of way for vehicles using the roads and all other traffic laws still apply."

Arkansas is the second state to add a law that covers both stop signs and red lights. Only Idaho, which passed its version in 1982, has also addressed both.

State Sen. Missy Irvin, R-Mountain View, who co-sponsored the bill along with state Rep. Jay Richardson, D-Fort Smith, called the new law a "win for everyone in the state."