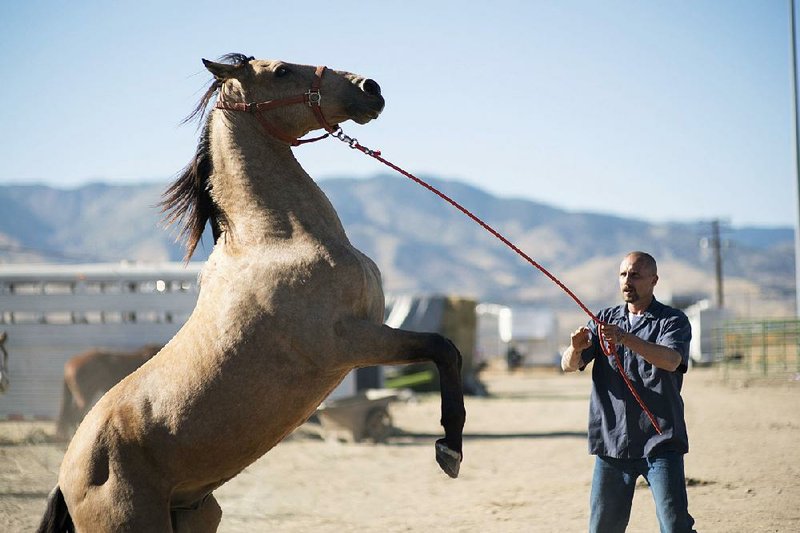 If The Mustang has anything to teach it's that calling convicts "animals" is an insult to inmates and the beasts. The heinous acts that got people behind bars don't always reflect their full character, and animals can often help us become the better people.

Basing her story on a real-life program that takes place in Nevada and other states, freshman feature director Laure de Clermont-Tonnerre and a horde of co-screenwriters craft a story about bonding with horses that's uplifting and refreshingly candid. Clermont-Tonnerre depicts that equine therapy in a way that demonstrates the good horses can do for people without making the process look easy or pat.

Rating: R, for language, some violence and drug content

Belgian leading man Matthias Schoenaerts (Far From the Madding Crowd) plays an angry convict named Roman Coleman, who is rotting in a Nevada prison. Roman is at odds with his pregnant daughter (Gideon Adlon) and when the pen's psychologist (Connie Britton) asks him what he might do when he gets out, he offers little more than grunts. Roman clearly fears life on the outside.

Curiously, he becomes newly hopeful when he's assigned to help take care of wild mustangs kept outside the prison walls. Much of the labor simply entails cleaning up the pens where they are being held, but eventually the convicts involved are called on to help tame the animals so that they can be sold in auction to police and border patrol agents.

Roman isn't necessarily a natural at the task, but he slowly bonds with a horse that resists all the other trainers. His behavior is reflective of Roman's, but the convict and the horse don't like each other right away. Frustrated, Roman resorts to the Alex-Karras-in-Blazing Saddles approach -- he actually punches the horse. This turns out to be as ineffective as it is cruel. Thankfully, that's not the end of the tale.

Good casting helps prevent The Mustang from becoming maudlin and predictable. Schoenaerts often looks as if he's suffering from a torment he can't articulate, so he's a solid choice to play someone who relates better to horses than to other people. Similarly, Bruce Dern is delightfully cranky as the primary trainer. While he has played these roles before, he thankfully hasn't tired of doing so.

Jason Mitchell is likable as a fellow convict who mentors Roman, but the real star may the title character. Clermont-Tonnerre begins The Mustang from his point of view, and the animal's expressive features force the human performers to up their game.

While there is something inherently beautiful about Roman emerging from his inner prison, Clermont-Tonnerre has no illusions about the ugliness of prison life, nor does she expect the horse and him to improve immediately. As a result, the film's sentimental moments feel more honest than cloying. The Horse Whisperer star and director Robert Redford is credited as an executive producer, and his influence shows up periodically, but it's still Clermont-Tonnerre's movie.

Actually, it belongs to the horse. If you're looking for an alternative to superhero movies, this horse can turn broken individuals into worthy people. Not too many folks with capes can do that. 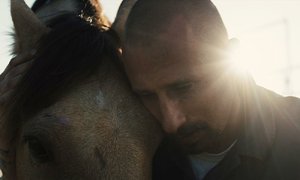 Roman (Matthias Schoenaerts) is a bitter convict who is entrusted with the training of an unbroken horse in The Mustang.