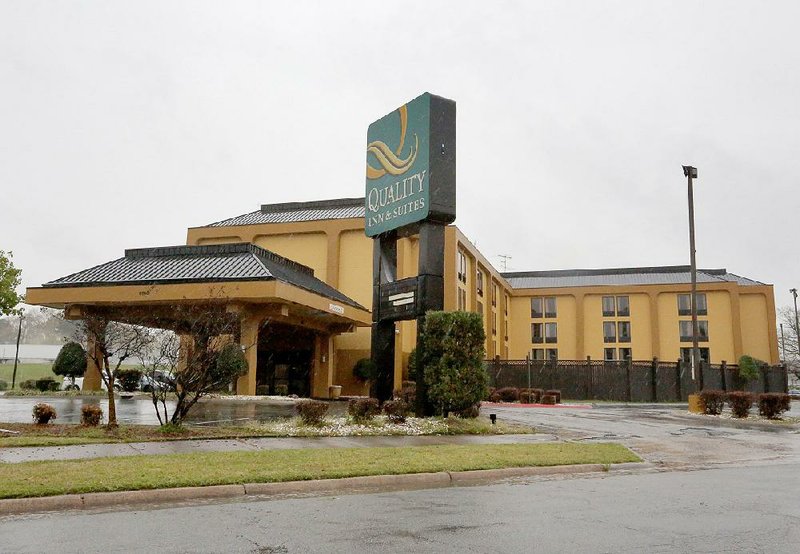 Aniary borrowed $3.1 million from Peoples Bank of Sheridan to finance the deal. The loan expires in 2024.

Avinash Patel is manager of Aniary.

Jatin Patel incorporated Aniary in May. Radha Patel was the registered agent.

A spokesman for the company did not return a phone call seeking comment.

The seller was Seven Star Hotels Group Inc., which bought the hotel for $2.5 million in 2015.

Khurram Chaudry is president and Mohamad Ayache is secretary of Seven Star Hotels. They signed the deed.

DTT Properties LLC of Milledgeville, Ga., paid $1.8 million for the building and property that houses a Zaxby's restaurant on Carnahan Drive in Maumelle.

DTT Properties took out a 10-year, $1.4 million loan from Ameris Bank of Flowery Branch, Ga., to help finance the purchase.

The seller was Gregel Restaurant Property II LLC, an Ohio firm. Eliot Meyers is manager of Gregel and signed the deed.

A small restaurant space at 7706 Cantrell Road that has been the home of a series of dairy bars and Mexican restaurants sold for $826,000 in February. The sale included adjacent business spaces.

Also included in the sale was a retail store, a service repair garage and a small office space.

Cantrell Tunnel Wash borrowed $2.8 million from Relyance Bank, based in Pine Bluff, to finance the deal. The mortgage matures in 2024.

According to the mortgage, Cantrell Tunnel Wash plans to use $826,000 to pay off the properties on Cantrell and the remainder of the loan to construct and equip a full-service car wash with a tunnel.

Eddie Bailey and James Harkins are managers of Cantrell Tunnel Wash and signed the mortgage.

The location on Cantrell is a prime site for redevelopment, Harkins said.

"I really don't know what the start date will be for redevelopment," Harkins said. "It has the frontage on Cantrell, the visibility and the higher traffic counts."

Harkins and Bailey are not certain the property will be redeveloped as a car wash, although that is what has been discussed most, Harkins said.

There are a lot of considerations to be made before deciding on the right spot, Bailey said.

"In this area, we've been looking for somewhere that may have enough room in order to put a tunnel wash somewhere around one acre," Bailey said.

Alabaster, Ala.-based FSE AR borrowed $440,000 from a Birmingham, Ala., branch of PNC Bank to help finance the purchase. The mortgage matures in 2029.

Christopher Craddock, a member of FSE AR, signed the mortgage. Craddock is a member of the firm and incorporated it in February.

The sellers were Charles and Susan Taylor of Hot Springs Village. They bought the building for $445,000 in 2009.

YCS borrowed $450,000 from Little Rock-based Bank OZK to help finance the deal. The mortgage matures in 2022.

The seller was Russell Allison, who bought the property for $390,000 in 2013. Russell and Juanebe Allison signed the deed.