'We both had the same feeling that ... this could be the end': Arkansans recall harrowing cruise-ship rescue 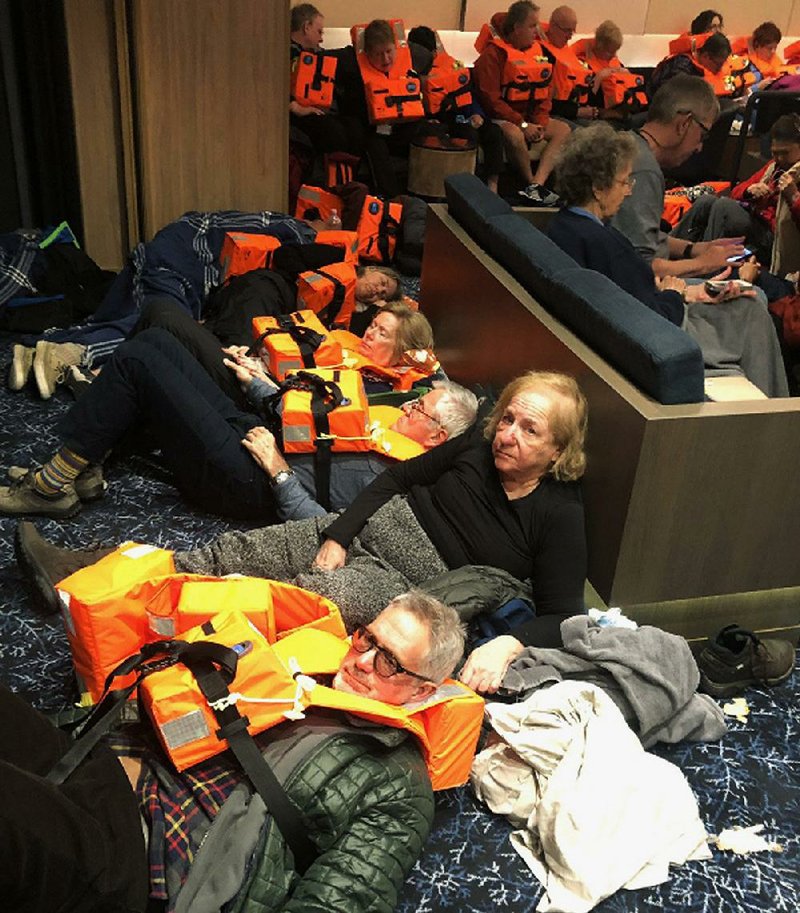 Passengers on the Viking Sky cruise ship wait to be evacuated last month. Rescue workers removed more than 1,300 passengers and crew members from the disabled ship, including several Arkansans.

It was his 45th wedding anniversary, but when the emergency signal sounded, the Little Rock man feared it was his last.

Six short blasts and one long blast of the Viking Sky cruise ship's whistle had summoned Dennis Ferra, 66, to one of its muster points. As huge waves crashed against the boat near Norway's coast, Ferra, his wife, Karen, and another couple from Arkansas slipped into their life jackets.

"I was looking at Denny, and Denny's looking at me. We both had the same feeling that, you know, this could be the end," said cardiologist Gary Collins, 64, one of Ferra's companions.

The four Arkansans were among more than 400 people evacuated by helicopter March 23 when a 12-day cruise themed around the Northern Lights went awry.

An idyllic winter voyage punctuated by stops at quaint Norwegian ports dissolved as the ship encountered a "bomb cyclone," a strong storm that occurs when a cold air mass and warm air mass collide. 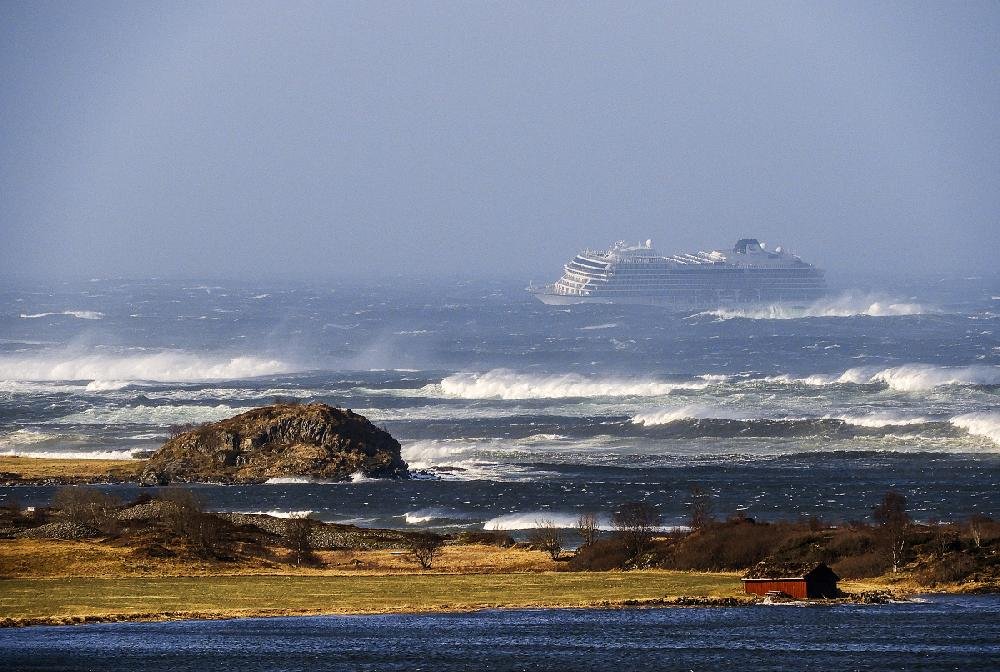 With 1,373 passengers and crew members aboard, the Viking Sky had pitched back and forth in choppy water for many hours -- with closet doors slamming, and a lamp flying across Collins' room and breaking -- when its engines went down that Saturday afternoon.

"We're in the boat and all of sudden it's dead silence, which meant nothing is running," Ferra said. "The ship basically was at the complete mercy of the weather, whichever way it wanted to push us."

On one side of the boat, big swells broke at least one window, shattering glass and sweeping chairs, tables and passengers across the floor. Buffeted by high winds and in distress, the 2-year-old cruise liner drifted into shallow water, perilously close to a stretch of rocks.

The captain sent out a "Mayday" call.

Neither Collins nor Ferra, who is retired from telecommunications company Alltel, previously had a similar experience on a cruise ship, though both have cruised on multiple occasions.

More than 26 million people worldwide vacationed on cruise ships last year, according to a report from Cruise Market Watch. While not common, onboard accidents can include mechanical failures, navigation errors and weather-related incidents.

"You never hear the 'Mayday' distress signal ... you just never think of that," Ferra said.

As winds raged that day, Ferra said the ship's crew managed to regain power in at least one engine, piloting out to drop anchor in Hustadvika Bay.

Roughly half of the ship's more than 900 passengers gathered with the Arkansans in an evacuation point in the boat's theater to await rescue. Some were soaking wet, caught by frigid waves that smashed into the boat.

"At that point there was a lot of injuries -- people with broken bones," Collins said. "There were guys in bathing suits, because they were in the sauna. ... Nobody was really panicking, nobody was going crazy, but everybody was scared to death."

Helicopters began arriving in the late afternoon, dropping a basic harness that would pull passengers, one by one, off the ship into waiting aircraft.

Passengers stepped into a belt, pulled it up under their arms and then gripped a rope as they were pulled more than 100 feet into the air as winds gusted.

"It's fearful, but you don't really think much about it," Ferra said. "Do you stay in the ship, or do you get rescued?"

Women weren't allowed to take their handbags with them as they used the harness, and some elderly passengers were too frail to use it and had to be removed by stretcher.

Collins said he was grateful for his cargo shorts -- previously not a favorite of his wife, Leslie -- which allowed him to carry passports, jewelry and other important belongings.

By Sunday morning, about half the passengers were evacuated by chopper and bused to Molde, a Norwegian town with a population of about 26,000, and the weather had calmed enough for the Viking Sky to move into that port.

Twenty people were injured in the incident, according to The Associated Press.

The harrowing ordeal, Ferra said, took a few days to sink in.

"When it first happens, you're in shock," he said. "It gets tougher a few days after, when the numbness wears off and you starting thinking of what could have happened."

The Arkansas passengers said it's not yet clear to them what could have been done differently but noted that this stretch of water is known for treacherous conditions.

They praised the composure of the ship's captain and crew, the efficiency of local emergency personnel including the Norwegian coast guard and Red Cross, and the kindness of the people of Molde, who opened a shopping center during hours it typically was closed so stranded passengers could buy necessities.

They also met multiple times with Viking Cruises head Torstein Hagen, and have been reimbursed for the cost of the trip and were offered a future cruise as compensation, Collins said.

He and his wife will keep their plans to go on another cruise, a river voyage from Paris to Zurich, next summer.

Ferra isn't sure if he and his wife will regain their enthusiasm for cruise vacations. Although he guesses they've been on about 30 cruises over the years, they've already canceled a trip scheduled for September.

He credited his "very, very strong" faith with helping expedite their rescue.

"We four of us held hands, we said a prayer for all [1,373] people on the ship, and then 15 minutes later, we were picked up on the helicopter," he said. "I think the guy upstairs had something to do with that, to be honest with you."

Print Headline: 'We both had the same feeling that ... this could be the end': Arkansans recall harrowing cruise-ship rescue