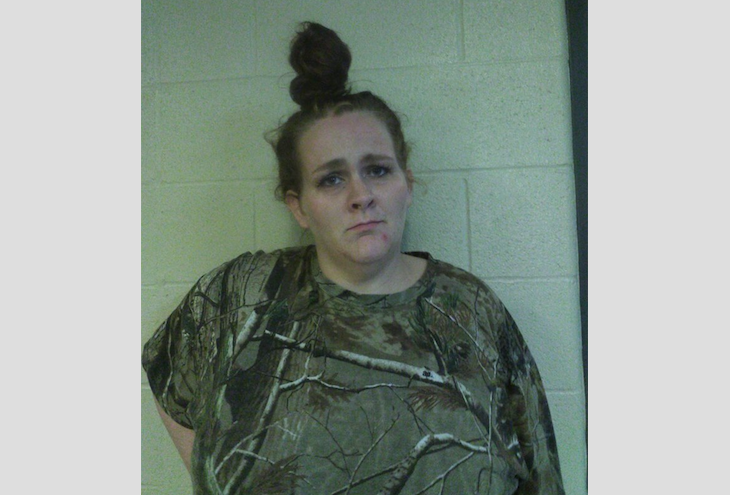 A Lonoke County woman visiting a city hall for a court appearance on Monday was arrested after she entered its police department through a restricted back door, ate chocolate off a work station counter and stole over $1,000 in goods from a city official’s vehicle, authorities said.

Megan Jackson, 29, of Cabot, pulled into the parking lot of Austin City Hall, 3181 Arkansas 367, Monday afternoon for a plea and arraignment hearing, according to authorities. Austin Police Department Chief Rick Anderson said Jackson entered the building through a back door marked for authorized personnel only and “helped herself” to candy from a counter near their fax machine.

The woman then began wandering around city hall until somebody directed her to the court, Anderson said.

After her hearing, Jackson circled the parking lot several times before getting into her vehicle and pulling alongside three patrol cars, police said. According to authorities, she rattled their doors and, finding them locked, moved to a vehicle belonging to Randy McKenzie, office manager at city hall.

According to McKenzie, a Bluetooth speaker, an Apple TV, his passport and several $2 bills in the console were among the items stolen from his vehicle.

The Lonoke County sheriff’s office said the stolen goods were worth more than $1,000.

Authorities used surveillance footage to identify Jackson, who they recognized from court, and found the woman outside her home about half an hour later, Anderson said. She was still sitting in her car, which was parked in the middle of the street.

McKenzie’s belongings were inside the car, according to police.

Anderson said he’s been in law enforcement for 32 years, including in Pulaski County, but that he’s not sure he’s ever seen anything like this.

“Usually you don’t think that happens here in the little cities, which [are] pretty peaceful,” he said. “It just shows that it can happen anywhere.”

Jackson, who appeared in court Monday because she was accused of having no liability insurance, was taken to the Lonoke County jail, where she remained Tuesday morning, according to an online jail roster. Charges against Jackson include breaking or entering, theft of property, trespassing on military property and possession of a controlled substance.

According to court records, Jackson has pleaded innocent to charges of commercial burglary and aggravated assault in a separate open case.