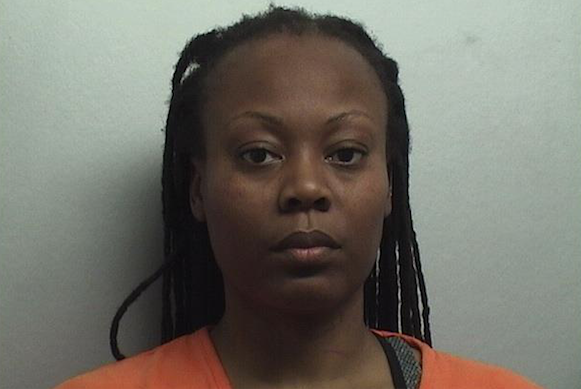 According to an affidavit filed by Collierville, Tenn., police, Latoshia Shunta Daniels, 39, arrived at an apartment belonging to Brodes and Tabatha Perry at the Meridian Parks Apartments, 1681 Elkstone Place South, about 9:30 p.m.

Tabatha Perry, 42, who was alone at the time, let Daniels in because she knew Daniels from when she and her husband lived in Little Rock, the document said.

The two talked for about half an hour before Brodes Perry, 36, who was serving as a pastor at Mississippi Boulevard Christian Church in Memphis, came home and, soon after, followed his wife and Daniels to the front door, authorities said.

That was when Daniels reportedly drew a handgun from her jacket and shot Brodes Perry multiple times in his head and torso, repeatedly yelling, "You broke my heart," police said.

Daniels then shot Tabatha Perry in the shoulder as she knelt beside her husband, the affidavit states. According to officers, Daniels removed the gun's magazine and began to reload it with ammunition she pulled from her jacket pocket when Collierville police arrived shortly before 10:30 p.m.

According to a police report of the shooting, officers ordered Daniels to drop the gun and, when she didn't comply, an officer shot her with a beanbag shotgun and authorities took her into custody.

Brodes and Tabatha Perry were both taken to Regional Medical Center in Memphis, where Brodes Perry died early Friday morning. Documents provided by Collierville police do not include an update on Tabatha Perry's condition.

"It is with great sadness and heavy hearts that we share with you the sudden passing of our Executive Pastor, Brodes Perry," a statement by Mississippi Boulevard Christian Church on Friday reads. According to the statement, Brodes Perry "was a phenomenal man, dedicated to the Kingdom of God."

Daniels was taken to Baptist Memorial Hospital in Collierville for her injuries, the affidavit said. When officers were called to take the woman back into police custody, authorities said, she managed to get free of the two and escape down a hall toward the hospital's intensive care unit. Officers caught up with Daniels, handcuffing the woman and taking her back into custody.

Daniels faces one count each of first-degree murder, attempted murder, assault on a police officer, escape and resisting arrest.

Latoshia Daniels had been a social worker in Little Rock and possessed a doctorate in social work with a specialization in criminal justice, according to a website for The Root Behavioral Health LLC. According to the website, she previously worked as a mental health consultant for the Little Rock Job Corps and was a contract mental health provider for the Pulaski County Juvenile Detention Center.

Daniels was no longer being held at the Shelby County jail by Monday afternoon, according to an online jail roster.