HIGHFILL -- Regional airport officials have filled out their senior leadership team by hiring a chief financial officer and a business development officer.

Tim O'Donnell, who recently retired as the University of Arkansas, Fayetteville vice chancellor for finance and administration, was hired as the financial officer.

Andrew Branch, who is chief financial officer for the Arkansas Department of Veterans Affairs, was hired as the development officer. Both are expected to start work April 29.

"We are very fortunate to have been able to attract such incredible talent to help us create one of the finest airports in the country," said Aaron Burkes, executive director at Northwest Arkansas Regional Airport. "Tim brings a wealth of experience in finance, accounting and administration. Andrew brings a solid understanding about how to develop complex, mutually beneficial business relationships."

O'Donnell and Branch join Burkes, who was named the chief executive in September, and Kelly Johnson, who was promoted to chief operations officer in October. Johnson got a salary bump from $158,000 to $185,000 with the new title.

The Highfill airport, often referred to by its International Air Transport Association code XNA, began succession planning in October 2017. Based on increasing enplanements, airport officials decided to follow the organizational structure used by larger airports, which requires a larger administrative staff. About 750,000 people flew out of the airport last year.

"Although both Tim and Andrew have strong public sector experience, both bring a private sector, customer-service mentality to their positions," Burkes said. "Kelly Johnson and I are both excited about the future of XNA with such talented leaders of our finance and business development efforts."

O'Donnell will eventually replace Chief Financial Officer Terry Franklin, who has been with the airport since its inception. Franklin announced earlier that he would be retiring after a replacement was in place.

"I am very excited to be joining the Northwest Arkansas Regional Airport Authority. I have known Aaron for several years and was very pleased when he reached out to me about this opportunity," O'Donnell said in email. "I am hopeful to use my past experience in this role at XNA. I feel that XNA is one of the premier assets of Northwest Arkansas and am happy to be a part of this well-run organization."

O'Donnell was hired at the university in 2013 and had responsibility over accounting, information technology, human resources, facilities, treasury, purchasing, budgeting and the Police Department. He held several positions during 22 years with Southwestern Energy Co. in Fayetteville. He was vice president and treasurer before the company moved to Houston.

O'Donnell will be responsible for the overall development and maintenance of the financial and accounting functions of the airport. His salary will be $135,000 a year for the position.

Branch has worked for the state since 2015. He was the director of finance for a division of the Department of Human Services and vice president of housing for the Development Finance Authority. He spent about a decade in sales, account management and accounting in Texas before getting a law degree at the University of Arkansas at Little Rock in 2015.

Branch will be responsible for helping develop strategy to retain and increase airline service and passenger travel and enhance economic development at the airport. Branch's salary will be $140,000 per year. 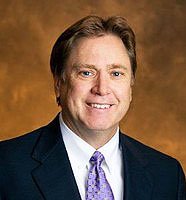 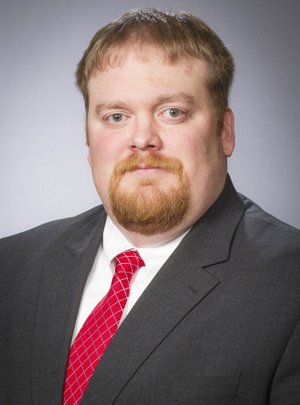