FILM REVIEW: All Hellboy breaks out as new film concentrates on the darker tones of the graphic novels 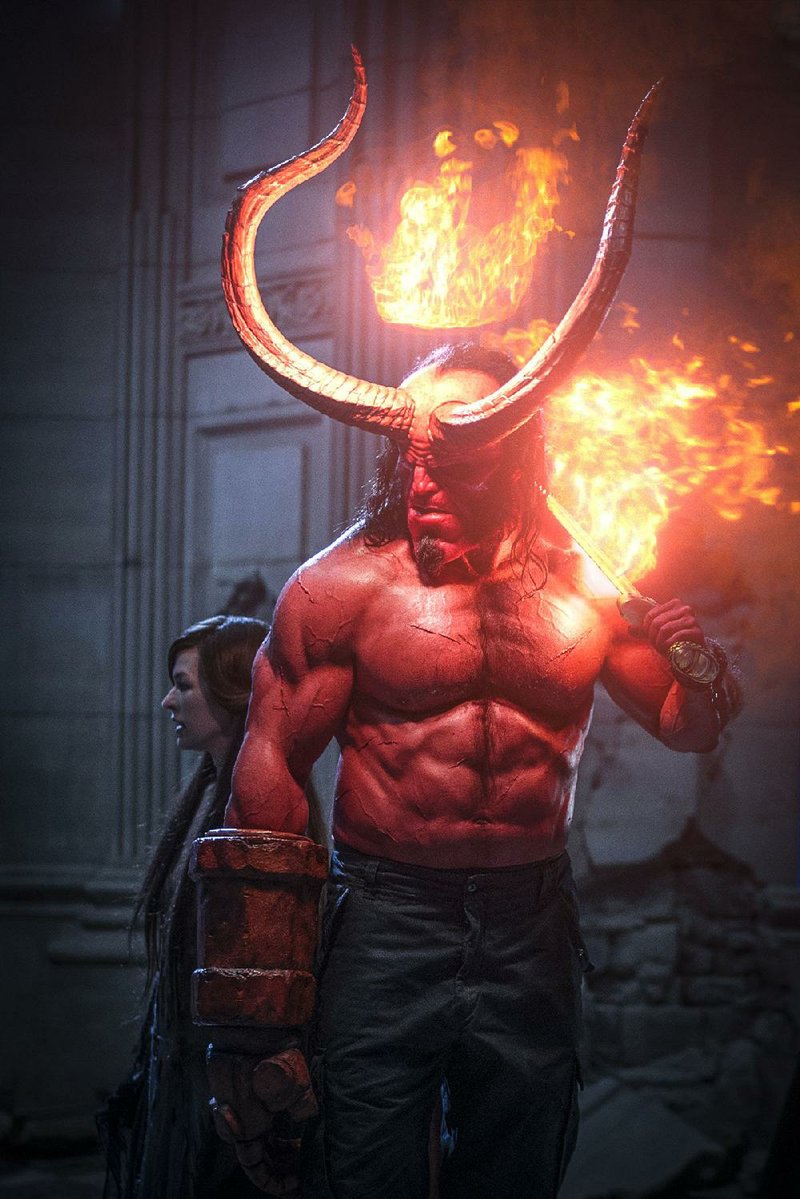 Let's try something a wee bit different this go round. Neil Marshall's adaptation of the graphic novel by Mike Mignola jumps around so frenetically in time and space, it barely bothers to use transitions between scenes, so let's just go with that, and switch to a five-point process.

1. As the titular Hellboy, a half-man/half-demon with a giant, rocky right fist, David Harbour is oddly flat. In a previous filmic incarnation of the comics, directed by none other than Oscar-winner Guillermo del Toro, the hellacious one was ably played by Ron Perlman, who seemed to have a better handle on the combination of rampaging fury and humorous detachment that comprises the character.

Rating: R, for strong language, bloody violence and gore throughout

Harbour, a cagey veteran character actor, undergoing a bit of a moment for his turn in the Netflix series Stranger Things, would seem a capable choice, but his comic timing feels off -- indeed, the film tries to play it straight for the most part, even when Hellboy's general disinterest might enliven a scene -- and you get the impression he's not really buying into this whole ridiculous thing.

Ian McShane, who plays Hellboy's adoptive father, and leads the paranormal organization that sends his son out into all sorts of hellish action, also seems to be getting through his lines rather than embracing them, which doesn't do much for the emotional pitch of the scenes between them.

The film also offers the thankless evil sorceress role to Milla Jovovich, who plays her by the book, right down to a wicked cackle. Toil and trouble why don't you?

2. That said, we can bring to bear the few items that do stand out: Marshall's background is with horror films (including The Descent, a fine piece of jump-scare creepiness), so, given a budget to do so, he leans in on the grotesquerie with some success. Baba Yaga (voice of Emma Tate), an ancient witch with a

vendetta against Hellboy, is rendered in hideous detail, taking the single creepiest moment in The Exorcist (Regan crawling down the stairs like an insect), and making an entire character of it. The details on her crusted over, wrinkled eye -- which Marshall's camera lovingly lingers on -- are enough to haunt your nightmares. Naturally, the character doesn't really go anywhere, and she has to hiss things like "I too have suffered at Hellboy's hands!" Her scene is over before you know it. In keeping with the breakneck pace of the thing, no one moment (even the climax!) lasts terribly long. In general, Marshall does make the most of his hard-R rating, filling the frame with bloody capitulations including beheadings, burnings, impalements, bodies torn in half or split down the middle, eyes hanging out of sockets, limbs ripped out and off, and so forth. In this way, the film at least keeps some of the vibe of the comic from which it is derived.

3. One of the more interesting scenes in the film concerns Hellboy's origin, already explained in the two del Toro films, but given the quick flashback treatment here. Drawn out of the underworld by a group of Nazi officers, attempting to turn the tide of the war, Hellboy emerges as a young child, but only after the Nazis are deposed by Lobster Johnson (Thomas Haden Church), a WWII hero in the mold of Captain America. We only see him for a few minutes of screen time, but it at least hints at a more articulated world than what we see otherwise. This isn't clamoring for yet another comics' universe: The sense that things have happened before, with completely different characters only alluded to, adds at least a single extra layer of complexity to the otherwise somewhat numbing narrative. If you consider Game of Thrones to be fascinating TV, it is likely in large part because of this very idea of shared, but not entirely known, history. 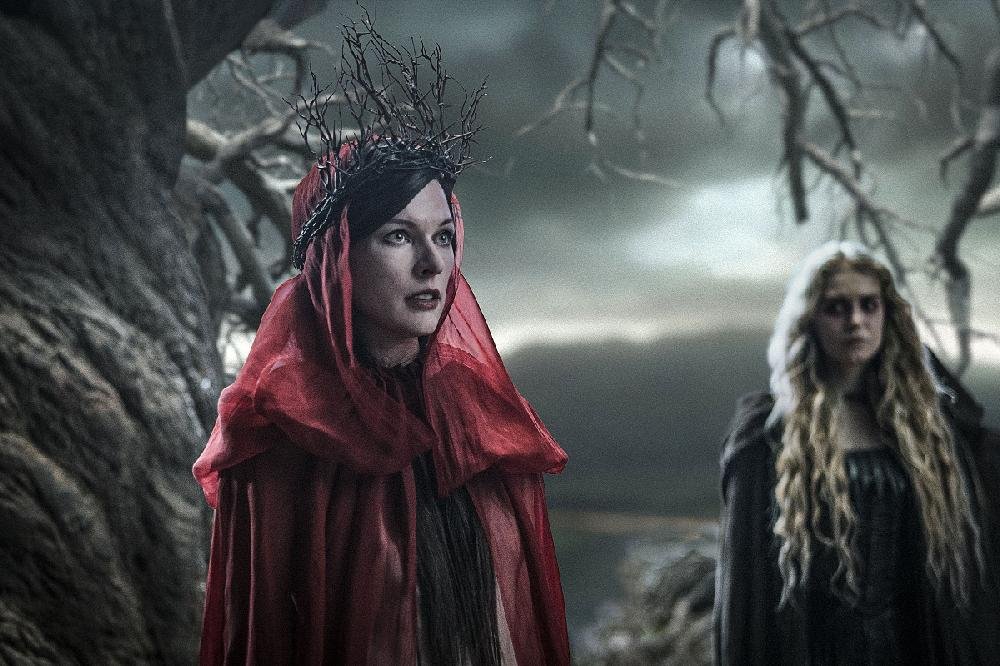 4. At this juncture, does anyone besides the studio suits in accounting really enjoy superhero-based material anymore? After a nonstop onslaught over the last dozen years, we've all seen so, so many of these things, and with some very welcome and notable exceptions, they commonly fall prey to incoherent, overbloated narratives, and interminable CGI climaxes that fail to capture much of anything, least of all your imagination.

Seriously, beyond making buckets of money, what are these films doing to drive the creative and innovative filmmaking process? Screen actors, who used to complain about the limitations of having to act solely with their eyes, are now forced to project character emotion alone in front of a green screen, holding a piece of plastic with image receptacles in lieu of a prop, and speaking into the air in front of some yet-to-be-created CGI-character or other.

As an audience, beyond the forthcoming Endgame, which should serve to put some kind of punctuation in the Marvel Cinematic Universe, how is it even possible to get excited about forthcoming cape movies anymore? So many of them are eminently forgettable, they all blend together into something misshapen and tedious. And this, from a comics fan. I concede this would have been my fondest wish as a 10-year-old, but even then, enough would eventually have been enough. If I had a vote, I would declare a moratorium on superhero movies for at least a couple of years, post Endgame, but no one's asking me.

5. The film has a post-climax scene set some months after the action in the film is depicted, with Hellboy, now linked up with a team comprised of Alice Monaghan (Sasha Lane), a clairvoyant who also has discovered that she's surprisingly good at martial arts; and Major Ben Daimio (Daniel Dae Kim), a military man who can turn into a man-cheetah when the situation calls for it, infiltrating a secret, monster-worshipping society in Siberia.

They kick everyone's butts to the delicate strains of hair metal '80s pop, with the camera leaping all over the place, following the action like a CGI-enhanced version of The Revenant. As nonsensical as it is, you get the feeling it's the purest distillation of what Marshall wanted the film to be: loud, abrasive, violent, and without the least tendril of narrative beyond killing people in vaguely inventive ways.

Print Headline: FILM REVIEW: All Hellboy breaks out as new film concentrates on the darker tones of the graphic novels