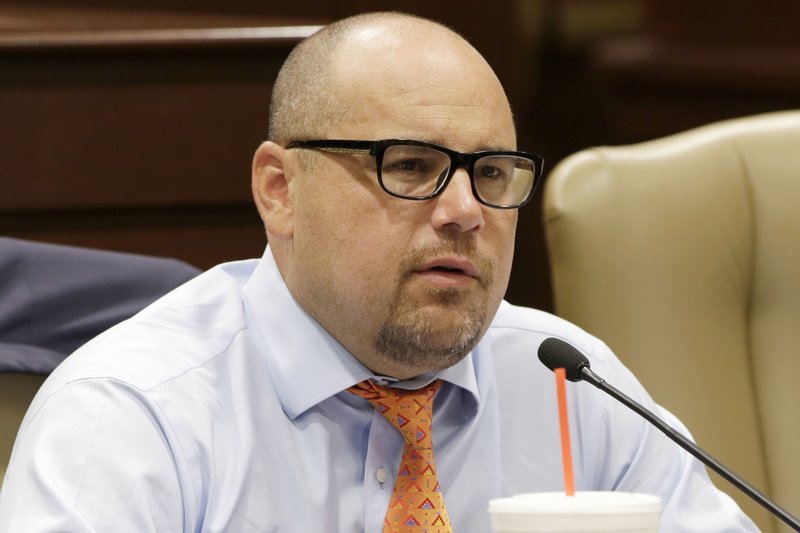 Experts say legal defense costs for Hutchinson could total $500,000 to $1 million or more.

"I suspect his fee would run three-quarters of a million," longtime Little Rock defense attorney John Wesley Hall estimated after learning the former legislator has multiple lawyers from New York to Little Rock. "That's just a devastating amount of money."

Hutchinson's father and one of his attorneys emphasized the rising price tag as western Missouri federal prosecutors on Thursday unsealed the indictment against the former three-term state senator in Springfield, Mo.

Those charges came on top of last August's fraud indictment against Hutchinson in the Eastern District of Arkansas in Little Rock.

His father, former U.S. Sen. Tim Hutchinson, raised the financial issue in a statement Thursday as prosecutors unsealed the latest charges: "This recent ploy undeniably increases the pressure on Jeremy, who now faces a costly two-front defense against the government's unlimited resources."

Defendants in criminal cases are arraigned in a court hearing where the charges against them are formally read and they usually enter a plea.

The Little Rock Republican, also the nephew of Gov. Asa Hutchinson, was charged last August with 12 counts of wire and tax fraud in U.S. District Court in Little Rock. Federal prosecutors there allege he misspent campaign donations and under-reported income on his federal tax return.

Hutchinson has pleaded innocent to all charges, and the cases are ongoing.

Hutchinson has enlisted four attorneys, according to court records.

Mukasey, a former law partner of former New York Mayor Rudy Giuliani, has had high-profile clients that include President Donald Trump and his three adult children in a civil lawsuit against the Trump Foundation, and former Louisville basketball coach Rick Pitino in a college pay-for-play investigation by federal prosecutors, according to news articles.

He estimates attorneys, for example, will need to review 2 million or more pages of documents in discovery, offered by prosecutors in the two cases.

Asked if $500,000 to $1 million or more is a good guess at Hutchinson's costs, Dudley said "it's not an unreasonable guess. I've been practicing 41 years. It certainly will be one of the most costly, if not the most" costly defense he's been part of.

In a 2013 Forbes magazine article, "The High Cost of Mounting a White Collar Criminal Defense," experts estimated a reasonable price for a criminal defense that included a one-week trial, preparation and court time, would be $1 million.

The magazine also cited cases of high-profile executives -- usually backed by corporate checkbooks -- who have spent $30 million and more in legal fees for criminal defenses.

Even pleading guilty "isn't cheap," the article said. It can cost hundreds of thousands for the accused to understand the charges against them, try to cut the best possible deal with prosecutors, bring in friendly and expert witnesses to help mitigate the sentence and more.

Organizers didn't respond to emails asking how much the defense fund has raised and how much it hopes to collect.

In a statement when last week's charges were filed, Mukasey criticized federal prosecutors for setting up Hutchinson's legal battle on two fronts.

Mukasey said the separate sets of charges force "the same person to defend himself on multiple charges in multiple places, all at the same time." The government's power to do so "must be checked," Mukasey said.

Mukasey couldn't be reached to elaborate.

Spokesmen for federal prosecutors in western Missouri and eastern Arkansas also declined to comment on the case.

Dudley said that, in his experience, suspects are usually tried in one court.

Cases are supposed to be filed where a crime allegedly occurred. But if a suspect is facing charges in two jurisdictions, federal prosecutors often ask the defendant if he or she wishes to waive the venue issue and be tried in a single courtroom.

Another attorney with federal court experience said that it is permissible to try suspects in two locations when the charges are unrelated and that it probably happens more often in large cities outside Arkansas.

A federal jury in Virginia found Manafort guilty on eight counts of bank and tax fraud in August 2018. A judge sentenced him to 47 months in prison and $25 million in restitution.

Dudley said prosecutors did offer to waive venue in Manafort's case and allow him to be tried in one location, Washington, D.C., but Manafort and his defense team declined.