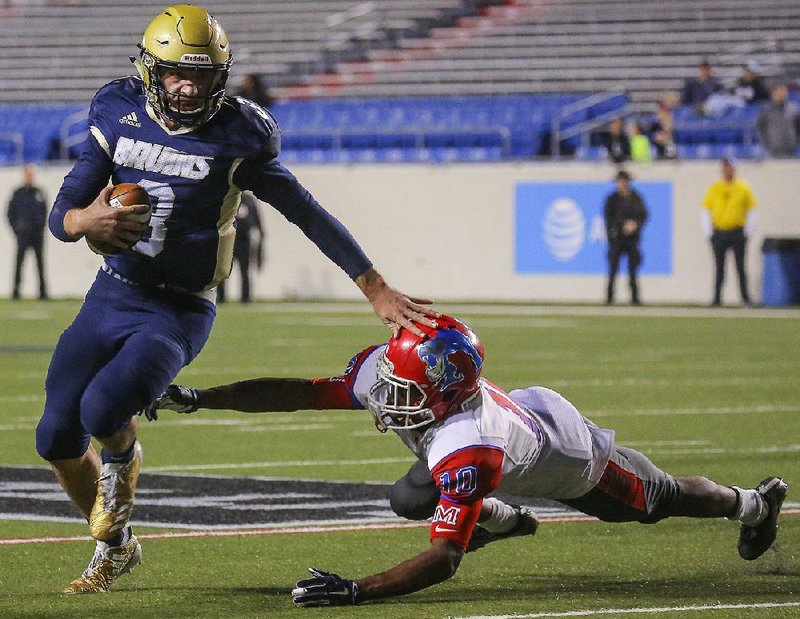 The state's all-time leading high school passer is returning to the Natural State.

Former Pulaski Academy standout Layne Hatcher announced his decision to transfer from Alabama to Arkansas State University on Monday after one season.

Hatcher was to have been a blueshirt at ASU last season, but he received a scholarship offer from Alabama in May 2018. A blueshirt is when an athlete takes part in summer activities with a school and is put on scholarship in the fall or second semester.

Two days after competing in Alabama's spring game, Hatcher entered the NCAA's transfer portal Monday. He redshirted last season as he was behind Heisman Trophy runner-up Tua Tagovailoa, Jalen Hurts and Mac Jones on the quarterback depth chart. Hurts has since left Tuscaloosa for Oklahoma as a graduate transfer.

Hatcher is pleased to be returning to his home state.

"I've been thinking about it for the last couple of weeks," he said Tuesday from Tuscaloosa, Ala. "There were no issues. Everybody was phenomenal. I felt like it was the best decision for me."

The quarterback added that he will enroll at ASU for the first summer session and plans to be at the Red Wolves' spring game Saturday at Centennial Bank Stadium in Jonesboro.

Hatcher's father Greg confirmed to the Arkansas Democrat-Gazette that his son will be eligible immediately, giving him four seasons to play for ASU since he did not take an official visit to Alabama before signing.

Greg Hatcher said he and his family are excited to see Layne play closer to home.

"I was going to be there [at the games] regardless," Hatcher said. "What it does for the rest of the family, friends and people who know Layne, a lot of people can get to the games. It will be nice to play in your own state."

During his four-year career at Pulaski Academy, Hatcher passed for a state record 15,483 yards and 185 touchdowns. He went 41-1 and won three Class 5A state championships as a three-year starter for the Bruins in 2015-17.

In his senior season in 2017, Hatcher completed 384 of 531 passes for 5,779 yards with 66 touchdowns and 11 interceptions, leading the Bruins to their fourth consecutive state title. He was the Democrat-Gazette's All-Arkansas Preps Offensive Player of the Year.

Hatcher recalled when ASU Coach Blake Anderson told him that he could come back to play for the Red Wolves if the opportunity arose. Less than a year later after signing with the Crimson Tide, that opportunity has happened.

"He was willing to take me back," Hatcher said. "I'm happy to go home."

ASU is looking for a successor to Justice Hansen at quarterback after the three-year starter and 2018 Sun Belt Conference Offensive Player of the Year exhausted his eligibility. Junior Logan Bonner and senior Carson Coats are competing for the starting quarterback position this spring.

Hatcher is looking forward to competing for the position in fall camp.

"There's no promises or anything like that," Hatcher said. "I'll get an opportunity to compete. I want to do my best. It's on me. I have to earn everything." 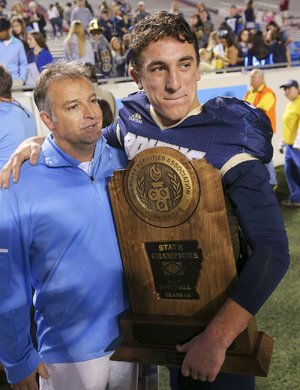 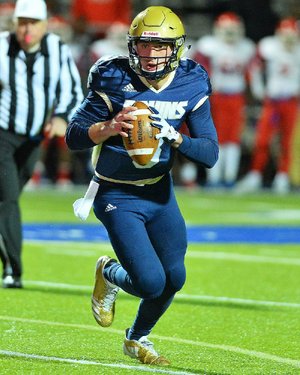