Date set for this year's Salt Bowl; Benton, Bryant to play on a Friday night 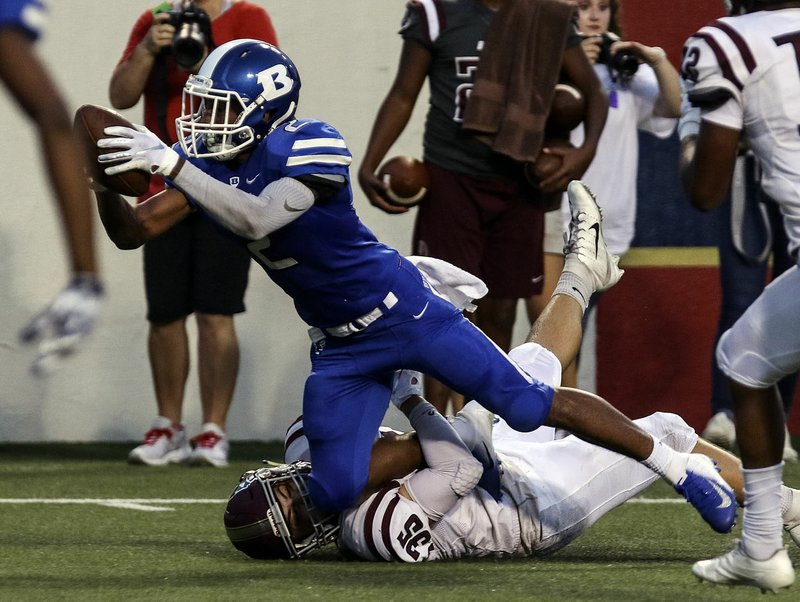 FILE — Bryant Andrew Hayes (2) dives for a touchdown during the Salt Bowl at War Memorial Stadium in Little Rock on Aug. 25, 2018.

Officials have set the date for this year's Salt Bowl between the Benton and Bryant football teams.

Billed as “Arkansas’ Largest High School Football Game,” the Salt Bowl is held each year in Little Rock’s War Memorial Stadium and pits the Benton Panthers against the Bryant Hornets. This year, the game will kick off at 7 p.m. on Aug. 30, according to a tweet by Shane Broadway, spokesman for the bowl.

Broadway said officials scheduled the game on a Friday so as to avoid a conflict with the first Saturday of college football and “will evaluate future dates going forward.”

Last year, the Salt Bowl ended early after a fight broke out, setting off a panic that drove fans from the stands.