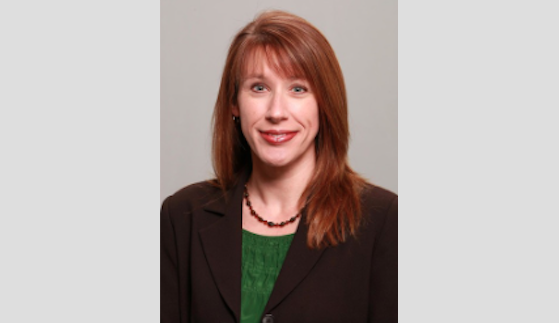 FAYETTEVILLE -- Terisa Riley, a senior vice president at Texas A&M University-Kingsville, has been announced as the top choice to lead the University of Arkansas at Fort Smith.

Riley, 49, was one of four finalists to visit the Fort Smith campus.

If approved, she is expected to begin July 1, arriving in Fort Smith after 12 years working at Texas A&M University-Kingsville, where her former boss for about 10 years, recently retired university President Steven H. Tallant, described her as "an incredible problem-solver."

"She is able to sit down and handle complex issues. She's incredibly good under stress," said Tallant, who retired in February.

Yet finishing college wasn't a given for Riley, as she explained in a public talk April 4 during her visit to Fort Smith.

"I worked three jobs all the time," Riley said. By her junior year at the University of Missouri, "I truly did not think I would be able to stay in college," she said.

When she was struggling, a friend suggested that she try to become a resident assistant at a campus dorm, Riley said.

It was a lifeline that, to hear Riley describe it, also led to something more.

Up to that point, "I didn't know this was a career path, that it was a possibility to work with college students, to take down barriers to their success," said Riley, who described herself as a first-generation college student.

In her talk, she noted how students at UAFS come from "sometimes very modest means."

"As a person who benefited so much from getting that credential, I absolutely am a firm believer in all of the research that's being done in social mobility and regional comprehensive institutions," Riley said, referring to a common description for schools similar to UAFS.

Riley would replace former UAFS Chancellor Paul Beran, who left last year to become the executive director and chief executive officer of the South Dakota Higher Education Board of Regents.

Riley, at Texas A&M University-Kingsville, earns yearly pay of $250,000, according to a database of government salaries maintained by the The Texas Tribune.

In Kingsville, Riley has served as president of the executive board for the Kingsville Chamber of Commerce, among other civic positions.

Speaking by phone Tuesday, Riley confirmed the accuracy of her reported compensation and said she's excited to join the Fort Smith community.

She said she didn't hesitate to accept when offered the job by Bobbitt in a phone call Friday afternoon.

"I knew after my time on campus this was a great fit. The people there were just lovely and warm and welcoming," Riley said.

In a statement, Bobbitt said that among the finalists, Riley "rose to the top with the clear vision and palpable energy needed to help continue the strategic growth and upward trajectory of UAFS."

According to UAFS data, in the fall of 2018 about 19 percent of the school's undergraduates were concurrently enrolled in high school.

In her April 4 talk, Riley discussed the career path that led her to Fort Smith, stating that she has been "working throughout my career on the trajectory to become a university president or chancellor."

She also spoke about her family. "I am a mom. I have four of the best children ever born," Riley said. But with all four in college as of the fall of 2017, she said she no longer felt a need to stay in Kingsville as a "home base," and so she began pursuing different jobs.

In a phone interview Tuesday, Riley said she decided not to apply to lead Texas A&M University-Kingsville because "I feel like we've accomplished so much here, I'd like to take what I learned from this position" and use the experience elsewhere.

Edward Serna, serving as interim chancellor at UAFS, was announced recently as a finalist to lead the University of Maine at Farmington. Serna also is vice chancellor for strategic initiatives at UAFS.