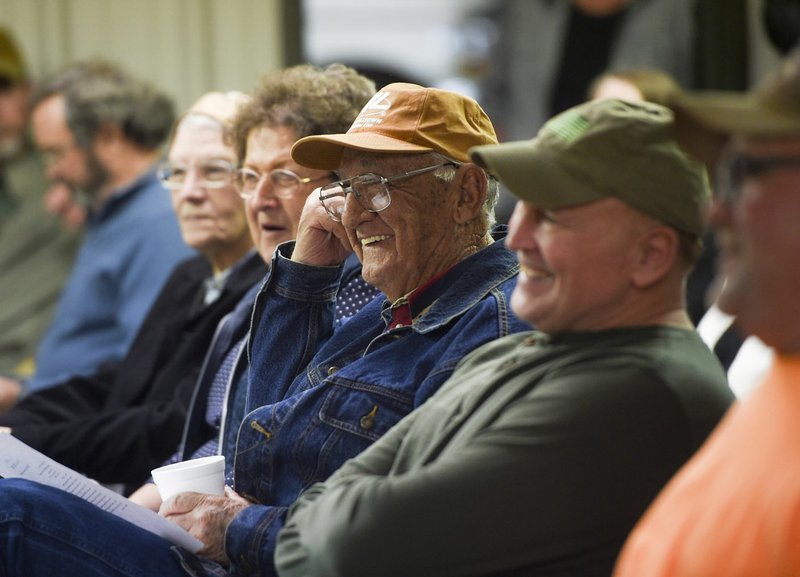 STRICKLER -- Work to clean up the site of a nuclear reactor test site owned by the University of Arkansas is complete, officials said Thursday at the last of 10 public meetings.

Cleanup of the Southwest Experimental Fast Oxide Reactor, or SEFOR, has been ongoing for more than 15 years and Arkansas congressmen and the university secured cleanup money. The former nuclear reactor test site is about 20 miles southwest of Fayetteville.

"It's a celebration of the site being cleared, and the materials gone and everything testing the way we want, but we still have a few weeks of gathering all the administrative things and getting signatures on the dotted line," said Mike Johnson, UA associate vice chancellor for facilities.

A $1.9 million grant in 2009 from the Energy Department paid for a study to determine what would be required to clean the site. EnergySolutions, an international nuclear services company from Salt Lake City won the bid for the project.

The project cost about $25.8 million. A $10.5 million grant kickstarted the cleanup in 2016. UA Chancellor Joe Steinmetz announced in 2018 an additional $10 million in federal money would pay to complete the project.

While the government paid for all of the cleanup, the university has invested money in maintaining the site over the years, Johnson said.

Cleanup included demolishing the site's control room and taking thousands of pounds of low-level radioactive waste to specialized waste facilities outside the state.

Johnson said in March 2018 the vessel would have to go into a special, shielded container designed for its size and shape. The vessel was removed by crane and placed in the container in October and shipped out of state in November.

"Once we got that out, then we had radioactive material outside the reactor that we couldn't get to until the reactor was gone," said Dean Wheeler of EnergySolutions.

About 40 containers of low-level radioactive waste had to be removed, he said.

SEFOR was built in the 1960s with money from the U.S. Atomic Energy Commission. A group of investor-owned utilities operated the 20-megawatt experimental fast breeder reactor from 1969-72.

The fuel and irradiated sodium coolant were removed in 1972.

The university took ownership of the 620 acres in 1975 for research purposes. The university stopped using the facility in 1986, but maintained it. The federal government declared the site was contaminated in the early 2000s and told the university the reactor had to be dismantled and the site decontaminated.

Johnson said Thursday the university hasn't decided what it will do with the land now that it's free of radioactive waste.

"We actually had our sustainability office come out and, using some students, they did an inventory of the timber hardwoods and that sort of thing. We've looked at the potential of actively managing the trees and using it for forest sequestration where you offset our carbon footprint," Johnson said.

The university may use the land for academic purposes, such as biology or geology, or it may sell it, he said.

"I'm truly happy to see the completion," said Melanie Pearson Hurley, program manager at the U.S. Department of Energy. "I'm truly happy with the collaboration that we've had with the university and with EnergySolutions, but what really thrills me is this work was done safely and I know that means a lot to you here in the community. You've lived with the structure for a long time."

Terry Ropp has lived near the site since 2005. She said she's attended most of the public meetings where officials gave updates on the cleanup.

"The thing I respect most is the transparency. They've taken very complicated issues and explained them to people who are not nuclear scientists," she said.

Dale Quinton worked on SEFOR's construction in the 1960s and has lived in Strickler for 83 years. He said he remembers when SEFOR was still in use and county health officials would periodically test milk from his cows to make sure it wasn't radioactive. It never was, he said.

"We're glad to get it cleaned up," Quinton said. 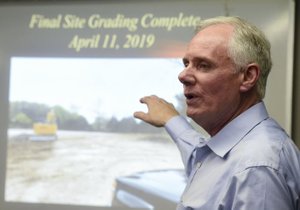 NWA Democrat-Gazette/CHARLIE KAIJO Dean Wheeler describes Thursday the process of the Southwest Experimental Fast Oxide Reactor cleanup during a public meeting at the Strickler Fire Department community center in Fayetteville. A meeting was scheduled as the final public update on the cleanup of a former nuclear reactor test site. Work winds down at the SEFOR site about 20 miles southwest of Fayetteville.