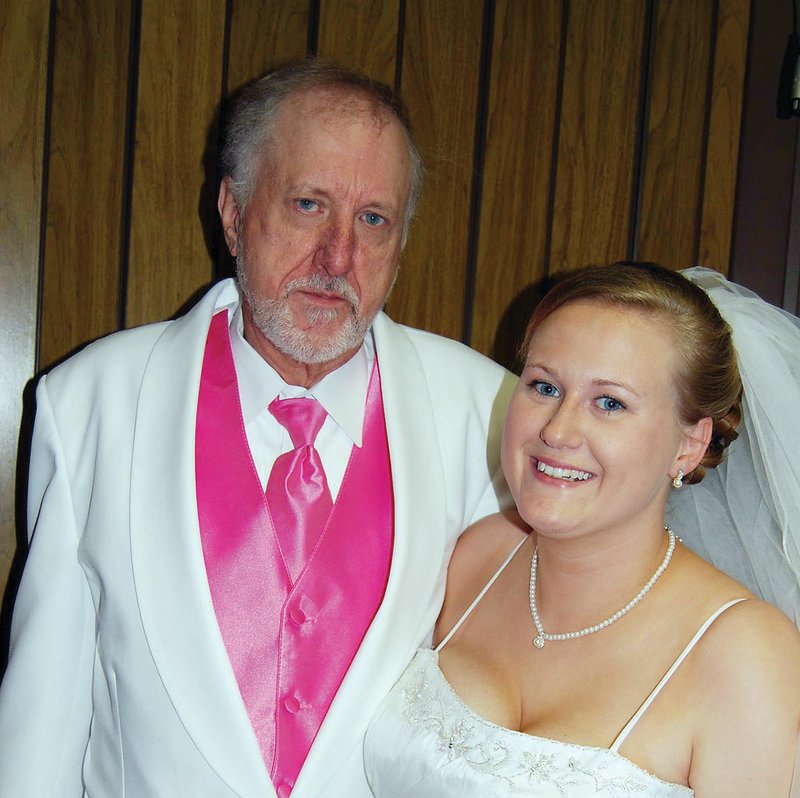 Mary Banks, right, is pictured with her father, Ricky Wallace, during her wedding in 2010. Banks, who is a social worker for Caring Hands Hospice in Batesville, started a grief support group for families in the Batesville area. Banks’ father, who died in May 2018, used hospice care. She started working in hospice care in July 2018.

After losing her father a year ago, Mary Banks started a new job as a social worker at Caring Hands Hospice. She quickly realized there was not a support group locally for grieving families.

That led Banks to start a grief support group, which began meeting in February at 4 p.m. every Tuesday at the Independence County Library in Batesville.

“We call it a grief support group,” Banks said. “It kind of came about when I came into this position in July 2018, and there were no resources in the area. There were people asking for it. I just wanted to develop something like that.”

The meetings are open to not just patients or families of patients of Caring Hands, but anyone in the community,

“Also anyone — maybe who has not lost a family member yet, but the family member is in the dying process and needs some support — is welcome,” she said.

Banks, who graduated from Cushman High School in 2006 and Lyon College in Batesville in 2012, earned a master’s degree in social work from Arkansas State University-Jonesboro in 2018.

“I told everyone that I would not go into [working with] hospice, but my dad was in hospice,” she said. “After our experience with that and after he passed, it is something I wanted to go into.”

Banks said her father’s death was not expected, and the support group has been good for her as well.

“In social work, you have good weeks and bad weeks,” she said. “It seems like every time I hit a bad week, we have a great group meeting that week. It uplifts me and reminds me of why I went into social work.

“It’s almost selfish in that regard because it makes me feel better helping other people.”

Banks said Caring Hands, the sponsor of the group, got the word out about the support group via the newspaper, social media and a radio interview, as well as putting up flyers around town.

Banks said she approached the board at Caring Hands about the support group. Lisa Sellers, director of hospice care at Caring Hands, said it was an easy thing to do.

“This has been really helpful to have an ongoing support group for those in need,” Sellers said. “It’s a bit more personal. Mary is doing such an amazing job. She has such a heart to help people, not just individuals who have lost people in hospice but also people who have lost loved ones in tragic accidents or have any kind of grief and need support.

“She promotes [the meetings] well. She’s very dedicated. If she can help one person, then that is what she’s there for.”

Banks said the meetings usually last an hour and that she has a topic for each meeting, but the group can deviate from the topic if needed.

“Each week is different,” she said. “I plan something in case there isn’t a good conversation going. We talk about anything from what is normal in grief, what are the stages of grief, different characteristics and the physical symptoms of grief.

“Last week, we had a video clip that sparked our conversation about things that people say when you are grieving. Some weeks, the people have something on their minds. It just jumps from there. I always have something planned, but sometimes we just let them talk, and that’s OK, too.”