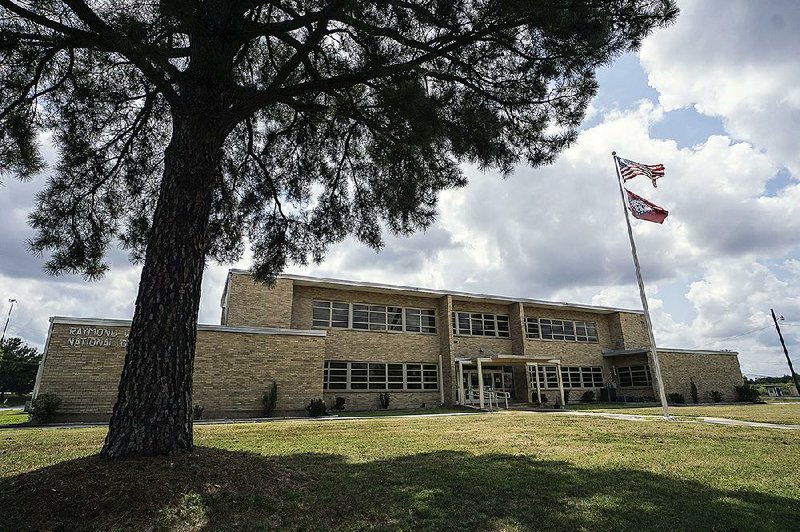 North Little Rock will relocate its Police Department and district courtrooms at 200 Pershing Blvd. and four other police campuses to the armory property at 2600 N. Poplar St. The $30 million construction of the new Justice Building, its tentative name, is expected to be completed by November 2020.

Arkansas firm Graylee Construction of Austin submitted the low bid of $108,250 to take down the armory. That will be paid by the city.

As for demolition time, "we expect them to begin Wednesday, the 24th, but they are watching the weather," city Communications Director Nathan Hamilton said last week. "When they start, they have 30 days to complete it. So they're looking for the most dry time."

Fisher Armory was constructed in 1959 and over the years was a popular site for rentals for big community events, in addition to being used by the National Guard. The armory building covers 41,825 square feet, according to National Guard information.

"We're sad to see it go," Maj. William Phillips, state public affairs officer for the Arkansas National Guard, said last week. "It's been a part of the family for a long time."

The North Little Rock School District Administration Building next door to the armory will eventually become part of the police and courts campus. School administration offices won't be relocated until late 2020, according to the agreement reached between the city and the school district a year ago.

Hoefer Wysocki, an architectural, planning and interior design company from Leawood, Kan., a Kansas City suburb, is designing the Justice Building. Groundbreaking is expected in November, according to city officials.

Demolishing the armory is another step in the city's plans that were proposed in a special city tax election that North Little Rock voters approved in August 2017. A new police and courts building to replace the current one built in 1961 was the biggest part of the five-year, one-half percentage point infrastructure portion of the total 1 percent tax that took effect Jan. 1, 2018.

The one-half percentage point infrastructure portion of the tax is projected to raise $40 million over five years, with $20 million dedicated to the police and courts building. Of the remaining money, half will go to relocate or renovate city fire stations, and half will go to streets and drainage improvements.

The other one-half percentage point is a permanent tax with its proceeds going into the city's general fund for city operations and services.

When the anticipated cost of the building rose to $30 million, North Little Rock Mayor Joe Smith asked the City Council to approve hiring a bond underwriter and bond counsel to proceed with financing options for a potential $10 million bond issue to make up the difference. Council members agreed to Smith's plans in January.