In Kansas, abortion is ruled a right 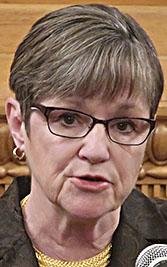 TOPEKA, Kan. -- Kansas' highest court declared for the first time Friday that the state constitution protects abortion rights, a sweeping ruling that blocks a ban on a common second-trimester method for ending pregnancies and endangers other restrictions as well.

The state Supreme Court's decision immediately roiled Kansas politics. Abortion opponents called for amending the state constitution but might wait to push for a change until next year, when all state lawmakers face voters.

The court's decision was a victory for abortion-rights supporters in a state with a Republican-controlled Legislature long hostile to their cause. It also comes with other, GOP-controlled states moving to ban most abortions in direct challenges to the U.S. Supreme Court's landmark 1973 Roe v. Wade decision legalizing abortions across the nation.

"I'm beyond elated," said Julie Burkhart, chief executive and founder of the Trust Women Foundation, which operates a clinic providing abortions in Wichita. "This is what we were hoping for."

The decision prevents the state from enforcing what was a first-in-the-nation 2015 law that could have greatly limited second-trimester abortions. The ruling also clears the way for legal challenges to a string of abortion restrictions approved by state lawmakers under Republican governors before last year's election of Democratic Gov. Laura Kelly, an abortion rights supporter.

"While federal law has long guaranteed every woman the right to make their own medical decisions in consultation with their health care providers," she said, "I'm pleased that the Kansas Supreme Court's decision now conclusively respects and recognizes that right under Kansas law as well."

The state treasurer, Jake LaTurner, a Republican, issued his own statement calling the decision "an abomination" that marked "one of the darkest days in our state's history." He urged people to "continue to work taking our state back from these unelected, liberal judges who do not represent the will of the people of Kansas."

"It's very extreme," Culp said. "It's as bad as we could have imagined it and has potential to overturn pro-life laws."

The court's majority said vague language protecting "equal and inalienable rights" in the first section of the Kansas Constitution's Bill of Rights grants a "natural right of personal autonomy" that includes the right to "control one's own body" and to decide whether to continue a pregnancy.

The 6-1 majority rejected the state's arguments that there is no protection for abortion rights because most abortions were illegal in Kansas Territory when the state constitution was written in 1859. The majority said that at the time, women faced a "paternalistic attitude" and a lack of recognition that they had the same rights as men.

"True equality of opportunity in the full range of human endeavor is a Kansas constitutional value, and it cannot be met if the ability to seize and maximize opportunity is tethered to prejudices from two centuries ago," the unsigned majority opinion said.

The court also declared that restrictions on abortion will face strict scrutiny, so the state must show that a law is narrowly drawn to deal with a "compelling" interest. That's higher than the U.S. Supreme Court's standard that under the federal constitution, restrictions must avoid placing an undue burden on a woman's access to abortion.

The Kansas court's dissenter was Justice Caleb Stegall, the only appointee of a conservative Republican governor. The court's two most senior justices were appointed by a moderate Republican, and four by a Democrat. Conservative Republicans have long complained that the court is too liberal -- and Kansans for Life tried in 2016 to oust four of the justices in Friday's majority when voters ultimately decided that they should stay on the bench for another six years.

Stegall declared that "an important right of self-government has been stolen away" from Kansas residents and derided the majority for suggesting that "luminaries of the western legal tradition" would support "nearly unfettered abortion access."

"In this imagined world, the Liberty Bell rings every time a baby in utero loses an arm," Stegall wrote.

Top Republican legislators also quickly condemned the decision, saying it was out of step with the state's values. Kansas Attorney General Derek Schmidt, a Republican, even suggested the ruling had "breathtaking" implications beyond abortion and signaled "an ever-expanding role" for courts in setting policy.

Elizabeth Nash, an abortion legislation expert at the Guttmacher Institute, a research group that supports abortion rights, said the ruling could lead to other abortion laws being struck down.

"This is the first time that the Kansas Supreme Court has ruled that abortion rights are protected under the state constitution," Nash said. "It opens the door for abortion rights."

But, Nash said, the ruling also could cause a backlash in Kansas, a conservative state where abortion rights have dwindled in recent years. One possible result, she said, could be an effort by the anti-abortion movement to amend the state constitution so it no longer allows for such a defense.

Legislators could pursue a constitutional amendment when they reconvene Wednesday after an annual spring break. However, GOP leaders had wanted to wrap up business within a week, and Culp said Kansans for Life wants to make sure it is "as organized and strategic and successful" as possible for a push to amend the constitution.

The decision Friday came two years after the Kansas court heard arguments from attorneys, an unusually long delay for a ruling. Iowa's Supreme Court issued a similar decision in 2018.

Burkhart said Trust Women will be considering what other restrictions can be challenged.

In previous cases, Kansas' highest court avoided the question of whether the state constitution protects abortion rights, allowing U.S. Supreme Court decisions to determine what restrictions would be allowed.

But when two providers sued over the 2015 law, a state district judge blocked its enforcement and declared that the Kansas Constitution protects abortion rights.

The Supreme Court sent the case back to the lower court for a trial on the lawsuit but kept the judge's injunction in place, saying the providers are likely to succeed in invalidating the law.

The law would bar physicians from using forceps or similar instruments on a live fetus to remove it from the womb in pieces, using the nonmedical term "dismemberment abortion" to describe the procedure. Such instruments are commonly used in dilation and evacuation procedure, which the Center for Reproductive Rights has described as the safest and most common abortion procedure in the U.S. in the second trimester.

Abortion providers reported performing 484 dilation and evacuation procedures in Kansas in 2018, according to state health department statistics. That was 6.9% of the state's total abortions; most pregnancies were terminated during the first trimester.

Information for this article was contributed by John Hanna and Roxana Hegeman of The Associated Press; and by Sabrina Tavernise and Campbell Robertson of The New York Times.

Print Headline: In Kansas, abortion is ruled a right