Little Rock chocolatier to be featured in baking show 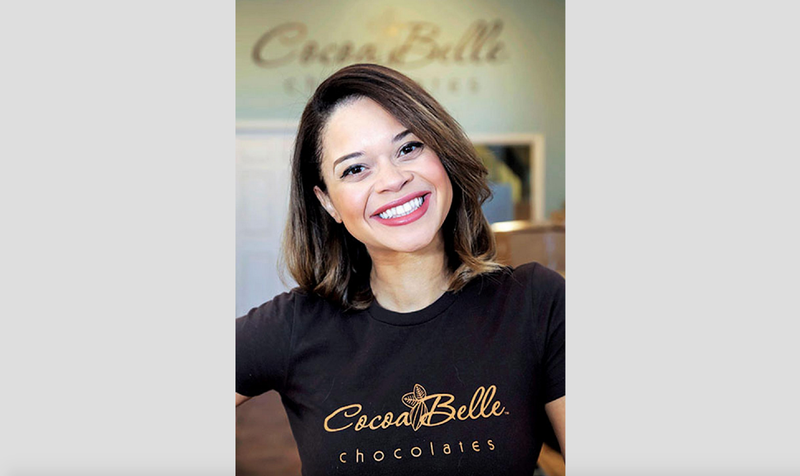 A Little Rock chocolatier who battled top bakers from across the country in a new reality show will be among those watching the episode when it airs Sunday night.

Carmen Portillo, 35, owner of Cocoa Belle Chocolates in Bryant, said she first discovered she would get to compete on Food Network’s Bake You Rich in late November. By January, she was in Hoboken, N.J. for filming.

According to Bake You Rich’s website, the competition consists of four professional bakers vying for the chance to have one of their creations produced and sold online by the show's host Buddy Valastro.

Portillo said filming and production for the show was “really intense.”

“We filmed for three days to shoot an hour episode,” she said.

The days were long, Portillo said, and she had to work to keep up her energy throughout the competition.

According to Cocoa Belle’s website, Portillo is a native of Little Rock who traveled abroad for just over a year when she was 19, sampling chocolate across Europe. When she returned, she studied at the Notter School for Confectionary and Chocolate Arts in Orlando, and received a certificate from Ecole Chocolat Professional Chocolate Arts.

Portillo is the only certified professional chocolatier in Arkansas, the website states.

This attention to chocolate set Portillo apart from her competitors, she said.

“It’s a whole different animal,” she said. While bakers are used to the heat required for baking, when preparing chocolate, “you have to keep your kitchen cool. It’s really kind of polar opposite.”

Throughout the show, Portillo said she worked to apply her specialty to the challenges placed before her. She tried to eye everything “through a lens of chocolate.”

“How can I choclify something?” she would ask herself during the competition, she said.

Portillo said she is excited about watching the show when her episode airs Sunday. She plans to host a watch party on Facebook, with a live feed capturing her reactions as she watches the produced episode for the first time.

Regardless of the competition’s outcome, though, Portillo said she hopes one day to have her own show, in which she travels and educates viewers on how chocolate is prepared and used around the world.

“That’s one of my dreams, to really open the world of chocolate up to so many people,” she said. “Maybe this is a step in that direction.”