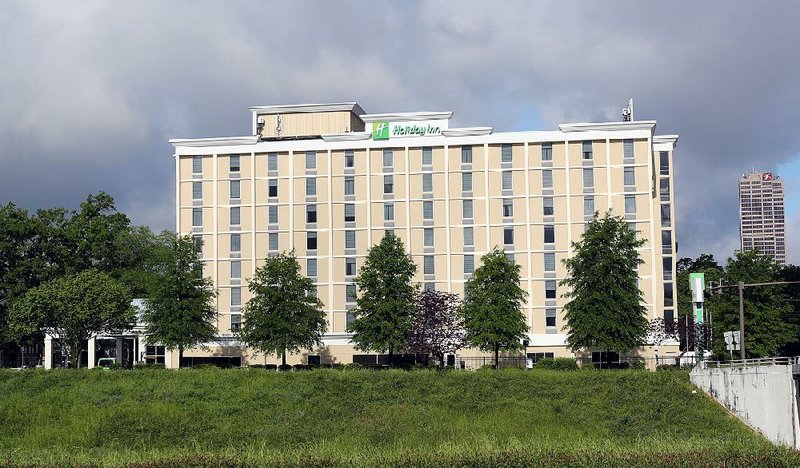 The eight-story hotel, with 150 rooms, was built in 1970, but underwent significant renovations in 2002 that converted an old Best Western InnTowne into the Holiday Inn Presidential.

The update was overseen by Larry Carpenter, who bought the Best Western for $2.5 million in 2002 and sold it as the Holiday Inn Presidential for $8.5 million in 2016.

The deal was partially financed with a loan from Key Bank for $8.6 million. The hotel, which includes 1.3 acres, appraised at $11.4 million this year.

Carpenter estimated that LR HI Associates spent more than $3 million upgrading the hotel after he sold it in 2016.

Carpenter is still developing some real estate in Little Rock and in the Dallas area.

"Selectively, I'm still doing some [investing] in what I call Class A real estate," Carpenter said.

The seller was Arkansas Community Colleges.

Haybar had sold the building in 2015 to Arkansas Community Colleges for the same price, $715,000.

Counting the two transactions between Haybar and Arkansas Community Colleges, Haybar has owned the building three times. In 2007, Haybar bought the building from Sam Bracy III for $330,000.

Haybar Properties is one of the more active nongovernmental owners of real estate in Pulaski County with at least 136 parcels, according to the county assessor's office.

A second property transaction attached to the loan, at 1302 Cumberland St. in downtown Little Rock, was also built in 1963.

Bonnie Robertson incorporated Robertson Capital last month and was the registered agent for the company.

The seller was the Jett Ricks and Georganne Ricks Family Corp.

Jett Viquesney Ricks is president of the company.