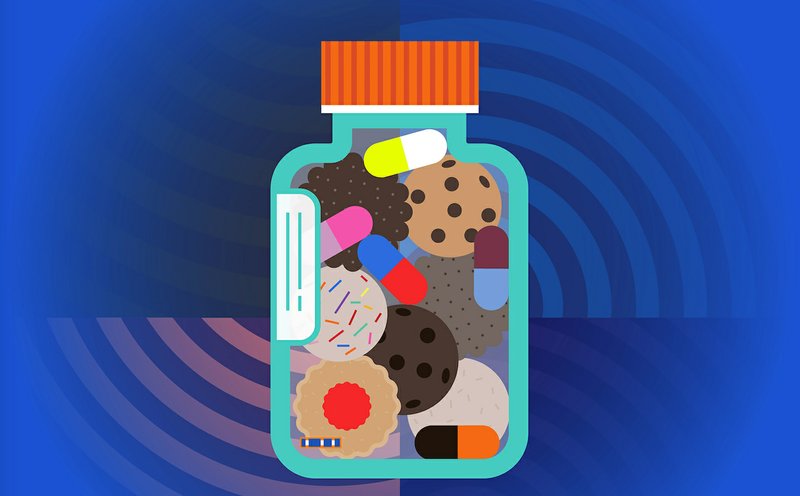 The woman, who was 84 when she came to the geriatric clinic at the University of California, San Francisco, had been coping with the disease for decades, following a complex regimen of frequent finger sticks and daily injections involving two types of insulin.

Geriatricians often encourage older frail patients with diabetes to ease up on efforts to achieve very low blood sugar (an approach called "de-intensification"), because the balance of benefits and risks shifts with age and illness.

You might think those patients would be delighted to take less medication and maybe enjoy the occasional cookie. But older people with diabetes often have long histories of striving to keep below 7 percent their results in the hemoglobin A1c test, which provides a two- or three-month average of their blood sugar control.

So they might respond the way this patient did. "She said, 'I've been doing this for 25 years,'" recalled Chen, a geriatrician. "'You don't need to tell me what to do. I can handle it.'"

The patient stuck with her routine and kept her A1c and glucose levels very low -- until her kidneys began to fail, a common complication of diabetes. The metabolic changes of kidney failure, along with her high insulin doses, reduced her blood sugar so severely that she began experiencing frequent episodes of hypoglycemia, or low blood sugar.

"She was feeling lightheaded and nauseated, sweaty," Chen said. Hypoglycemia also increases the risks of falls and fractures. Only at that point did the patient, then 87, agree to relax her insistence on strict control.

About a third of Americans older than 65 have diabetes; in March, the Endocrine Society unveiled new guidelines for their treatment.

Its recommendations included higher glucose and A1c targets for older people with diabetes, particularly those with several other chronic illnesses and cognitive impairment, or those having difficulty handling daily activities.

"This is personalized medicine, taking each patient individually and deciding what's appropriate," said Dr. Derek LeRoith, who led the committee that reviewed the evidence and prepared the guidelines. "You can have a 75-year-old who is healthy and can deal with tight control, but that's probably the minority."

In recent years, a number of medical groups have advocated more moderate blood sugar targets for older patients, including the American Geriatrics Society, the American College of Physicians, the American Diabetes Association and the Veterans Affairs medical system.

"It's important in shifting the thinking that lower is always better," said Dr. Kasia Lipska, an endocrinologist at the Yale School of Medicine. Her research has shown that overtreatment remains common in older diabetics, most of whom see primary care doctors for their diabetes care.

To be clear, none of these groups advises ignoring high blood sugar at higher ages.

Diabetes can lead to grim complications, from heart attacks and strokes to blindness and amputations. It's also associated with cognitive decline.

With lengthening life spans, "we know that 70- to 75-year-olds can live for 10 years or longer," LeRoith said, and reducing high blood sugar could help lower their risk of complications. But, he added, "one should go very slowly with this age group."

Age and life expectancy matter in diabetes treatment because of the time to benefit. "You need to control blood sugar for five to 10 years before you see real benefits, like reducing the risk of amputation or the need for dialysis," Lipska said.

On the other hand, the harms that can accompany treatment show up right away — "primarily hypoglycemia, but also the risks of polypharmacy, more drugs, more chance for error and more expense," Lipska said.

That's why the Endocrine Society guidelines and others recommend lower blood glucose levels and hemoglobin A1c ranges for older adults in good health, but higher targets for those with other illnesses and limited life expectancies. These people likely won't survive long enough to benefit from strict glycemic control; in the meantime, it could hurt them.

The Endocrine Society suggests an A1c from 7 percent to 7.5 percent for the healthiest older people, depending on whether they're taking drugs that can cause hypoglycemia.

The last category includes those with end-stage diseases or moderate to severe dementia, as well as nursing home residents.

The guidelines emphasize, however, that reasonable A1c and glucose ranges can vary for individual patients.

Those targets still seem too low to some proponents of moderate glycemic control, like Dr. Sei Lee, a geriatrician at University of California, San Francisco.

Lee, a diabetes treatment researcher, helped draft the American Geriatrics Society's "Choosing Wisely" recommendations, which suggested a higher A1c of 8 percent to 9 percent for those with multiple illnesses and shorter life expectancies.

Overall, however, he approves of the Endocrine Society recommendations. "They're absolutely a step in the right direction, an improvement," he said.

He thinks the society's 40-page document overemphasizes prediabetes, in which people have elevated blood sugar that is not high enough for a diabetes diagnosis. It has been a contentious topic.

But he appreciates the society's suggestion that instead of following strict diabetic diets, older patients with diabetes should eat healthfully and limit simple sugars.

"Especially in a nursing home, the range of joys of life gets narrower, and food is one that remains," Lee said. Pushing a restrictive diet simply to lower blood glucose readings can make older people miserable without measurably improving their health.

De-intensification for older diabetics has gained traction only slowly — "a lost opportunity to reduce overtreatment," a 2015 study in JAMA Internal Medicine reported.

"We've built a system where they feel good or bad about themselves based on a single number," Lipska said.

Chen's patient, however, eventually agreed that higher blood sugar was preferable to feeling sickened by hypoglycemia. She reduced her insulin dosage and allowed her A1c to climb above 7.

Yielding to her family's wishes, she also began dialysis. She died in March at 90.