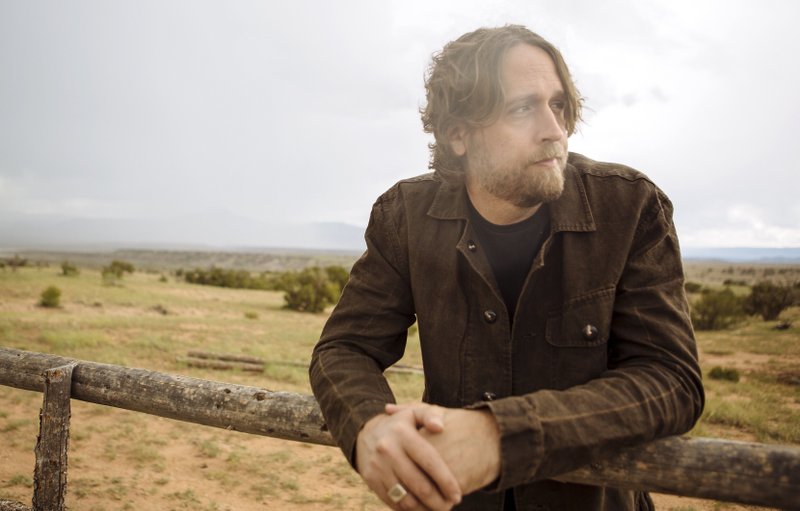 Singer-songwriter Hayes Carll grew up in Texas, but he's an alumnus of Hendrix College in Conway, so Arkansas is a sort of second home. His 2005 album is called Little Rock and "Faulkner Street," from 2008's Trouble in Mind, is about his youthful days hanging out in Conway.

"That's really where I got my start," said the 43-year-old Carll from his home in Nashville, Tenn. "It was also the first sort of home base for me professionally. Little Rock was the first town where I could come back to and people would show up and I would see familiar faces. It's a special place for me."

Carll returns for a show on Saturday in support of his latest album, What It Is.

Hayes earned a degree in history from Hendrix, but it's a good thing this whole music situation worked out.

"I graduated last in my class," he says. "There weren't many options, and I think I designed it like that ... I knew I wanted to be a songwriter, but I also wanted to go to college and have that experience. I started writing songs in earnest when I was in college and some of the songs that I wrote when I was there made their way onto my first record [2002's Flowers & Liquor]."

And, no, he and fellow Hendrix grad Ben Nichols of Lucero didn't really know each other there.

"I think he was a year or two ahead of me," Carll says. "It was a small campus, so it's always been a little surprising to me that we didn't know each other. We may have crossed paths. I'm sure we had some mutual friends."

What It Is, released in February, is a typically stellar Carll collection of sly country wisdom, character studies and humor. It's probably been mentioned elsewhere, but his songwriting is like a cross between Lyle Lovett and Townes van Zandt and his laid-back delivery makes it all look so easy.

Carll adds some social commentary to the mix on the new album.

On the fiddle-laced banger "In Times Like These," he laments a country he sees as being more and more divided.

In another track, "Fragile Men," co-written with Lauren "Lolo" Pritchard, he calls out misogynists and racists. The video, featuring Lolo on vocals, shows images of hate groups, Jim Crow-era photographs and protesters.

It's a fairly innocuous hope, that people can get along despite their differences, but it has earned him some backlash from fans.

"It's sort of mind-blowing to me," he says. "The issues were civility, decency. It's not particularly controversial. Can we all agree that Nazis are bad? The answer is no. We can't. I guess that's where we are as a country."

He addressed the subject in "If I May Be So Bold," a thoughtful essay for nodepression.com that takes its title from one of the tracks on What It Is.

The album was co-produced by Brad Jones, who was behind the board for Trouble in Mind and 2011's KMAG YOYO, and Allison Moorer, who was Carll's fianceé at the time. They were married May 12.

"She has a real talent for helping me articulate my vision," he says. "That's not my strength, and she was really helpful with that. I ended up working with two people I'm really comfortable with that brought a whole world of technical and emotional know-how into the studio. I felt very safe in there."