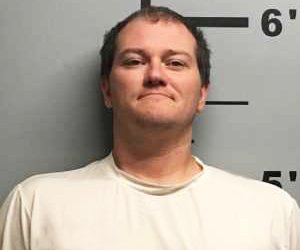 BENTONVILLE -- A Bentonville man was arrested in connection with causing injuries to a 5-pound Yorkie.

Charles Clark Wright, 36, was arrested Wednesday and released from the Benton County Jail on Thursday after he posted $7,500 bond.

He was arrested in connection with felony animal cruelty.

Bentonville police began an investigation July 23 after they received a call concerning animal abuse at 2108 S.E. Atherton Circle, according to a probable cause affidavit.

Megan Wright said she came home and found Momo laying in the kennel. The dog appeared to be injured and wouldn't stand up. She said Momo was barely responsive and had bruising around his eye and an abrasion on the back of his head, according to the affidavit. She took the dog to Sugar Creek Animal Clinic.

She called to tell her husband about Momo's injuries, and he told her he caused the injuries and the veterinarian would say the dog was hit really hard over the head with something. She told her husband the veterinarian asked if Momo was hit with something because of the severe trauma. Charles Wright told her he smashed Momo's head against the side of the house, according to the affidavit.

Charles Wright also said he kicked Momo several times, according to the affidavit.

An X-ray revealed a large fracture to the back of Momo's skull slightly above the spine, according to the affidavit.

Dr. Doug Parker at the animal clinic said the skull injury would have been caused by blunt force trauma directly to the point of the fracture. Parker said the injury was consistent with being hit with something or being struck against an angled object such as a corner of a wall, according to the affidavit.

Gene Page, a spokesman for the Bentonville Police Department, said the dog is recovering from the injuries.