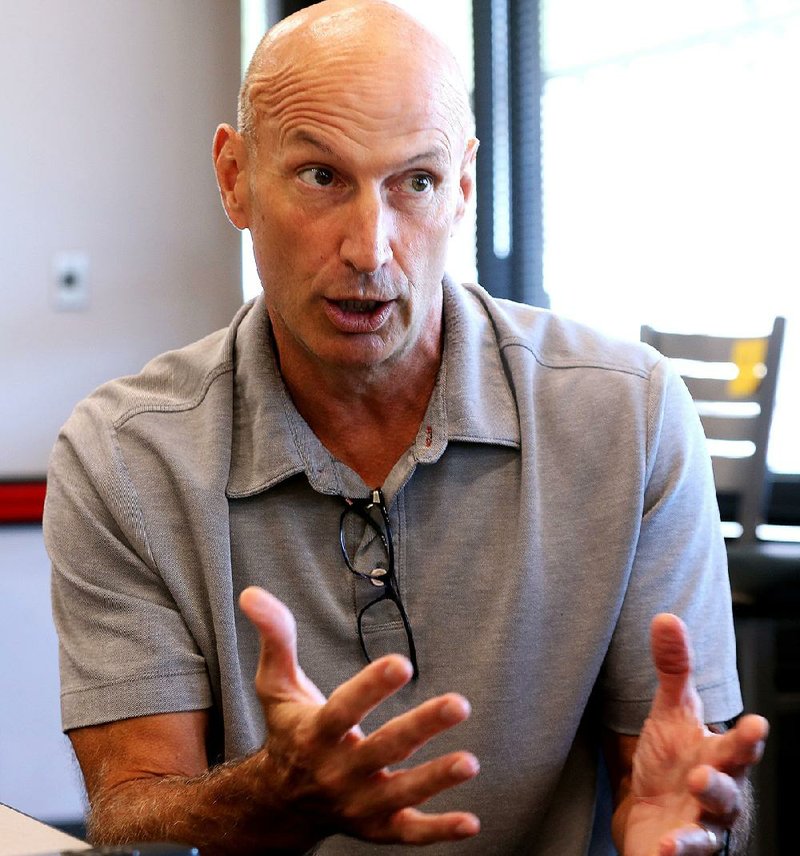 The moves comes on the heels of Anderson's wife Wendy's ongoing battle with cancer over the past year.

"I think it's more important at this point in time than it has been in the past, just dealing with what my family is dealing with off the field," Anderson said.

"I've kind of always wanted to make sure that we were super prepared. Pray for the best, but prepare for the worst," Anderson said. "Dave is more than capable to step in at any point that he needed to, if I were pulled away [from] a meeting, a day, a press conference or a few days at a time. They're very real possibilities at some point through the next four months, and we just want to be prepared."

Duggan, who's worked with Anderson in past stops at Southern Miss and North Carolina, spent the past three seasons at Western Michigan where he served as the linebackers coach and special teams coordinator.

"He's been with me for five years, and he absolutely knows what and how we would want to do things," Anderson said. "We've got full support from everybody involved, from the administration down and the players.

"If and when the time were to come that I would need to be gone from a press conference, or a meeting, or a practice, I don't want there to be an excuse for us to fall apart, and I don't want there to be a distraction. I want our guys prepared, our staff prepared to continue to move forward towards the goal which is to find another way to win another [Sun Belt] title."

Blake Anderson announced Thursday that junior defensive back Demari Medley has rejoined the team after being suspended for the entire spring.

"It was really, as much as anything, just attitude and wanted him to grow up a little bit," Anderson said. "I've been really candid with him and very transparent about what I expected of him. Kept him out all the way through the spring. Talked to him again at the end of spring and told him that I was gonna still kind of consider his possibility of coming back."

Anderson said Medley even explored the possibility of transferring.

"Thought he needed to do so, because it might be easier for him to start over somewhere else than it will be for him to come back and do what I ask him to do," Anderson said. "Laid out some very stiff parameters of what I expected of him, and he still chose to come back. Had a great meeting with him today. We need him athletically, but mainly we just need him to continue to grow up."

Medley, a Gainesville, Fla., native, is expected to compete for playing time at cornerback.

He's played on defense in 15 games in his first two seasons with the Red Wolves, recording 32 total tackles, a forced fumble and two interceptions, including one returned for a touchdown last year.

The only ASU assistant coach who's been in Jonesboro for the entirety of Coach Blake Anderson's five-year tenure, Allen Johnson finds himself in rare company on the staff as he heads into his sixth season with the program and Anderson.

Johnson, along with Anderson, has seen plenty of change with the Red Wolves' program over the past five seasons, from new facility upgrades, to flashier uniforms, to waterfall sculptures in the north end zone corners of the stadium, to improved recruiting, to more fan support.

"It has changed tremendously," Johnson said. "Over the years, it's gotten bigger and bigger, and I think that's a testament to the new facilities, the excitement our support staff helps with and stuff like that. It's been really good."

Anderson has seven new assistant coaches on his staff this season, including both coordinators. Johnson has even gone from coaching the safeties to the cornerbacks.

"Every year is a new year, but this is really new," Johnson said. "Why is that? New people on the staff, new defense, whole different philosophy, new philosophy on offense, new special teams coordinator. There's a lot of different philosophies, so it's like coming into a new program. But even though it feels that way, the standard is still the same."

Practice and preparation for the 2019 season begins this morning. The season opener is set for Aug. 31 against SMU at Centennial Bank Stadium in Jonesboro, with kickoff at 6 p.m. The Red Wolves are coming off an 8-5 season. 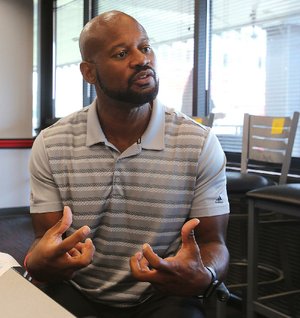