The Southern Legislative Conference for Farm Bureau was in Little Rock all week, with representatives from across the southern states and Washington DC. They had a full agenda with meetings but took time to showcase our state, traveling to Stuttgart and the Rice Experiment Station, Riceland Foods, staying at the Capital Hotel and seeing all the sites downtown around the River Market. Wednesday night was their last full night in town and although a few of their folks had left to go home, the bulk of them got to have dinner 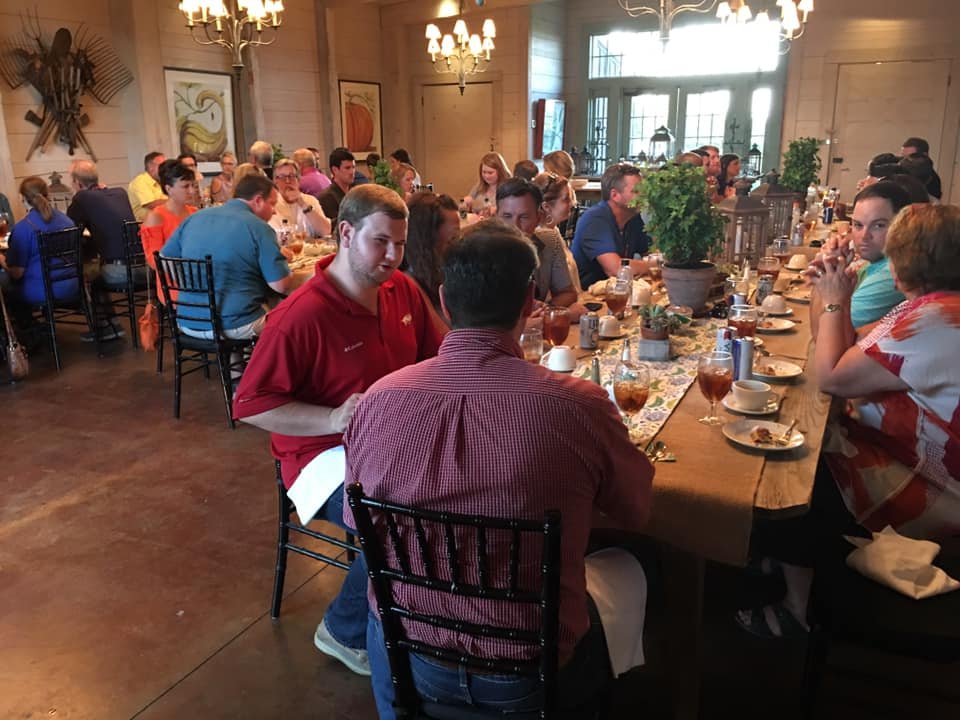 and tour Moss Mountain for their final event. 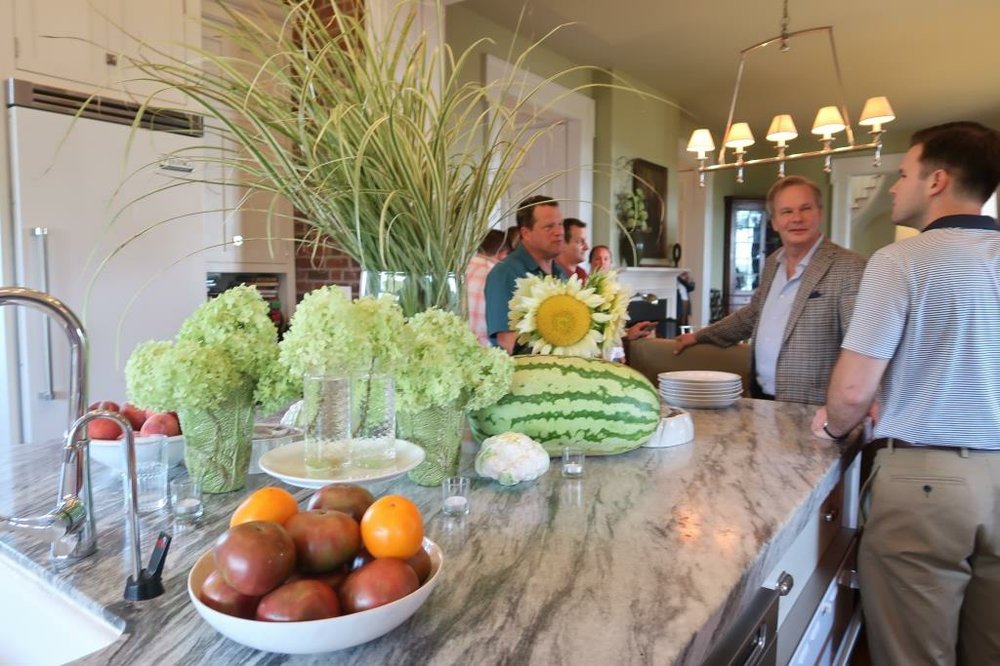 Since I had helped with some of the logistics, they invited me to join them, and I took Martha Ray. Allen was in town and personally greeted everyone. 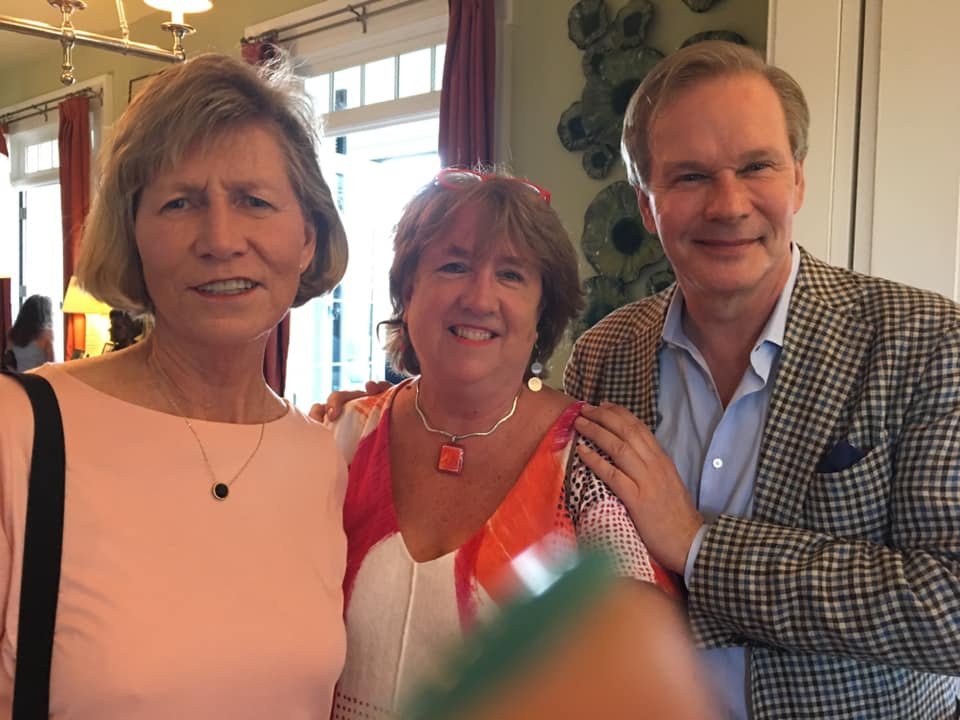 After a fried chicken dinner, docents were on hand to lead a tour of the gardens. 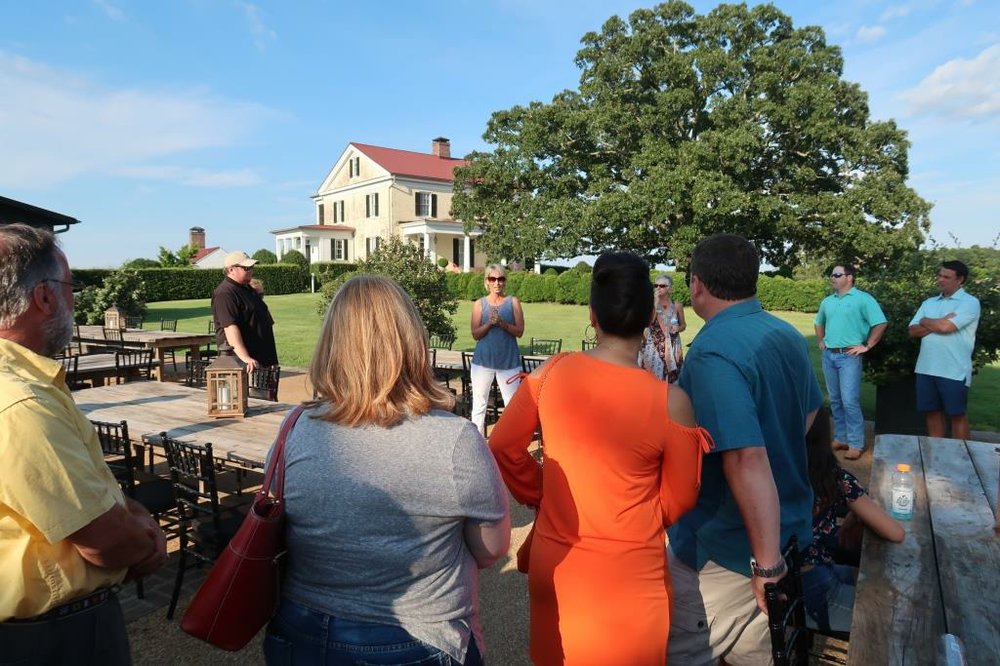 We sneaked out a bit early and walked the gardens on our own. The weather has taken its toll out at Moss Mountain, just like at other gardens across the state. 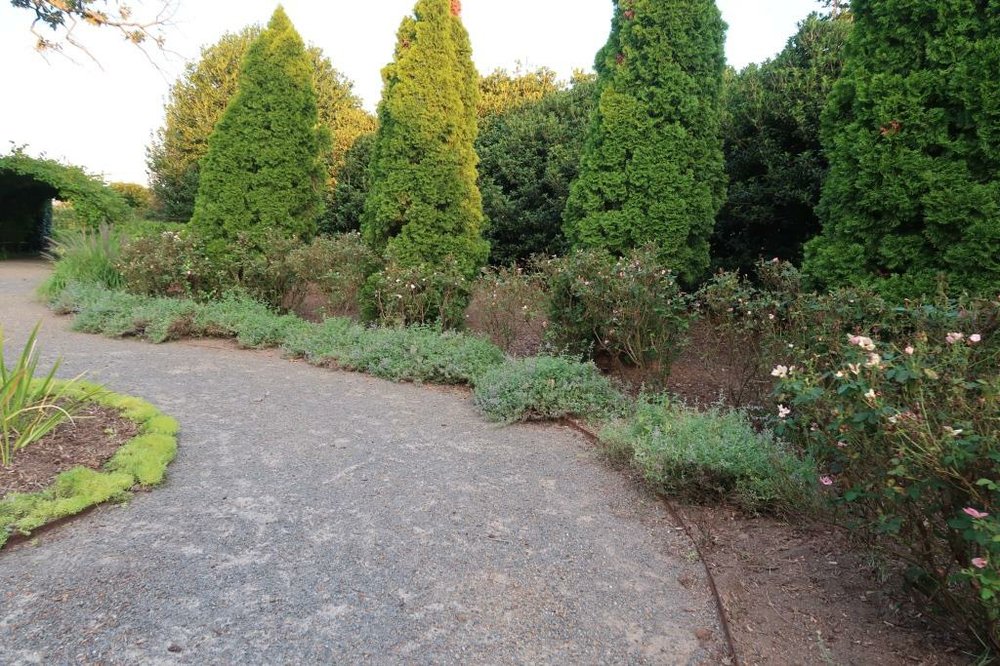 Allen told me they have also been inundated with deer since the flooding. They typically don't offer public tours in July and August because of the heat, so there wasn't much in bloom. I am sure they will replant and spruce up before fall tours begin. The bones and foundation of a great garden are still in place. 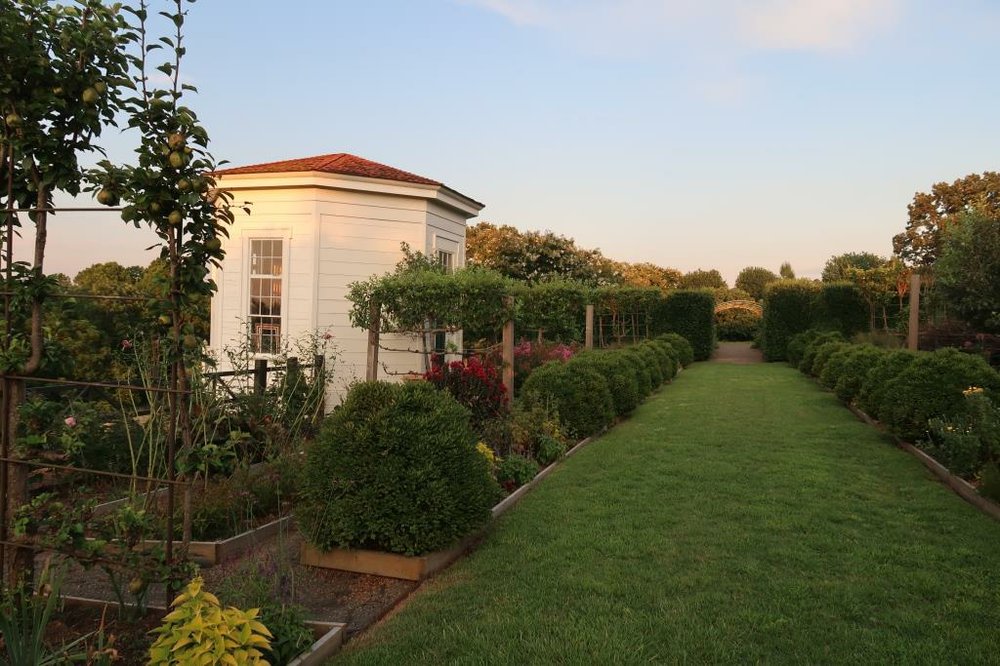 We did see some white Sunpatiens and a few perennials in bloom. The big fig tree that anchors the garden 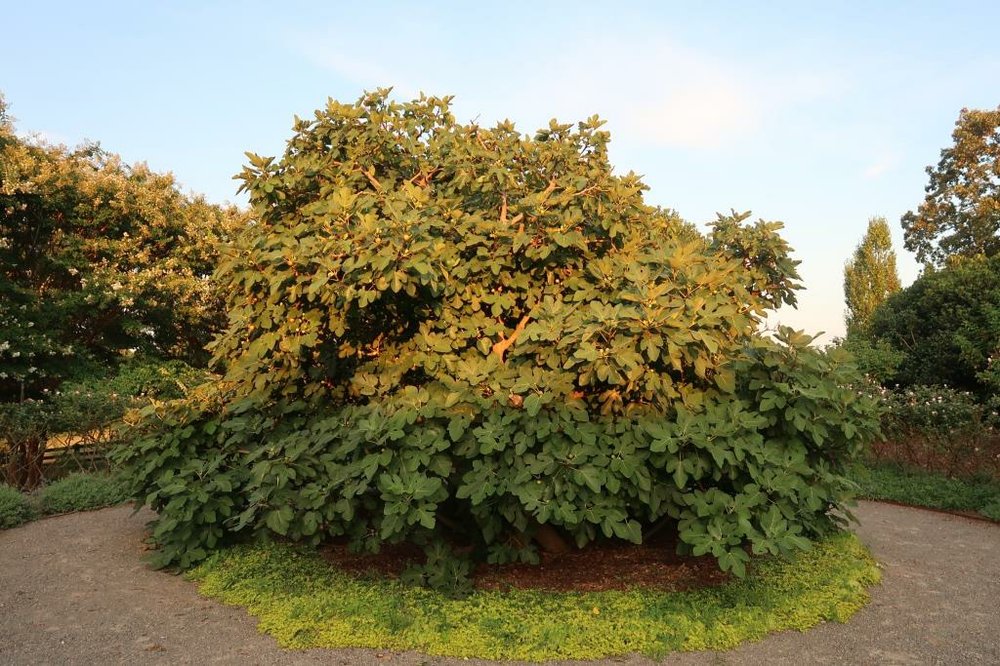 was absolutely loaded with figs, 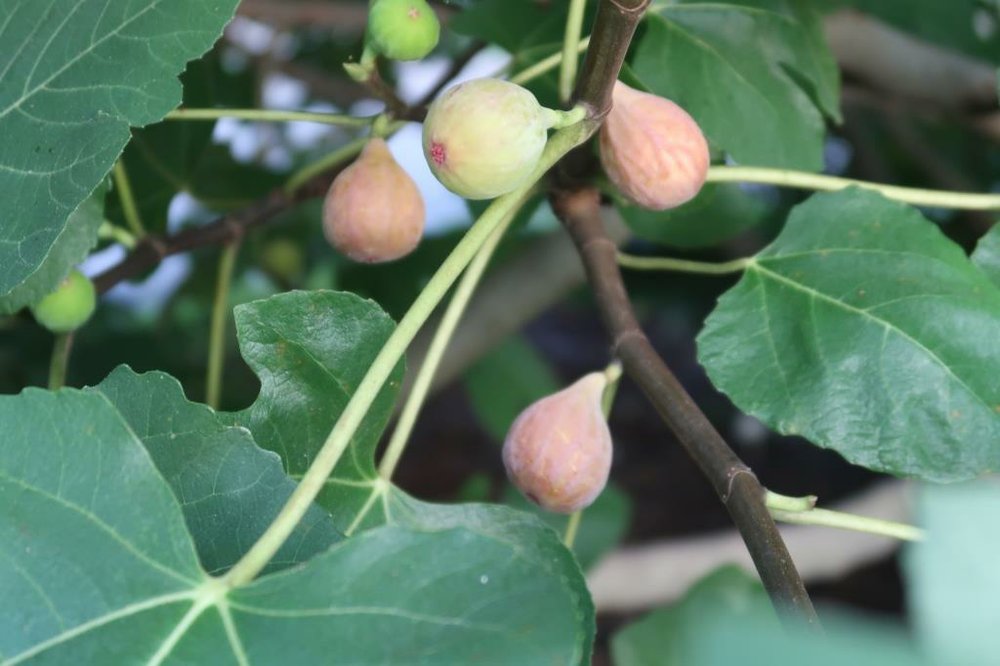 and there were some pears and apples on the espaliered fruit trees. 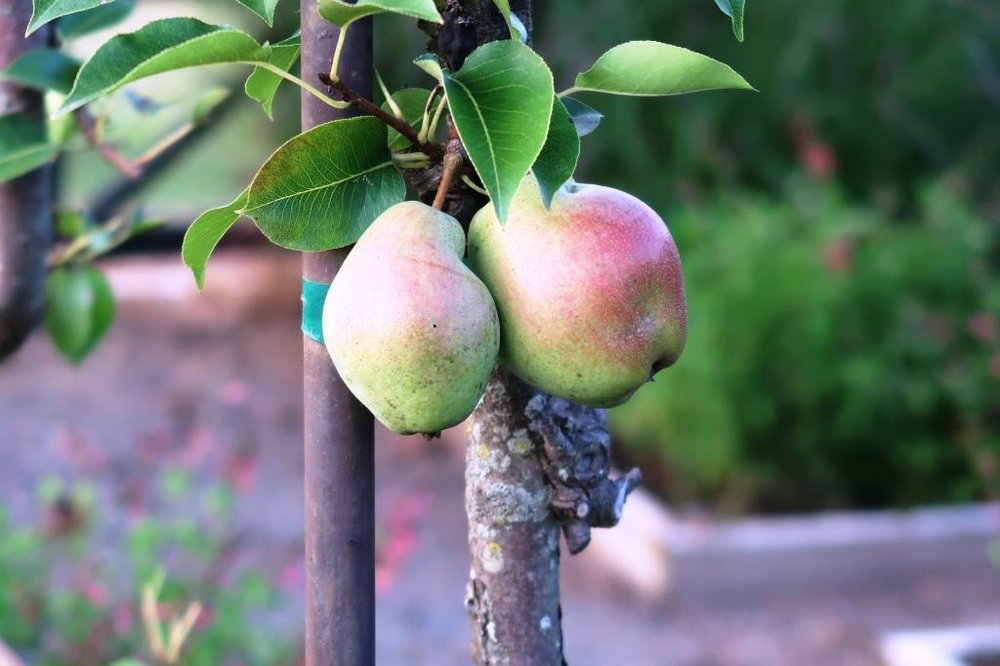 We did not make it up to the vegetable garden, but I think they have not had the best season there either. Everyone seems to be complaining about their vegetable gardens, with tomato woes being top of the list.

We had a fine time visiting with the Farm Bureau staff and people from various states. 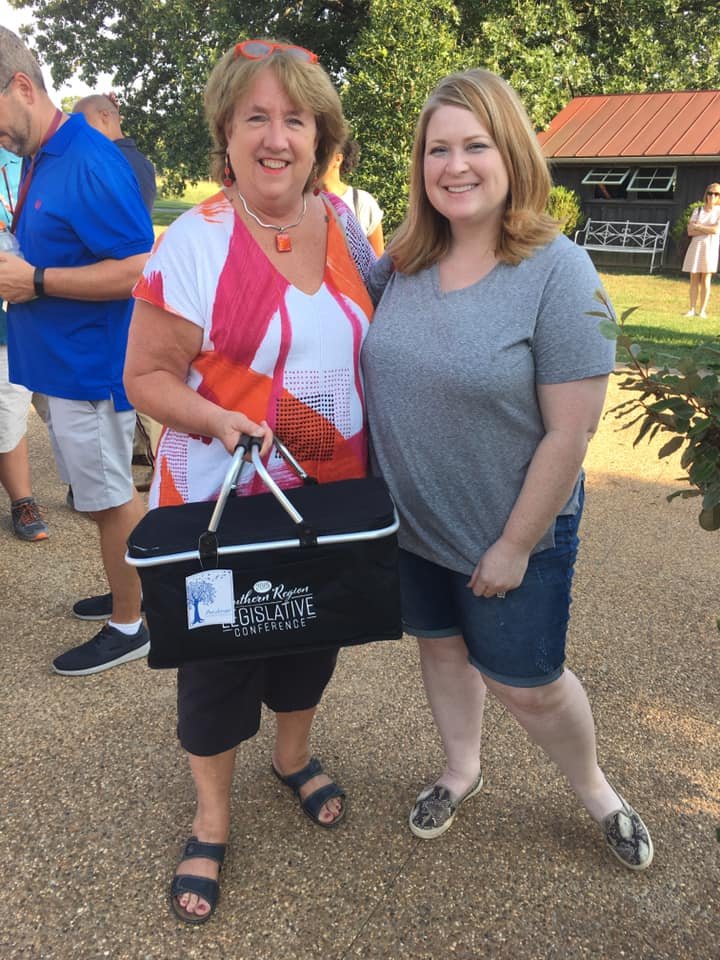 I think they were all blown away by their time in Arkansas. Several told me how impressed they were with Little Rock, and they are already making plans to return. I do love to hear that since I love Arkansas! Farm Bureau is a staunch supporter of Agriculture in Arkansas and has supported horticulture programs for years, so I like helping them in return.