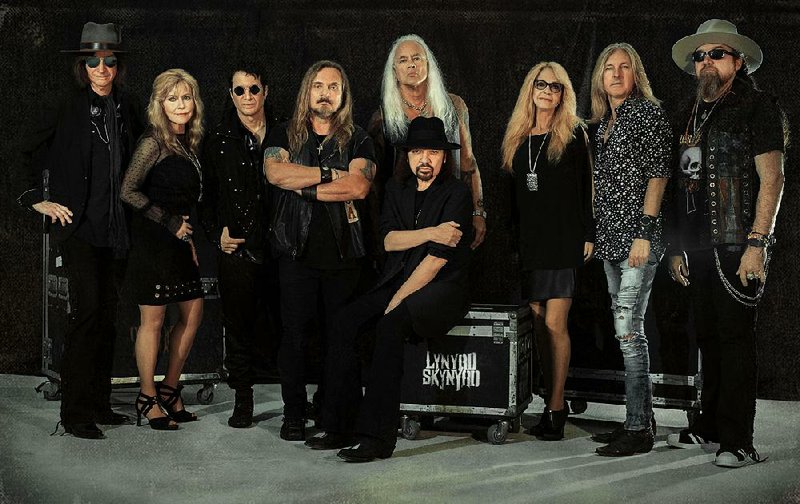 Lynyrd Skynyrd will headline a concert at First Security Amphitheater in Riverfront Park this fall as part of the 25th anniversary celebration for a Little Rock radio station, city officials said.

The Southern rock band will play in Little Rock on Oct. 12 as part of their Lynyrd Skynyrd’s Farewell Tour: The Last of Street Survivors with guest Black Stone Cherry.

“Lynyrd Skynyrd has been an artist that has been on our top five ever since we have been on air,” The Point 94. 1’s Program Director Mike Kennedy said. “Skynrd is a Southern band and we are a Southern state. It made sense.”

The riverfront concert is the result of a partnership between the Little Rock Convention & Visitors Bureau and Awakening Events that began in April, 2019. Awakening Events’ subsidiary River Concerts is the producer of the shows. The Point 94.1 is the local sponsor of the concert.

“It takes a village,” said Awakening Events & River Concerts President and CEO Dan Fife at the announcement of the concert.

Kennedy said the last time Lynyrd Skynyrd played at the amphitheater it was a completely packed venue.

“For a 25th birthday we decided to start at the top, and it turns out the top said yes,” Kennedy said.

Gates open at 5:30 p.m. and Blackstone Cherry will be the opening act. Tickets will go on sale at 10 a.m. on Aug. 9 via RiverConcerts.com and Ticketmaster.com. 8,375 seats will be available.