Hobbs & Shaw more of the same, but not nearly as good as predecessors by DAN LYBARGER Special to the Democrat-Gazette | August 2, 2019 at 1:54 a.m. 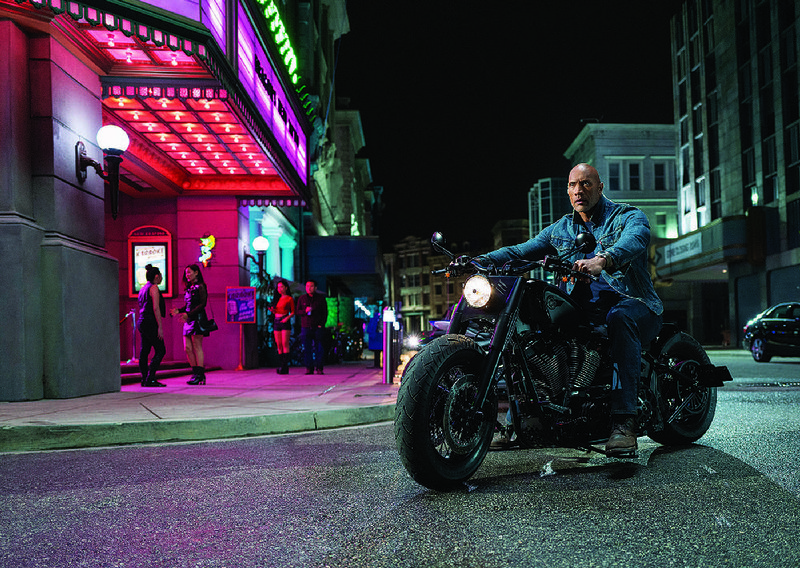 On The Onion's morning talk show parody, Today Now, they interviewed the screenwriter behind the latest Fast & Furious movie. He's a 5-year-old.

Probably not. Chris Morgan, who has penned a lion's share of the movies, has a profile picture that indicates he's a middle-aged man. But going by his latest movie, it would have been easy to believe The Onion.

Rating: PG-13, for prolonged sequences of action and violence, suggestive material and some strong language

At best, it is fun to watch long series of jaw-dropping, physics-defying sequences. Morgan's heroes are thin but likable, and it's pretty to believe that the world can become a better place thanks to speeding vehicles and massive property destruction.

With Fast & Furious Presents: Hobbs & Shaw, Morgan seems to have run out of ways to make automobiles collide and buildings explode. Worse, he runs out ways to make viewers care about characters who are pummeling each other, and he wastes the skills of some talented performers. Director David Leitch (Deadpool 2, Atomic Blonde) knows how to make the silliest of action scenes convincing and exciting, but even he can't enliven a plot where characters are repeatedly taken hostage because Morgan either sets his watch to abductions or he can't think of other forms of peril.

For all of my grousing, the idea of pairing lawman Hobbs (Dwayne Johnson) and freelance leg-breaker Shaw (Jason Statham) is a great idea. Johnson is a former wrestler, and Statham was a diver on the British National Team. Both have more acting chops than they are normally asked to use, and there seems to be a genuine chemistry and tension between them.

It can be as entertaining to watch them bicker.

Hobbs & Shaw starts off with plenty of opportunities for the two to trade verbal and physical blows, but eventually decides that repeatedly demolishing vehicles is more fun. The CIA and MI6 recruit the duo because a terrorist group set on mass genocide are trying to obtain a programmable virus that could kill everyone on the planet.

Well, maybe not everyone because a fellow named Brixton (Idris Elba) is the villains' primary enforcer, and he has an enormous capacity for surviving gunshot wounds. The virus won't do much to him.

To prevent the killer bug from getting out, an MI6 agent named Hattie (Vanessa Kirby) swipes the sample to keep Brixton from obtaining it. Hobbs and Shaw have an additional reason for catching her and the killer bug. She's Shaw's sister.

In the Fast & Furious movies Justin Lin directed, he paced them so expertly that viewers could gaze in wonder at what cars can't really do without letting viewers stop to think that what's happening is utter nonsense. Leitch delvers a surplus of pyrotechnics, but the redundancy and a lack of snappy banter between explosions mutes some of the fun.

There are some clever codas and some great cameos from Ryan Reynolds and Kevin Hart. If only the thought behind their roles had been invested in the rest of the movie.