Some in GOP balk, but Senate OKs budget bill 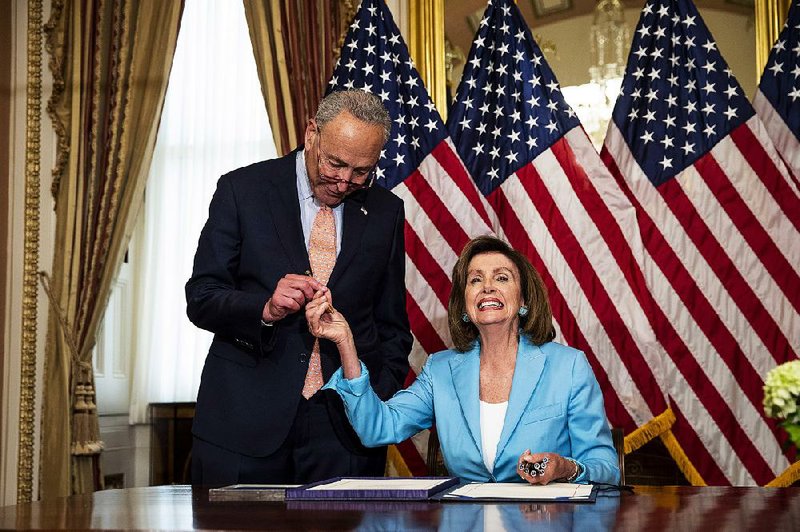 WASHINGTON -- The Senate gave final approval Thursday to a two-year budget deal that would raise federal spending by hundreds of billions of dollars and allow the government to continue borrowing money, sending the measure to President Donald Trump for his expected signature.

Barely half of the Republican majority joined almost all of the Democrats in voting for the measure, 67-28, after a deal largely negotiated by Speaker Nancy Pelosi, D-Calif., and Treasury Secretary Steven Mnuchin stoked conservative dissatisfaction over Washington's failure to cut government spending. Democrats pointed to large Republican tax cuts as the latest driver pushing the surging expansion of the federal debt and claimed victory for the increases in domestic spending.

The budget deficit through June of this fiscal year reached $746 billion, up from $607 billion at the same time last year, despite healthy economic growth. Yet the agreement now heading to Trump would raise military and domestic spending by $320 billion over existing statutory spending gaps for this fiscal year and next.

"Budget Deal is phenomenal for our Great Military, our Vets, and Jobs, Jobs, Jobs!" Trump tweeted before the vote. "Two year deal gets us past the Election. Go for it Republicans, there is always plenty of time to CUT!"

[Video not showing up above? Click here to watch » https://www.youtube.com/watch?v=NXTvY-vXBz4]

Members of the Arkansas delegation split their votes.

U.S. Sen. Tom Cotton, a Republican from Dardanelle, opposed it.

In a written statement, Boozman described the budget deal as "the largest investment in our national defense since the Reagan administration."

"Failing to pass this bill puts that momentum at risk and throws our military back into another period of budget uncertainty," he said.

The state's senior senator portrayed it as an acceptable compromise.

"The President and his team worked hard to negotiate this deal. It may not be perfect, but it ensures the government remains operational while Congress completes the appropriations process," he said. "This agreement provides stability in the budget process and a responsible blueprint for appropriators to follow without inclusion of any poison pill provisions that House Democrats attempted to add."

In a written statement, Cotton portrayed the bill as deeply flawed.

"This two-year budget deal avoided the worst-case scenario, but still sets defense spending far below the levels requested by the president and former Defense Secretary [James] Mattis," Cotton said. "America shouldn't be spending recklessly on wasteful programs while adversaries like China accelerate their military buildups. That is unfortunately what this budget deal will mean."

The Arkansans in the House -- four Republicans -- were also divided when they took up the legislation last week. U.S. Rep. Steve Womack of Rogers and U.S. Rep. French Hill of Little Rock voted yes. U.S. Rep. Bruce Westerman of Hot Springs and U.S. Rep. Rick Crawford of Jonesboro voted no.

"Given the exigencies of a divided government, we knew any bipartisan agreement on funding levels would not appear perfect to either side," Sen. Mitch McConnell, R-Ky., the majority leader, said in a floor speech Wednesday.

"I trust that none of my colleagues are under the illusion that our work is finished," he added. "The bipartisan funding deal is the opportunity -- the only opportunity -- on the table to continue filling these gaps before it's too late."

Mick Mulvaney, the acting White House chief of staff who adamantly opposed federal spending as a House member from South Carolina, said Sunday that he was confident about the president's support because of the investment in military spending.

The deal follows other measures that have increased spending substantially under Trump -- and a 10-year tax cut expected to cost the Treasury at least $1.5 trillion. Some Republicans argued that both sides had lost any sense of fiscal responsibility by settling for meager spending cuts in a measure that raises spending over existing caps by $320 billion. The agreement provides for $77.4 billion in spending cuts, half the $150 billion in cuts that some in the White House had demanded.

Others framed their vote as a necessary capitulation in the face of divided government and the potentially catastrophic possibility that the Treasury Department could run out of money before the full Congress returned from the August recess.

"Every budget deal, every negotiated compromise -- there's a hundred reasons to vote no," said Sen. Kevin Cramer, R-N.D. "This is the best deal you're going to get in divided government."

Sen. Martha McSally, R-Ariz., applauded the uptick in military spending. "Even though I have to hold my nose and accept some other things, that's what governing is about," she said.

An amendment offered by Sen. Rand Paul, R-Ky., that would have cut spending and required a balanced budget got only 23 votes. Four Democrats opposed the budget deal, including two running for president as moderates, Michael Bennet of Colorado and Amy Klobuchar of Minnesota.

"It's not just Democrats. Republicans are also guilty. At least the big-government Republicans who will vote for this monstrous addition of debt," Paul said. "Many of the supporters of this debt deal ran around their states for years complaining that, 'President Obama's spending too much and borrowing too much,' and these same Republicans now, the whole disingenuous lot of them, will wiggle their way to the front of the trough."

Passage of the two-year bill allowed senators to leave Washington for a monthlong recess and cleared away two big fiscal hurdles for lawmakers eager to avoid another government shutdown. The debt ceiling will not be a problem until after the next presidential election and total spending numbers are set for the 2019 and 2020 fiscal years.

Many Democrats praised the deal for heralding the end of the Budget Control Act of 2011, which was meant to exert fiscal discipline on Washington by imposing strict spending caps known as the "sequester." Instead lawmakers came together on a bipartisan basis every two years to increase spending over the caps, increasingly without bothering to pay for it. The current deal represents the last such move under the Budget Control Act before its expiration.

"This deal ends the threat of sequester permanently. That is huge," said Sen. Charles Schumer of New York, the Democratic leader. "As large forces erode the financial resources, automation, technological advancement, one of the only enforcements large enough to push back on the side of the middle class and help them is the federal government."

But the budget deal offers Congress only a rudimentary outline for how to keep the government fully funded past Sept. 30. Lawmakers must now race to detail how they will disburse that money across all federal departments and agencies in 12 spending bills.

"There are people of both parties who want to make it work," Schumer said last week. "It will be bipartisan, which is good for us."

Information for this article was contributed by Emily Cochrane of The New York Times; by Erica Werner and Damian Paletta of The Washington Post; by Andrew Taylor of The Associated Press; and by Frank E. Lockwood of the Arkansas Democrat-Gazette. 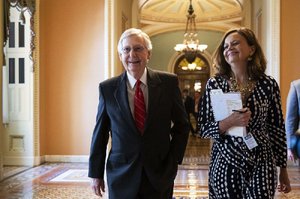 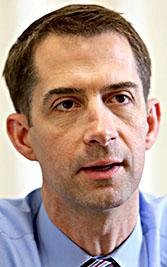