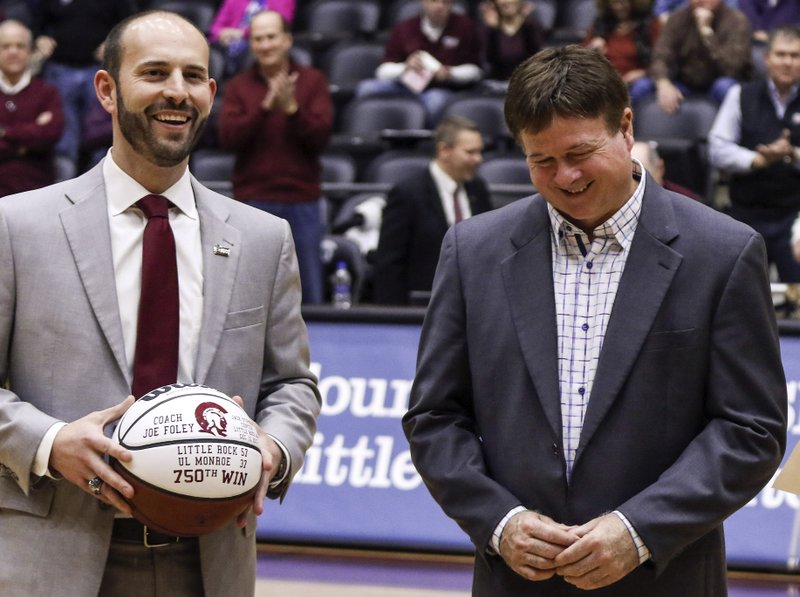 University of Arkansas at Little Rock Athletic Director Chasse Conque is leaving for the same position at the University of Texas Rio Grande Valley. Conque had been at UALR since January 2015 and will leave later this month.

"Today is very bittersweet," Conque said in a statement released Friday morning by the school. "Over the past four and a half years, I have had the distinct opportunity to lead Little Rock Athletics and am very grateful to have witnessed some transformational years. Our competitive success and record-breaking academic achievements are just the tip of the iceberg.

“I have been blessed with the hardest working staff in the country and some amazingly dedicated coaches that have all worked to enhance the Trojan student-athlete experience. The Little Rock Trojan brand is stronger today because of their tireless work. I simply cannot thank the campus community, central Arkansas and all our fans and supporters for what they have contributed these past several years.”

Conque also helped increase fundraising at UALR, raising over $11 million during the last three years, and led a re-branding of the athletic department for the school, which is now referred to as "Little Rock's Team."

"We are grateful to Chasse's leadership and success as athletic director and vice chancellor and wish him the best as he joins the University of Texas Rio Grande," UALR Chancellor Andrew Rogerson said in a statement. "Chasse did an excellent job of fundraising and building support for the Trojans and the university, so it is tough to see him go. Our campus and fans will truly miss him and his wife, Lisa, and their three daughters."

A news conference with Conque is scheduled for 2:30 p.m. today at the Jack Stephens Center.