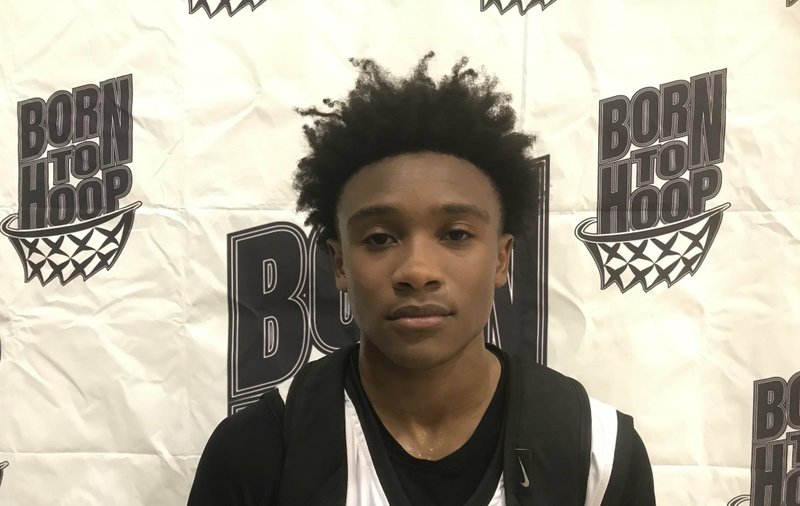 Williams, 6-2, 169 pounds, came to Fayetteville by way of Deland, Florida, where his father was the head coach of Stetson University for six seasons.

“I think my IQ as a basketball player increases a whole bunch because we’re in the same house,” Williams said. “I can pick his brain or talk to him whenever I want or if I have a question.”

“I can really shoot the ball,” Williams said. “That’s one of the things I worked on when I moved to Arkansas. My confidence has gone up with my shooting ability. I can get to the basket, too, take people off the dribble and get to my spots and shoot.”

College coaches often thank their wives and children for enduring numerous moves over the years while they pursue their professional dreams. Williams Jr. has lived in six different cities - Tulsa, Broken Arrow, Stillwater in Oklahoma, Tallahassee and DeLand in Florida - before landing in Fayetteville.

While some children of coaches may see the moves as a negative, Williams believes his outgoing personality has helped in transitioning from city to city and state to state.

“I just go with the flow. We move, we move,” Williams said. “I’m not really a shy person, so moving here I’ve already met some friends with my teammates on the team. So, I’m comfortable. I’m going to make more friends when school starts.”

Williams, who played with the 16-under Woodz Elite late this summer, also excels in the classroom with a 3.8 grade point average.

“I want to major in business, maybe engineering, communications,” Williams said. “But business for sure because you can do a lot of things with that, and marketing, too.”

He said his father’s two hobbies are golfing and fishing.