Elliott not staking much on last season's victory 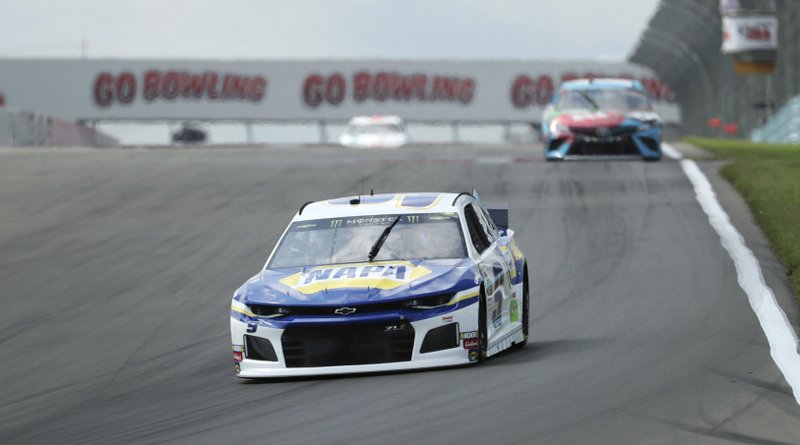 WATKINS GLEN, N.Y. -- Chase Elliott is back at Watkins Glen International, where he won for the first time at NASCAR's top level. Rest assured that last year's victory on the speedy road course in New York's Finger Lakes region is not on his mind.

"It's out of my system. It's time to come back and try to run good. I felt like we had an OK first practice, but we have some work to do. It's tough. Everybody's real close."

Last year, Elliott had been mired in a confounding losing streak since the start of his Cup career in 2016. His victory at The Glen came in his 99th Cup start and assured him of his first spot in the playoffs. It also gave him a big dose of confidence after leading a race-high 52 laps, outdueling Kyle Busch to win the second stage, and holding off Martin Truex Jr. at the end.

Elliott passed Busch in a scintillating second segment as the crowd roared, but he didn't have to worry about him at the end because of a faulty fuel probe that took Busch out of contention after a dominating opening segment.

In the postseason, Elliott won twice more -- at Dover and Kansas -- though he failed to make the final four.

"More than anything, being fast last year was nice," Elliott said. "That's what helps more than anything. Just knowing that we had some decent pace. I think that's the most important thing. If you have pace, then the rest of it can come. Hopefully, we can have that again."

Elliott has already qualified for the postseason this season with his victory at Talladega in May. But after four consecutive top-five finishes, he hasn't had a top-10 finish in the No. 9 Hendrick Motorsports Chevrolet since June at Pocono, seven races ago.

Today's race over the 2.45-mile natural terrain layout at Watkins Glen offers a chance to gain some momentum.

"The frustrating ones are the ones you can control. Making mistakes that we shouldn't make and I shouldn't make. Just cleaning that stuff up," Elliott said. "It happens. I can't say I'm bogged down by it, but I certainly want to get things going on the right path. We still have time to do that. This would be as good a place as any to get things going in the right direction."

Unlike the relaxed surroundings in California at the road course at Sonoma in June, the atmosphere at Watkins Glen offers a different vibe as the playoffs loom. There are only five races remaining in the regular season, and the points are bunched-up at the cutoff line. Ryan Newman is ranked 16th and tied in points with Clint Bowyer, and lurking 12 points behind them is seven-time Cup champion Jimmie Johnson. The top 16 drivers make the postseason and Johnson has never failed to qualify for the playoffs since they were instituted 15 years ago.

Just behind Johnson are Daniel Suarez, Paul Menard, Ricky Stenhouse Jr. and Chris Buescher. Among the four, only Suarez has never won a Cup race, but he has been stout at Watkins Glen with an average finish of 3.5.

"I've learned in this sport that you can never be too comfortable," said Aric Almirola, who is two points behind Elliott but doesn't have a victory this season. "There are so many people hovering right around that cutoff line and just outside that cutoff line that can win on any given weekend. I know it might not appear that way, it appears the same cars often win, but everybody in this sport is too good. On any given weekend, things could just line up for those guys and they're talented enough, their teams are good enough, their cars have got decent speed where they could pull off a win. A 30-point gap -- that can go away in one race."

Denny Hamlin's victory last week at Pocono for Joe Gibbs Racing made it eight different winners in the past eight Cup races. There has not been a repeat winner at Watkins Glen since Marcos Ambrose in 2011-12. Elliott topped Saturday's second practice, almost a full second ahead of Martin Truex Jr., but said it was much too early to think about that.

"It's kind of hard to tell," he said. "There's been times where I've ended the day on Saturday excited and thought I had a chance and have been trash on Sunday. We'll find out tomorrow afternoon."

It was the first series victory for the 20-year-old driving for Penske Racing, and he outran one of the best road racers in NASCAR.

Allmendinger moved out to a big lead with five laps in the 82-lap event, but Cindric, with fresher tires, slowly began closing the gap and was within two car lengths with three laps to go. He closed to the back bumper of the No. 10 Chevy in the inner loop, but Allmendinger held his ground.

On the 81st lap, Cindric tried again going up through the esses and dogged Allmendinger coming out of the carousel turn, a sweeping left-hander, and then made the pass.

Allmendinger bumped Cindric back, forced him wide, and briefly retook the lead before going wide into the final turn, allowing Cindric to recover. He made it through the tough first turn and up through the esses as Allmendinger finally faded, finishing 1.16 seconds behind.

Monster Energy Cup regular Kyle Busch started from the pole, his first at The Glen in 11 tries in the series, with Cindric alongside on the front row.

The race was Busch's to lose, but he lost it near the midpoint of the race around the speedy 2.45-mile natural terrain layout. Busch passed Blaney for the lead in the inner loop on the 35th lap, locked up his left front tire, and slid off course, forcing him to the pits and then the garage, his day over with a broken part. 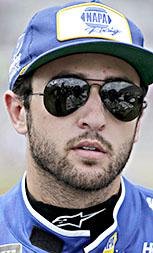 Print Headline: Elliott not staking much on last season's victory