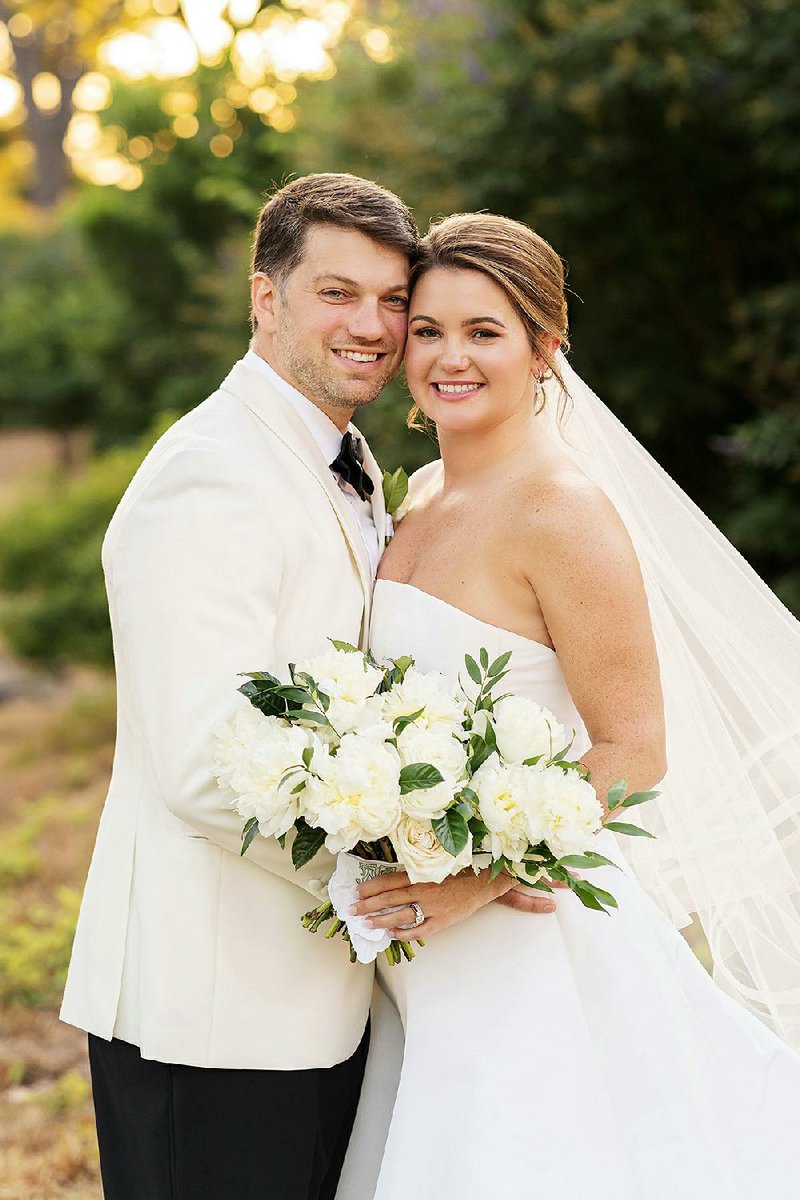 The groom is the son of Ruth Mutch and Wade Andres, both of Dallas. His grandparents are Edith and Peter O'Donnell Jr., and Patricia and Gilbert Andres of Dallas.

Given in marriage by her father, the bride wore a Vera Wang strapless A-line gown of silk faille with a cathedral-length train. She carried a bouquet of white peonies, ranunculus and white tea roses.

Serving as the bride's honor attendants were Ali Lucas of Chicago, Tori Kilburn of Little Rock and Maegan Whitaker of Rogers. Bridesmaids were Charlotte Hartzell of Little Rock; Katherine Wright and Cari Daniell, both of Dallas; Lindsi Darnell of Denver; and Carey Todd of South Pines, N.C. They wore dusty-sage-colored chiffon gowns and carried petite all-white bouquets of ranunculus and roses.

The groom's honor attendants were his brother, Zachary Andres of Jackson Hole, Wyo., and James Davis of Dallas. Groomsmen were Bryan Blaylock, Blake Rogers, Taylor Smith, Michael Maberry and Barret Howell, all of Dallas; and Clancy Phillips of Boulder, Colo. Guests were seated by John Andres of Dallas, cousin of the groom; Robert Bruning of Chicago; James Butts III and James Coil IV, both of Brooklyn; and Robert Darnell Jr. of Denver.

After the ceremony, a reception was held at Brook Hollow Golf Club. Tables held candles and all-white arrangements of peonies, roses, tulips, hydrangeas and orchids. Music was by In10City.

The bride has a bachelor's degree in communication from the University of Arkansas at Fayetteville, where she was a member of Alpha Omicron Pi. She is an executive assistant at Jan Showers Interior Design.

The groom is a graduate of the University of Georgia with a bachelor's degree in management and real estate. He is a project administrator at Andres Construction Services in Dallas.

The couple will reside in Dallas after a honeymoon in Bora Bora, French Polynesia.