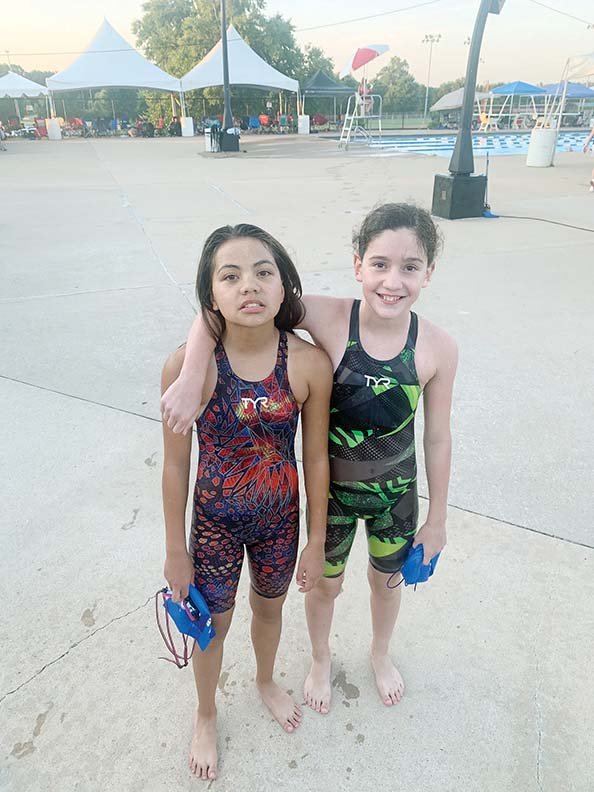 SEARCY — Chad Price, director of the Searcy Swim Center, wanted to do something to help children in the area become more physically fit.

Price, who coaches the Searcy Sharks swim team, had the idea of a kids triathlon. He approached Unity Health of Searcy to sponsor the event.

“We really wanted to bring in some people and let them see the new swim center and try to help kids in our community become more active,” Price said.

The triathlon, which is for children ages 6 to 17, will start at 8 a.m., with setup for the transition area for bicycles starting at 6:30 a.m. Registration is $30.

“With the triathlon, we have swimming, running and biking,” Price said. “The swim for the younger kids is just one length of the pool. The run is about a mile and a half, and the bike ride is 2 miles. We’re trying to make sure people of all fitness levels can be involved so they are not intimidated by trying a new sport that could carry on through their lifetime.”

Former Searcy Sharks swimmer Melanie Abbott of Cabot was the first athlete from Arkansas to sign a scholarship offer to compete in triathlon, going to Drury University in Springfield, Missouri.

“That was kind of the impetus to get more people who might not just be interested purely in swimming,” Price said, “but wanting to do some running, some other things, to get them up and going.”

Anna Brumfield, marketing director for Unity Health, said her organization is proud to be the sponsor of the triathlon.

“When the Searcy Swim Center approached us about helping with a triathlon for children, we felt like this was an opportunity we wanted to be part of, to help provide this for kids in our area,” Brumfield said. “It is important to us as a health care organization to empower and encourage children in our community to live healthy lives every day. The kids triathlon is a great way to encourage kids to exercise, have fun and do their best.”

Price said interest in the event has been good so far.

“We’re doing pretty good right now,” he said. “We’re picking up a lot of local interest. We’re beginning to get some from other areas like North Little Rock, which is really good. We really didn’t know what to expect this year.”

Price said competitors must use their own equipment.

Brumfield said she hopes children who participate will gain extra confidence and perseverance by competing in the triathlon.

“Children will be divided into age groups and participate in age-appropriate distances,” she said. “We hope to see lots of kids sign up and know there will be many people cheering them on.”

To register for the event, visit racesonline.com, and search for Unity Health Kids Triathlon.