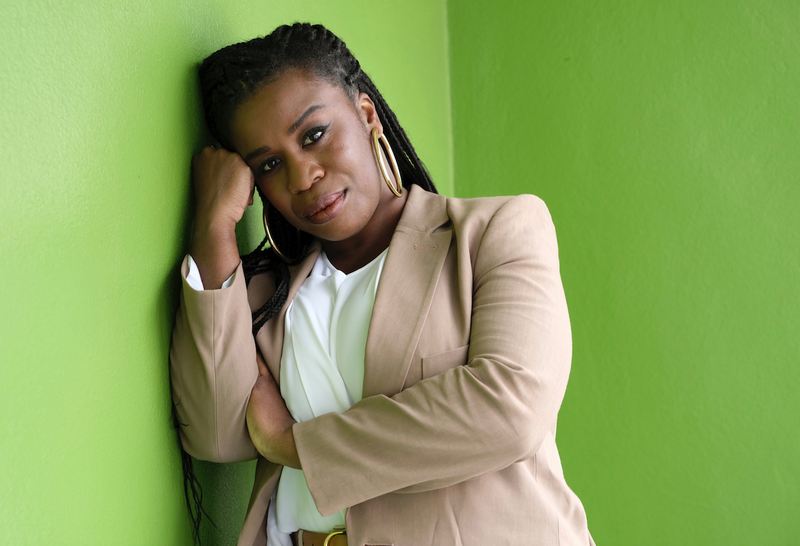 Uzo Aduba has won two Emmy Awards for her role as Crazy Eyes in "Orange is the New Black." (Courtesy Netflix)

In 2004, Piper Kerman, who had pleaded guilty to money laundering violations, entered federal prison. Thirteen months later, she left it. She wrote a memoir, Orange Is the New Black, and that book, in the hands of showrunner Jenji Kohan, became one of the first hits of the streaming era. Piper Kerman became Piper Chapman (Taylor Schilling), a WASP convict whose story hooks the viewer just long enough to introduce dozens of characters who don't have her white, middle-class advantages.

In the seventh and final season, which is streaming on Netflix, Chapman wins parole.

But Kerman is back in prison, voluntarily. In 2015, she and her husband, writer Larry Smith, and their son, moved to Ohio, where she teaches narrative nonfiction in two correctional facilities.

In late May, she had testified before a House Judiciary subcommittee about the experiences of women and girls in the criminal justice system. In an interview, she speaks about the final season and the fund the show has created to promote criminal justice reform and support formerly incarcerated women.

Q: How often did you go to set during filming for the final season?

A: During my time in Ohio, my visits have been fewer. The bulk of my contribution has almost always been focused on answering questions from the writers' room, to help them make the show very truthful in terms of the context of prison.

Q: What did you discuss with Congress?

A: The hearing was before the House Judiciary Subcommittee on Crime, Terrorism and Homeland Security was focused exclusively on women and girls in the criminal justice system. The committee chose to screen a scene from the show: Maria, played by Jessica Pimentel, is returned to the prison immediately after giving birth, a reflection of something that I witnessed very early in my own prison sentence. You could have heard a pin drop in that room. Everyone understood the emotional impact. There's no substitute for storytelling to drive these points home. 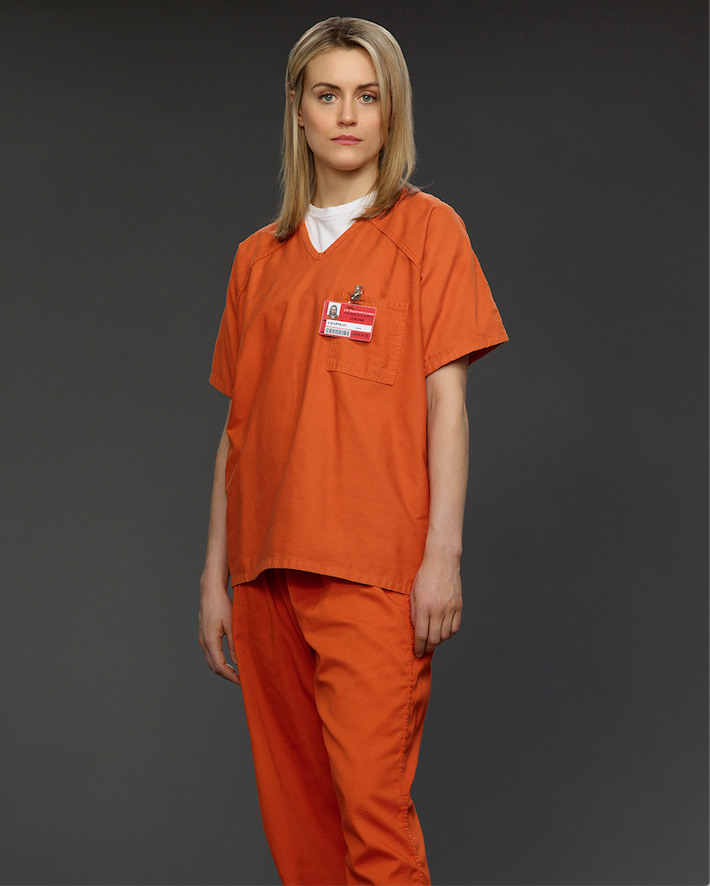 Taylor Schilling stars as Piper Chapman in "Orange is the New Black" on Netflix. (Courtesy Netflix)

Q: How similar are Piper Kerman and Piper Chapman?

A: The show is not a bio-pic, fortunately. There are demographic similarities. I am basically a middle-class white woman and therefore fortunate and advantaged in terms of navigating the criminal justice system. But Piper Chapman is a product of Jenji Kohan and her team's writing and Taylor's acting. One of the things that I love about the show is that it flies in the face of a necessity for female characters to be "relatable" and "likable."

Q: Did you know that Piper was going to be the bait-and-switch to get us to care about characters who weren't white and middle-class?

A: My book is often understood as a fish out of water story, because we've constructed a carceral system that's focused disproportionately on poor people of color. My hope was that the book would attract readers who wouldn't otherwise read a book about prison and that they would come away thinking and feeling differently about the people they had read about. The book is really about a community of women. I feel like the show is an absolute reflection of that.

A: My return to the community was easier. Piper Chapman's struggle through her re-entry, knowing she's a person who's much better positioned for success than the majority of people who are released from prison, is a reminder of just how hard it is. There are 700,000 people coming home from prison and jail in this country every year. So I'm glad they included a re-entry story.

Q: Did Poussey's death affect you?

A: Poussey's death was devastating. For many people it is this watershed moment in how they think and feel about the show, and hopefully about the prison system. American prisons and jails are harsh, horrible, incredibly punitive places, because that's how we built them to be. One of the most important things about the show is that it shows beautiful moments of humanity and kindness. That's the reason that the show has inspired such passionate devotion.

Q: What can you tell me about the Poussey Washington Fund?

A: Many fans who come to the show have some sort of personal lived experience relative to the criminal justice system. Many fans want the system to do better, to be reformed, to be transformed. This is one way that fans can contribute directly to organizations that are doing that transformation on the ground.

I also hope the fans are inspired within their own communities. Whether that's going and volunteering at a jail or a prison themselves, or getting involved in judicial elections or prosecutorial elections. Fans of the show actually have a direct say in how some of these decisions ultimately get made, if they are paying attention.

Print Headline: Why the Orange Is author returned to prison