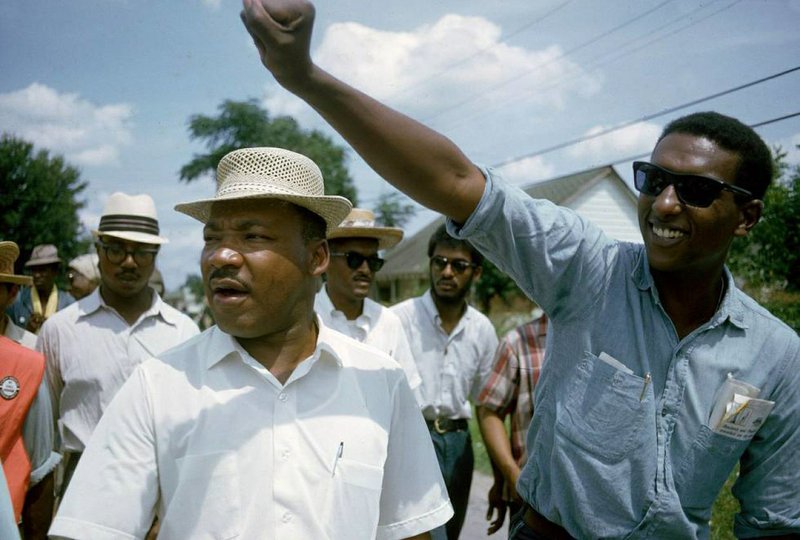 City officials in Jonesboro decided earlier this year to name a street in honor of Martin Luther King Jr., but choosing which strip of road will bear the civil-rights leader's name has created a stir in the northeast Arkansas town.

The Jonesboro City Council created the Unity Coalition Advisory Committee in June to find a way to honor King after a proposal to change Johnson Avenue to Martin Luther King Jr. Avenue was opposed by some members of the council.

A contentious debate has broken out between members who want to honor King by renaming a street after the civil-rights leader and those who are concerned about preserving the city's history.

Emotions spilled out last week during the group's second meeting.

"We seemed to have surfaced racism," coalition member Lisa Melton, who is also a member of the Craighead County chapter of the NAACP, said during the meeting that was live-streamed on social media by a local radio station.

Emma Agnew, another member of the coalition, said she disagreed with the idea of forming a committee to address the issue from the start.

"My opinion is the City Council is supposed to be a group of leaders," Agnew said in a telephone interview. "You have to make tough decisions from time to time, but they decided to form a committee comprised of people who are for it and people who are against it."

City Council Member Charles Coleman, chairman of the coalition, said the issue has created a miniature standoff among coalition members andthroughout the city.

"A lot of people don't want their street name changed, but a lot of people want to see it happen," Coleman, said. "I can say there is the same amount of controversy in the council as in the community. "

Agnew, who is president of the Craighead County chapter of the NAACP, said guarantees were made in 2009 to name a street after King.

"There were promises made at the MLK celebration," she said. "In fact, they held up a street sign for everyone to see, but it never happened."

There is no written documentation of the city's promise, but Agnew said the proclamation was made in a room full of people. She said the city decided instead to name an overpass after King several months later.

"Nobody knows it's there because it's an overpass," Agnew said. "It's not satisfactory."

Opponents say they don't want to change the name of any Jonesboro street because of the history attached to those names.

"The promise that was made was to name a new street once it was built," Garry Tate said during Tuesday's meeting. "When they named the overpass over [Interstate] 555 -- which wasn't I-555 then -- when they named it they said they would consider naming a future road that the city of Jonesboro would build.

"The city of Jonesboro hasn't built any in 25 years. Only the developers have."

Agnew said that is what has led to the standstill.

"If you aren't building new streets and you don't want to rename the old ones, then you can see the problem," she said.

During Tuesday's meeting, Coleman brought up a resolution passed in 2005 that discourages the renaming of streets. Melton countered by pointing out that Arkansas State University received approval from the City Council in 2013 to change Stadium Boulevard to Red Wolf Boulevard.

"Dear people, dear other white people in the room, how do the optics of this look?" Melton said. "It's embarrassing to me as a white person. I'm horrified, honestly. ... I'm really bothered because what we now know is no matter what we do in this room, no street will be renamed.

"It's exactly the way I felt when I left that City Council meeting, knowing that we were allowed to stand up and give an impassioned plea for what we believed was right when there was never any intention of hearing it or doing anything about it. I am horrified at the white people in this room right now."

Despite the frustrations expressed during the heated back-and-forth, Agnew pointed out that it was only a small part of the hourlong meeting.

"We made some progress," she said.

Coleman introduced the idea of creating a Martin Luther King Freedom Trail that would extend from Allen Park to downtown Jonesboro and Arkansas State University. The idea was well-received by the panel, but some members said more needs to be done.

"Most of us still think there should be a street named along with the trail," Agnew said.

Coleman said he plans to send out an email asking members to pick three or four places they would like to see named after King. Some of the streets that have been suggested are Aggie Road, Southwest Drive and Church Street, Agnew said.

The coalition is scheduled to meet again Wednesday and is supposed to come to a decision by Sept. 17.

Agnew expressed surprise at how difficult the process has been.

"We are getting this done," she said. "The longer the committee meets, the more intense it will get. The first meeting, nothing happened and everyone was smiling. The second meeting, we had the outburst. The third meeting, well, I don't know what is going to happen."