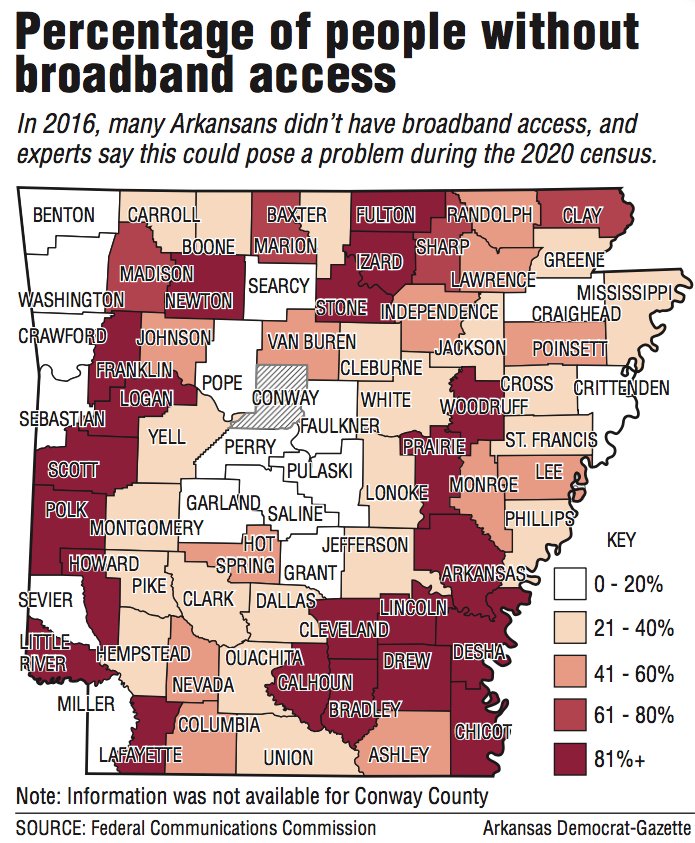 Gov. Asa Hutchinson on Tuesday announced the creation of the new Arkansas Rural Connect program, which will provide grants to qualifying communities with at least 500 people to deploy high-speed broadband to its residents. Hutchinson announced the program at a meeting of the Arkansas Sheriffs' Association in Rogers.

Hutchinson says he'll ask the Legislative Council to approve $5.7 million for the program this year, and the remainder will need to be appropriated by lawmakers in next year's legislative session.

Hutchinson in May released a plan to expand rural access to high-speed broadband by 2022.