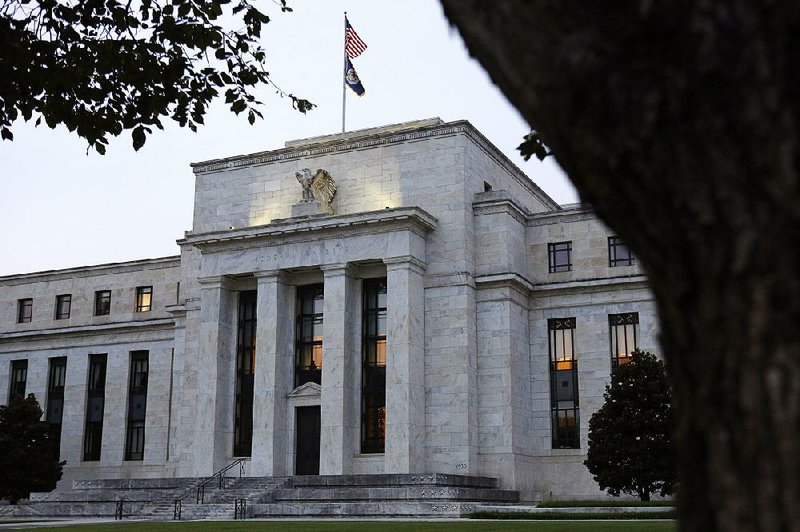 The Federal Reserve in Washington announced Monday that it will develop a system to reduce or eliminate the time required for checks or money transfers to post to accounts.

WASHINGTON -- The Federal Reserve said Monday that it will create a real-time payments system, with the goal of making paychecks and money transfers available for use faster.

The move is aimed at narrowing the amount of time between when money is deposited or transferred into an account and when it is available for use. That gap can span several hours or several days, putting individuals -- particularly low-income Americans -- at a disadvantage.

"Immediate access to funds could be especially important for households on fixed incomes or living paycheck to paycheck, when waiting days for the funds to be available to pay a bill can mean overdraft fees or late fees that can compound," Lael Brainard, a Fed governor, said in a speech announcing the effort.

Community groups, smaller banks and advocates for low-wage earners have been calling for the Fed to limit the delay and to create a public-sector option for real-time payments. But some in the banking industry, particularly large banks, have pushed back against the effort over concerns that the Fed's involvement will compete with their products and potentially crowd out private-sector efforts.

The round-the-clock service will be called FedNow and is expected to become available in 2023 or 2024, according to the Fed's news release.

The central bank is requesting comment on the design of the service, which is meant to be a platform on which the private sector can build.

The Fed's system "will provide a neutral foundation for innovation and competition in end-user faster payment services," Brainard said Monday.

Banks have been investing in their own real-time payment initiatives through The Clearing House Payments Co. Under the Monetary Control Act, to create its own system, the Fed has to show that it is providing a service that the private sector can't.

The Wall Street Journal editorial board has argued that the Fed is not meeting that standard. James Aramanda, president and chief executive of The Clearing House, said in a column this year that "even the potential" of a Fed real-time payment service was "slowing the progress of faster payments in the United States" because institutions were waiting to see what the Fed would do. He also said redundancy between the two systems "would increase costs for all direct and indirect users of the systems."

But Brainard emphasized Monday that a single, private-sector real-time payments service would create risks, because it might not provide equitable access and there would not be a backup should it fail.

After "carefully weighing important considerations on both sides, we have concluded it is our responsibility to take action in support of a real-time payment infrastructure accessible to all," Brainard said.

A group of Democrats recently introduced legislation that would force the Fed to create its own real-time payments system.

America's payment system lags behind many parts of the world, and U.S. banks are concerned about being left behind, said Aaron Klein, the policy director for the Center on Regulation and Markets at the Brookings Institution. "I think some of the large banks don't want to be the taxi medallions and be Uberized," he said, a reference to the impact of ride hailing on taxi owners.

The Fed's announcement comes at a time when big technology companies are finding other ways into the banking world. Wall Street has raised concerns about Facebook's efforts to create an alternate global currency system, known as Libra.

In 2005, Walmart waged a two-year battle for a similar bank charter but withdrew its application after small banks objected. But more than a decade later, Silicon Valley may pose a bigger threat to the stranglehold banking industry holds on key parts of the financial world.

Big tech companies could use the Fed's new service to gain direct access to the payment system, bypassing banks that currently act as a gatekeeper, said Greg Baer, chief executive of the Bank Policy Institute, which represents the country's biggest banks.

The tech industry would like the Federal Reserve to give non-banks more access to the payment system, said Brian Peters, executive director of Financial Innovation Now, a lobbying group that includes Apple, Amazon and Google. But that is not likely to happen without congressional approval and is not why the industry supports the Fed developing its own service, he said.

"At this point, we just want to make our payment system work faster," Peters said.

For decades, banks flew planes across the country filled with paper checks ready to be processed. Now, depositing a check is as simple as snapping a photo with your phone.

But there is still often a delay of a couple of days before the money is deposited into an account, a frustrating feature of America's antiquated payment system, industry experts say.

The Fed decision to develop its own service was cheered by community banks, credit unions and big tech companies that were weary of depending on a system developed by big banks.

"Community bankers, we did it!," Rebeca Romero Rainey, chief executive of the Independent Community Bankers of America, said a blog post Monday, adding that the decision would "avoid a megabank monopoly."

"I'm glad to see the Fed is heeding our calls to act, and that the American people will soon have a payments system that works for them," said Sen. Chris Van Hollen, D-Md., who co-sponsored legislation directing the Federal Reserve to develop a real-time payments system.

Information for this article was contributed by Jeanna Smialek of The New York Times, and by Renae Merle of The Washington Post.