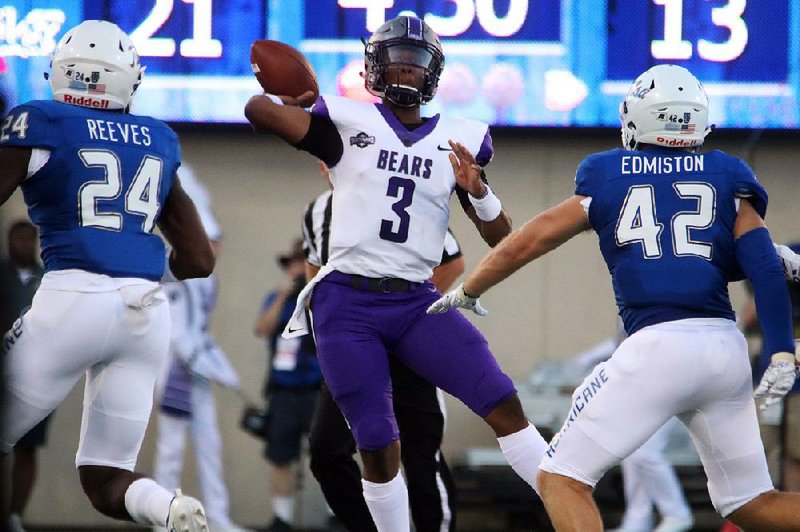 Quarterback Breylin Smith was given the reins to the UCA Bears’ offense last season after redshirting in 2016 and sitting behind Hayden Hildebrand in 2017, but he was lost for the season when he broke his right ankle against Sam Houston State. Smith will get a do-over to lead the Bears this season.

CONWAY -- Breylin Smith still is waiting to show just what he can really do for the University of Central Arkansas football team.

Of course, those who've spent time around Conway the past few years probably already have a good idea.

The 6-3, 210-pound redshirt junior quarterback is as homegrown as it gets. Smith grew up in Conway and starred at the high school, which is less than a five-minute trip north down Farris Road from UCA's campus.

A three-year starter for the Wampus Cats, Smith was named all-state as a junior and senior and threw for more than 2,000 yards in each of his three seasons.

"I really enjoy [being here]. A lot of the same people that supported [me] in high school are here," said Smith, whose late mother Dandra Thomas, uncle Mario Thomas and aunt Micaela Thomas were all UCA basketball players. "It's close to family, so that's always good because college is a little bit different."

After redshirting in 2016 and sitting behind starter Hayden Hildebrand in 2017, Smith was given the reins to the Bears' offense last year. Just four games in, though, his season ended when he broke his right ankle during a 34-31 overtime road loss to Sam Houston State.

Facing a fourth and 6 inside the red zone, with the Bears trailing by a touchdown late in the fourth quarter, Smith rifled a pass over the middle to wide receiver Jakari Dillard.

But Sam Houston State defensive end Derick Roberson had beaten UCA right tackle Dylan Desper off the edge just enough and got to Smith right as he let the ball go. Roberson landed on Smith's right ankle, and Smith knew almost immediately that the injury was serious.

"Kind of a routine play," Smith said. "Just kind of a freak deal."

After Smith got hurt, so, too, did backup Kirk Baugh later in that game, and the Bears were forced to play the final seven games of the season with a third-stringer in redshirt freshman Luke Hales. UCA finished the year 6-5 overall and 5-4 in the Southland Conference in Nathan Brown's first year as the head coach.

In 2019, Smith will get a do-over to lead the Bears, and the first objective is to stay upright for the entire season.

"We weren't satisfied with being 6-5," Smith said. "So I think just being hungry and just wanting to go out and simply do better. I'm excited, and I'm just glad I can be a part of it.

"The goals are still the same, but there's definitely a little bit more excitement."

Smith was a noncontact participant during spring camp for precautionary purposes, but he's been full-go in training camp.

In four games as the starter last year, Smith threw for 1,009 yards, 6 touchdowns, 1 interception and completed 69% of his passes. Smith also rushed for two touchdowns.

"I think Breylin brings a lot to the team. He brings a lot to the quarterback room," said Brown, who's widely considered the best quarterback in UCA history. "He's a very talented kid. Physically [he] can do it. I think mentally he's sharp. But he just has an 'it' factor that kids respond to. That's something that I can't coach, that's something Coach [Ken] Collums, our offensive coordinator, can't coach."

Brown said Tuesday before UCA's practice that the starting quarterback role is Smith's "job to lose," amid what is currently a position loaded with depth. Brown, who was UCA's offensive coordinator for four seasons prior to when former head coach Steve Campbell left for South Alabama at the end of the 2017 season, is hoping that his team can stay much healthier than it did last year.

The Bears have 14 returning starters, including eight on the offensive side. UCA was picked to finish second in the Southland Conference preseason coaches poll.

"There's no doubt we got the talent. The talent is here," Brown said. "We got to stay healthy in some crucial spots. Some young guys are gonna have to step up.

"We got a ton of young talent in our last two recruiting classes. Those guys have got to continue to grow and mature. But the pedigree is here to be a conference champion." 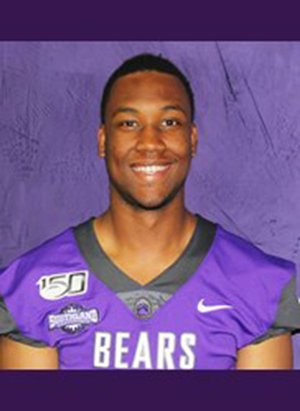