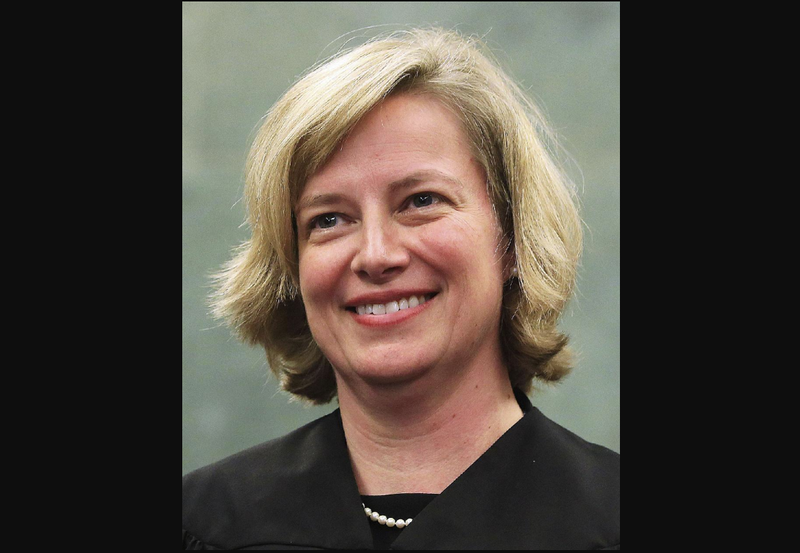 A ban on the enforcement of three new state laws that restrict abortion, including one that was expected to shut down the sole clinic providing surgical abortions in Arkansas, was extended indefinitely Tuesday by a federal judge.

Fourteen days earlier, U.S. District Judge Kristine Baker temporarily blocked the laws from being enacted on the eve of their effective date. But the temporary restraining order was set to expire at 11:45 p.m. Tuesday in the absence of the preliminary injunction Baker signed at 5 p.m.

"We're very pleased that women can continue to exercise their choice to have an abortion free from yet more interference from politicians," Bettina Brownstein of Little Rock, an attorney for two abortion clinics that sued over the laws, said after Baker issued the injunction that the clinics sought.

Within four minutes of the filing of Baker's ruling, Attorney General Leslie Rutledge's office notified the court that it will appeal the injunction, and some previous rulings in the case, to the 8th U.S. Circuit Court of Appeals in St. Louis.

The laws affected by the injunction are Act 493 of 2019, which bans abortions at 18 weeks of pregnancy; Act 619 of 2019, which prohibits abortions based solely on the likelihood of fetal Down syndrome; and Act 700 of 2019, which requires all abortion providers in Arkansas to be board-certified or board-eligible in obstetrics and gynecology.

Currently, surgical abortions are provided through 21.6 weeks of pregnancy, in line with U.S. Supreme Court precedent legalizing abortion until a fetus is considered viable, or able to live independently outside the womb, which is generally 24 weeks or more. Current law also doesn't prohibit abortions based on the reason a woman seeks the procedure. And the law allows any physician licensed in the state to perform an abortion.

The preliminary injunction replaces the temporary restraining order that Baker filed late July 23, just three minutes and 41 seconds before the laws were to take effect. The injunction will remain in effect until the laws' constitutionality, which was challenged by Little Rock Family Planning Services and Planned Parenthood, is decided. With an appeal of the preliminary ruling headed up to the 8th Circuit, a final decision on the laws' constitutionality could take months or years.

"These extreme bans and restrictions would have decimated abortion access in Arkansas, so we're relieved the court has again blocked them from taking effect,"said Holly Dickson, legal director and interim executive director of the American Civil Liberties Union of Arkansas, which is backing the lawsuit.

She added, "This ruling ensures our clients can continue to provide quality, compassionate medical care to Arkansans while we work to strike down these laws for good."

In a news release, Megan Burrows, a staff attorney at the ACLU's Reproductive Freedom Project, said, "In the last few years, politicians in Arkansas have passed 25 restrictions aimed at making it near-impossible for a person who needs an abortion to actually get one. We are pleased that the court today put the brakes on the government's latest effort to force people to attempt to overcome insurmountable obstacles just to get the care they need and that the Constitution protects."

The ACLU noted in its news release that if the laws had been allowed to take effect, people in the state would be left with a single health center that could provide only medication-induced abortions, which are available up to only 10 weeks of pregnancy -- a time when many women don't yet know that they are pregnant.

On July 22, before Baker granted the temporary order, Lori Williams, director of Little Rock Family Planning Services, testified that the clinic received no responses to a letter it sent to every certified OB-GYN in the state in an effort to comply with the upcoming requirement of Act 700.

If the law were to take effect, she said, no qualified physician would be available to provide abortions at the clinic until October, when a qualifying out-of-state doctor returns for a few days. The financial impact on the clinic, which wouldn't be able to maintain its overhead costs to keep operating, would force it to close "within a month," she said.

Sen. Jason Rapert, R-Conway, who sponsored the 18-week abortion ban, advocated for all three challenged pieces of legislation and sat in on the July 22 hearing in Baker's court, said Tuesday, "I'm very disappointed to see that yet again, the will of the people of Arkansas and the Arkansas Legislature is overturned by one single federal judge."

"It's a sad day in America," Rapert added, "when our laws protect little kittens and little puppies but it will not protect a little human being in a mother's womb."

"It is my intention," he said, "that some day we will see abortion abolished and no longer used as a form of birth control."

Thirteen months ago, Baker issued a preliminary injunction preventing the state from enforcing Act 577 of 2015, which requires a doctor who provides medication-induced abortion to contract with a second doctor who has hospital admitting privileges, in the event of an emergency. Because no qualified doctor would agree to be the contracting physician, the law threatened to close Arkansas' two Planned Parenthood clinics, which provide only medication-induced abortions.

But in early November, three years into the litigation, a qualifying doctor stepped forward in Fayetteville, prompting the parties in the suit to seek its dismissal. However, the case is still pending before Baker, and the state asked Baker to incorporate all the exhibits from the 2015 litigation into the current case, which she declined.

In addressing Act 493, which prohibits abortions after 18 weeks of pregnancy, Baker concluded that the law is unconstitutional on its face under controlling U.S. Supreme Court precedent.

In analyzing Act 619, the law concerning a Down syndrome diagnosis, which opponents call the "reason ban," Baker said that at this stage of the litigation, the plaintiffs are likely to prevail on their argument that the law unconstitutionally restricts pre-viability abortions and is therefore "facially unconstitutional."

As to Act 700, Baker said, "at this stage of the proceeding and based upon the record evidence before it, the Court finds that the plaintiffs have demonstrated that they are likely to prevail in showing that Act 700's OBGYN agreement confers little, if any, benefit upon women in the context of abortion care in Arkansas."

"This Court acknowledges the appeal of defendants' 'commonsense argument' that board-certification or board-eligibility in OBGYN must confer some benefit upon women seeking abortions in Arkansas," she wrote. But, "after a critical examination of the record evidence to date, the Court ultimately rejects that argument at least at this preliminary stage ... and determines that plaintiffs are likely to prevail on their argument that 'there is no significant health-related problem' Act 700 'helps to cure,' nor is it 'more effective than pre-existing state law in furthering defendants' asserted interests."

Baker said that while that may be enough to conclude that the OB-GYN requirement unduly burdens the right to an abortion, the 8th Circuit's decision in the earlier case "appears to require this Court to weigh benefits and burdens, even in the absence of any record evidence showing benefits caused by" the requirement.

Baker said evidence presented so far indicates that the effect of the requirement will be "to reduce significantly the number of abortions that can be provided in Arkansas," and that the plaintiffs have made good-faith efforts to comply with the law. 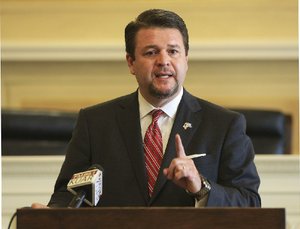