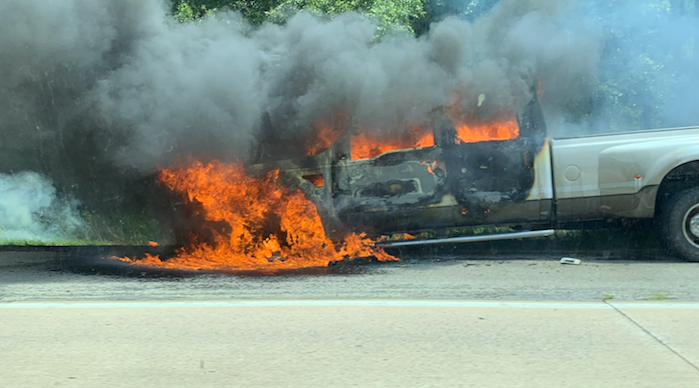 A truck burns along U.S. 167 south of Searcy on Wednesday afternoon. The Arkansas Department of Transportation reported no injuries in the fire.

The outside lane of U.S. 67 north was blocked for just under 40 minutes Wednesday afternoon after a truck caught fire in White County, transportation officials said.

The vehicle fire, which broke out just southwest of Searcy near the U.S. 371 exit, was first reported by the Arkansas Department of Transportation shortly before 2:30 p.m. Transportation officials declared the highway was cleared at about 3 p.m.