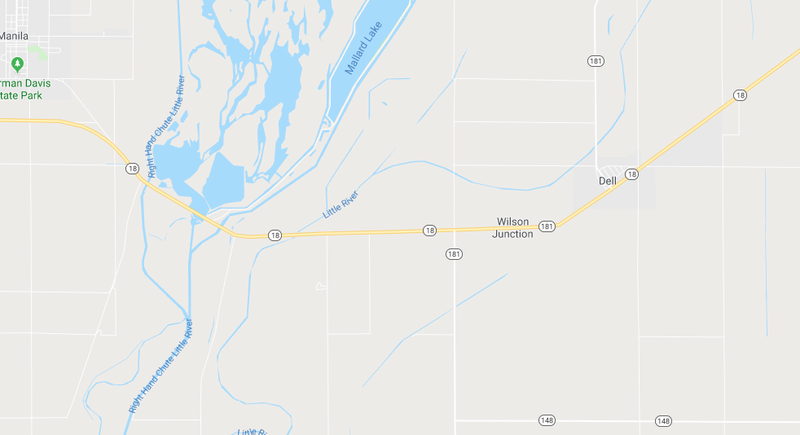 This screenshot of a Google Map shows the approximate site of a fatal crash police said occurred in Mississippi County early Wednesday.

Carroll Finley of Lamar was driving on Arkansas 18 west of Arkansas 181 when the crash happened just after 2:30 a.m., a preliminary report by Arkansas State Police states.

Troopers said Finley was killed in the wreck. Crews worked for over five hours to clear the scene of the crash, according to the Arkansas Department of Transportation.

Conditions were clear and dry when the crash happened, the report states.

At least 275 people have died on Arkansas roads so far this year, preliminary numbers indicate.