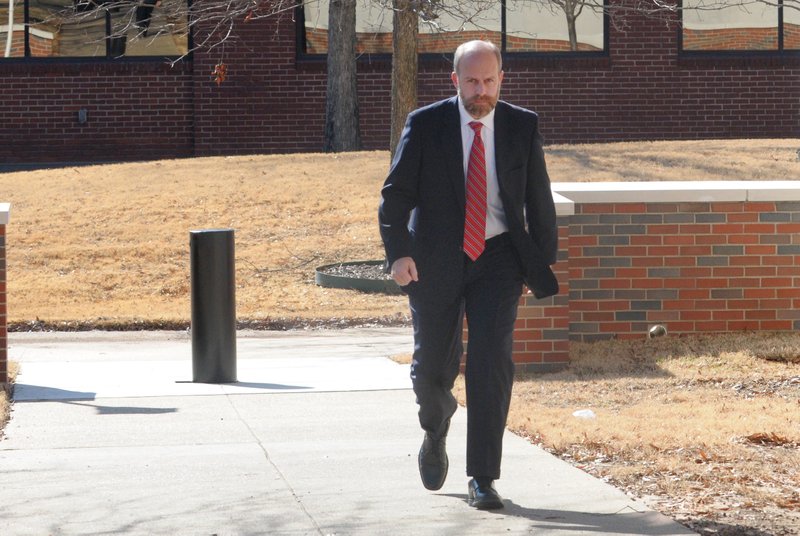 A federal judge in Fort Smith on Wednesday denied former state Sen. Jake Files' request for immediate release from prison to home confinement after Files served one year of an 18-month sentence for fraud and money laundering.

U.S. District Judge P.K. Holmes ordered that because Files "has not shown that he has exhausted administrative remedies" with the Federal Bureau of Prisons, the court lacks jurisdiction to grant the former legislator's request.

Now at a federal prison in El Reno, Okla., Files petitioned Holmes on Friday for release under the First Step Act of 2018 because of Files' clean record and good works in prison. Files cited his official release date as Jan. 31, 2020.

U.S. Attorney Duane "DAK" Kees argued against Files' request in a motion filed Tuesday, saying that the inmate would have to first exhaust all available remedies with the Bureau of Prisons.

Kees also noted that the prison bureau already has recalculated Files' release date under the First Step Act and is scheduled to send him to the City of Faith halfway house in central Little Rock on Sept. 30.

Files, who spent four years in the Arkansas House and eight years in the state Senate, pleaded guilty last year to taking almost $26,000 in state General Improvement Fund grant money for his own use. The grant was intended to help build a Fort Smith ballpark complex that is still not finished or usable.

Files was sentenced June 18, 2018, to 18 months in prison on each of three counts of bank fraud, wire fraud and money laundering, plus $89,903.77 in restitution. The sentences run concurrently.