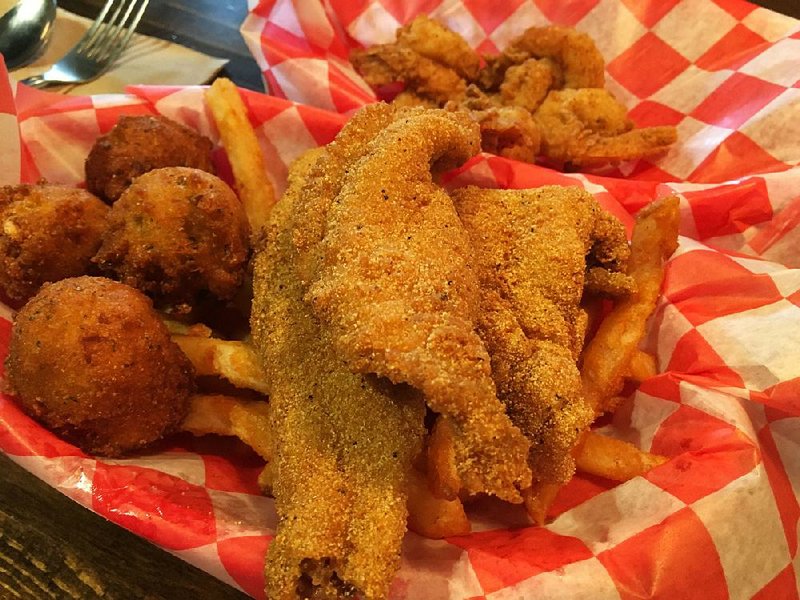 Eat My Catfish has opened its North Little Rock outlet in the McCain Plaza Shopping Center, on the east side of U.S. 67-167.

A central Arkansas seafood chain will add a new restaurant in Fayetteville this fall.

Eat My Catfish will open a location at 32 W Joyce Boulevard.

The chain caters over 700 events a year and sells more live and cooked crawfish than any other restaurant in central Arkansas, according to a news release.

The restaurant's menu includes seafood items like crawfish, crab, catfish and shrimp in addition to po'boys, chicken wings and more, according to the company's website.

Travis Hester opened the first Eat My Catfish food truck in Benton when he was 24 years old.

The restaurant opened its first walk-in location in 2012 and has since expanded to Conway, Little Rock and North Little Rock, according to the release.