Staged as a collection of recollections rather than a step-by-step revelation, this drama employs a languid pace that builds slowly, sometimes maddeningly so.

Don't let that discourage you; the payoff is an ultimately revealing and personal story of a film student in the early 1980s who, in the throes of struggling to discover where her talents lie, gets involved, much to her protective mother's distress, in an intense and problematic romance with an untrustworthy man that challenges her ability to define and achieve her goals.

The Curse of la Llorona (R, 1 hour, 33 minutes) An intriguing premise doesn't live up to its potential in this disappointingly flat horror effort in which a social worker and her young children are drawn into a supernatural realm. With Linda Cardellini, (who's terrific in the Netflix drama Dead to Me), Roman Christou, Marisol Ramirez; directed by Michael Chaves.

Long Day's Journey Into Night (not rated, 2 hours, 18 minutes) A somber, meandering, dreamlike noir drama with suitably emotional performances in which Luo Hongwu returns to his long-abandoned hometown of Kaili, where he searches for a mysterious woman he once knew and has never forgotten. With Jue Huang, Wei Tang, Sylvia Chang; directed by Gan Bi. Subtitled.

Charlie Says (R, 1 hour, 44 minutes) Although the concept is tempting, the resulting screenplay is too safe to be compelling in this drama about a graduate student who is sent to further the education of young women serving life sentences for their involvement in the Charles Manson murders. With Matt Smith, Suki Waterhouse, Merritt Wever, Annabeth Gish, Chace Crawford; directed by Mary Harron.

Donnybrook (R, 1 hour, 41 minutes) A dreary, unrewarding and too-violent slog of a drama about two men -- a violent, unpredictable drug dealer and a struggling ex-Marine trying to provide for his family -- who prepare to compete in an illicit caged bare-knuckle fight that will award the winner $100,000. With Jamie Bell, Frank Grillo, James Badge Dale; directed by Tim Sutton.

Girls of the Sun (not rated, 1 hour, 55 minutes) A Kurdish female battalion prepares to take back their town from extremists. With Golshifteh Farahani, Emmanuelle Bercot; written and directed by Eva Husson.

Plus One (Not rated, 1 hour, 39 minutes) Longtime single friends Ben (Jack Quaid) and Alice (Maya Erskine) agree to be each others' plus one at the many, many weddings they're invited to over the course of one summer. With Ed Begley Jr., Beck Bennett, Finn Wittrock. Written and directed by Jeff Chan and Andrew Rhymer. 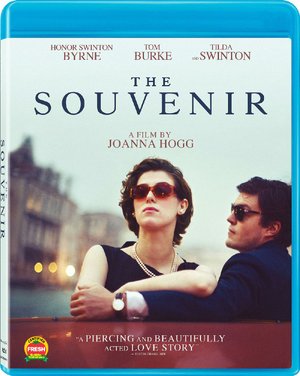