Waitress at Northwest Arkansas restaurant given car as tip

A waitress at Abuelo’s Mexican Restaurant in Rogers credits divine intervention after two regulars gave her a brand new car as a tip.

Maria Elena Barragan said she had just finished serving restaurant regulars David Harrison and his wife, Shelia Harrison, on Aug. 2 when her manager told her the couple wanted to talk to her before they left.

“I got scared at first because I thought I was in trouble,” she said. “They pulled up some seats at the table and told me how much they appreciated and loved me and then they presented me with a gift bag.”

Inside the bag, she found papers to a 2019 Buick Encore in her name.

“I told Mr. David Harrison that I couldn’t accept it that it was too much and he said ‘Elena it is because God led me to do it,’” Barragan said. “I didn’t take it as a tip. I took it as a gift from God.” 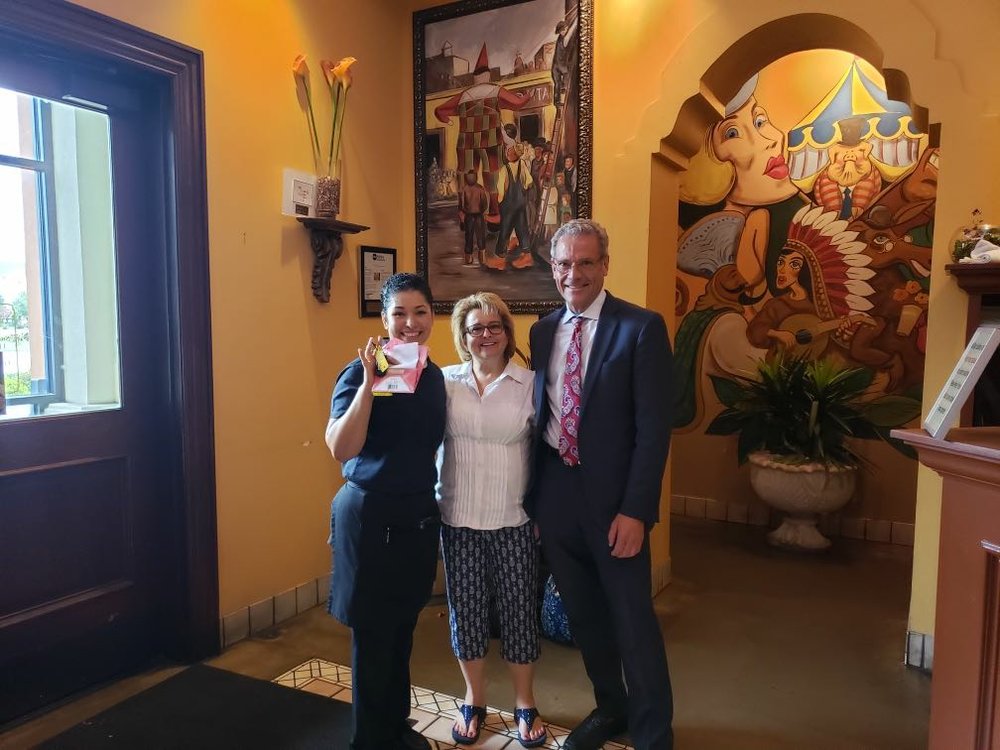 After her double shift at work, Barragan quickly called her kids and told them to meet her in the parking lot because they were going to McDonalds.

“They were like, 'But Mom it’s late and we already ate' so I told them we were getting shakes and to meet me out there,” she said.

Barragan’s previous vehicle was a 2005 Trailblazer, so when she drove home in a 2019 Buick Encore it sent her kids for a loop.

“They thought they were getting kidnapped,” she said with a laugh. “When I stepped out of the vehicle they couldn’t believe it. They thought something had happened to the old car and that it was a rental or something. They thought I was kidding. My kids are still in shock.”