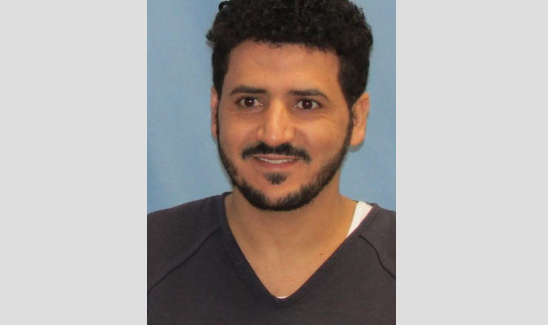 Bilal Al-Rayanni was arrested on June 27

Federal officials announced Friday that a Helena-West Helena man, Bilal Al-Rayanni, has been indicted by a federal grand jury in Little Rock on charges of supporting a terrorist organization in Yemen.

Al-Rayanni, 28, who is also known as Bilal Kassim Alawdi, is a Yemeni national who was first indicted in the Eastern District of Arkansas on July 11 on a charge of providing a false name on a passport. A superseding indictment filed Thursday adds a charge of providing material support to a foreign terrorist organization, namely al-Qaida in the Arabian Peninsula.

Al-Rayanni has been in federal custody since originally arrested on the passport charge on June 27, according to U.S. Attorney Cody Hiland, who announced the indictment alongside John C. Demers, assistant attorney general for national security; Assistant Director Mike McGarrity of the FBI's Counterterrorism Division; and Diane Upchurch, special agent in charge of the Little Rock field office of the FBI.

He admitted in a subsequent interview with State Department and FBI agents that his true name is Al-Rayanni, but that his father had illegally purchased a United States visa from a man in Yemen named KassimAlawdi and used that documentation to fraudulently obtain a U.S. passport for him in 1992 under Alawdi's name.

Al-Rayanni told authorities that he learned his real name when he was 10 to 12 years old, but has continued to use the Alawdi name to obtain or renew U.S. passports in 2002, 2008 and finally in 2019, according to the complaint.

The penalty for providing material support to a terrorist organization is up to 20 years in prison, while the charge of providing a false statement on a passport application is punishable by up to 15 years in prison. Both crimes also carry a potential fine of up to $250,000.